The Case For Double Blind Tests

Read any audio website or print magazine and eventually there will be a recommendation for a double blind test. Most proponents of such experiments believe that whatever the manufacturer claims about their components could not pass such a test. So what exactly is a double blind test? Here is, in part, one definition: 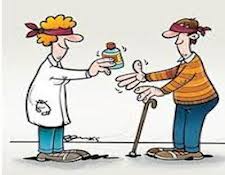 " A double blind test is a scientific test in which neither the test subjects nor administrators know who is in the control group and who is in the experimental group." (www.wisegeek.com)

The theory is that when neither the test subjects nor the manufacturer knows when a particular product is being used, a truly unbiased evaluation will be produced. Such testing, the proponents usually claim, will always cause the product to fail. Because most manufacturers do not participate in double blind tests is proof they know their products will fail- or so goes the theory supported by the test advocates.

Manufacturers start with a vision of how they want to build something- a desired goal if you will. In high end parlance that goal will include the capabilities of the product as well as its sonic capabilities. Engineers and designers will then work to achieve those goals. Individual component parts that make up the product will be tested to assure that compliance to the design is met. 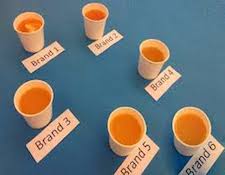 When R&D has been completed prototypes will be built and testing on a completed product scale will begin. If some part of the component's function fails to measure up to the desired goals, the prototype will be modified to find a way to correct the non compliance. Sometimes, one issue cannot be completely corrected without affecting something else that may well be meeting the design parameters. In that instance, compromises must be made. I feel confident that every high end component ever built has seen some measure of compromise at some time from inception to production.

When all design and testing has been completed, the company releases the product to production and then to the general public. At that point it meets the designer's goals, or at least the compromised goals. That eliminates the need for an independent, non repeatable, double blind test. It is also likely the chief reason manufacturers don't do them. They're just not necessary because the manufacturer already knows the product performs as designed. At this point it is up to the consumer to decide if that design is to their liking or not.

Another issue is the test itself. Regardless how carefully the test may be administered, as it applies to an audio system, it cannot account for the effect different components have on sound quality. Unless everyone who may ever buy the tested component uses exactly the same ancillary equipment as was used in the test, the results will always be skewed. If the test was conducted on more than one day, or by a different group of reviewers, then a whole different paradigm will be introduced. Finally, there is no guarantee that how components sound in one listening room will be identical in another, which will, once again, seriously compromise the test results. 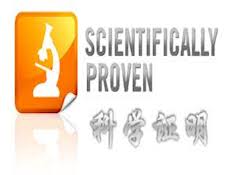 I strongly suspect that the majority of those that clamor for such testing would not even believe the results if the test corroborated the manufacturer's claims. They would likely say that something was amiss. Only in the instance of complete and total failure would they then shout and yell, "see, I told you so!"

Double blind tests may be a really good thing if a company wants to confirm the veracity of a new type of aspirin, for instance. When it comes, however, to audiophile grade components I cannot see how they are any more than a waste of time. In the past I have tested components in my system and found them not to my liking. I have tried others and loved them. At the end of the day, I see that as the best barometer of what works and what doesn't. Because I consider myself the best available judge of what sounds better, or worse for that matter, to me, to my own ears in my own listening environment. I simply don't need some obtuse form of testing to tell me whether or not I like something.

Judge for yourself if that cable, amp, speaker or other component supports the manufacturer's claims. Being biased by a test performed by strangers in an environment different than your own is not the best way to decide on something new. Listen with your heart and buy with your head. You'll probably be glad you did.