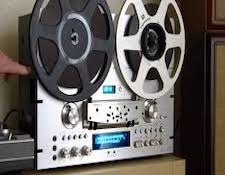 My first audio system, purchased way back in 1972, was a very simple affair. It consisted of an integrated amp, turntable and two speakers. Like my friends of the day who were also into audio, we dreamed of the systems we would love to have but could not for one simple reason - they were way too expensive.

I remember a movie, the title long ago forgotten, with a nice office adorned with Pecky Cyprus paneling, large plants, a beautiful executive desk and atop the credenza, an audio system with a reel to reel squarely in the center. Because in those days, the truly world class audio systems usually had reel to reel tape recorder.

With our undeniable penchant for sonic improvements, we look to any and all available means to better the sound our systems produce. We try any number of technologies, some widely accepted and some not, in an effort to improve what we hear. Such improvements, we euphemistically tell ourselves, are the clear path to better and increased enjoyment of a song. 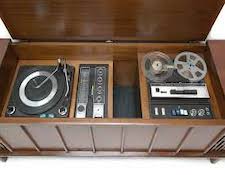 We try new technologies as a means to fulfill our sonic goals. Right now, streaming is possibly the "soup de jour" in modern day audio. And why not, it combines an acceptable level of sonic quality with cost containment, ease of use and immense accessibility to music. Because of these factors alone, streaming has become a major force in recorded music. Business models have shifted to accommodate the furtherment of this increasingly accepted musical technology.

I suppose it must be about two years or so ago, but I began to notice cassette tapes available, arguably in limited numbers, alongside CD's and LP'. Suddenly it became possible to log onto a consumer web site, choose a new work by an artist, and purchase that work as a CD, LP and a cassette. Depending on the web site, it was even possible to stream the selection, albeit as less than CD quality. I wondered if reel to reel would follow a similar, circuitous route. 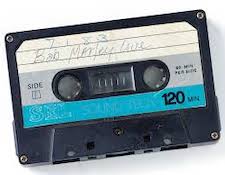 My earliest audio wish list was for a reel to reel. I reasoned back then that all truly remarkable systems had them. Now to be sure, as a young teenager, I had hardly left my neighborhood unless with my parents. I had never even heard a reel to reel so why my fascination with them? Because they looked really cool number one. And many of the systems I saw in pictures of then audio magazines with components and speakers I dreamed about had 15ips reel to reel players. By the mid 1980's the digital era had fully begun, and my dreams and aspirations had changed to whatever the best CD player was at the time. Oddly enough, I cannot remember any one particular brand that excited me, only dreaming about having the best.

With the inexorable march of digital, much like the path streaming is taking today, reel to reel specifically, and analog in general began to lose favor with people buying audio systems. Not totally of course as there were many audiophiles who never lost interest in analog. LP's never fully went away. Reel to reel presented a particular problem since then as now, playback equipment was not all that widespread, and the availability of tapes was limited. 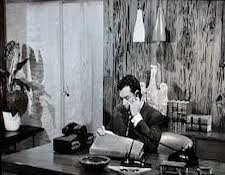 Let's fast forward about forty years and now, reel to reel is making a comeback - so to speak. Going back a few short years finds most of the playback equipment as rebuilt version of 1970's, 1980's production models. Now we have, and of course currently on a very limited basis, some new units being reproduced. And guess what? They sound amazing. All of them.

I first heard a reel to reel in modern times at an audio show a few years ago. There was a classical piece playing and the overall presentation was startling. It sounded like I was in the concert hall in row 5, center section. Huge dynamics. Clarity, accuracy. It had it all. This particular player also carried a $25,000 price tag. Worse still, the tapes sold for anywhere from $300.00 to $600.00 - each. They also had very limited distribution. 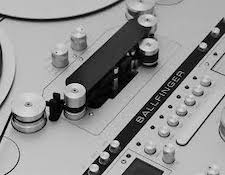 Just like the saying "it's hard to keep a good man down," reel to reel is enjoying increased popularity. Better availability of playback equipment and tapes is burgeoning, although the players are overwhelmingly rebuilt units.

There are exceptions, like a unit from the German manufacturer Ballfinger - at a not surprising cost of up to almost $30,000. There are others, on a very limited basis showing up mostly at audio shows. There is greater availability of tapes and prices slightly lower, on average, than five years ago. I wonder how long it will take for R2R to gain a more widespread popularity?

Make no mistake, reel to reel will never be as popular as CD players were, and to whatever degree they still are. Reel to reel tapes will never be as easily available as an LP or CD is today. Never mind streaming. Yet despite this, for those who have made the investment and embraced a yesterday technology today, reel to reel quite possibly represents the apex in what is sonically feasible. It is very likely the closest the average audiophile will ever get to something on a recording studio level. 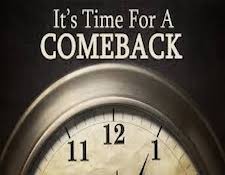 Regardless of what anyone may think of the availability of equipment, cost of equipment and tapes, and even sonic greatness, it cannot be disputed that reel to reel is a reborn technology effectively dead thirty, forty years ago. And now, it shows signs of renewed life, very likely causing more ripples in the audio water than exist already.

Some will champion the return of reel to reel. Some will not. Others will not even care. But for those few, those very few, reel to reel will be a sonic revelation and one that will have to be heard to be completely appreciated.