Talking Too Much About Audio?

Recently, I decided I would augment my collection of kitchen knives. My go-to knives are the Classic series by Wusthof- the fine German cutlery manufacturer. In this series I have a 10" chef's, 10" bread, 8" boning and a 3-1/2" paring knife. The paring knife needed to be replaced as I had sharpened it to the point where there was almost nothing left of the blade. 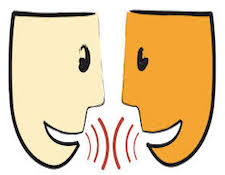 I went to Sur La Table at the mall and found the "reference" name in knives. Bob Kramer Signature Knives made by Zwilling J. A. Henckles. Bob Kramer is a world renowned, master bladesmith whose personal, hand made knives start at somewhere around $10,000.00. Normally, he auctions them off and donates the money to charity. To buy one of his hand made knives one usually waits several years.

His production knives are made by Henckles in Seki City, Japan to his exacting specifications. The metal is a special formulation 52100 carbon steel with a blade angle of 15 degrees on both sides. Because of the different angle than the Wusthof knives, and the carbon steel construction, these are incredibly sharp, incredibly durable blades. With proper care these knives will last a lifetime. I purchased an 8" chef's knife. 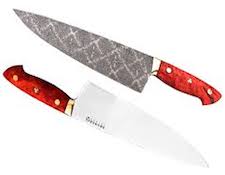 I also decided to treat myself to a new paring knife. For this I went all out and again, chose a Kramer Signature Series, Damascus Steel, Chevron Etched paring knife. Damascus Steel is a little different than carbon. It has an SG2 core with fifty alternating layers of nickel and stainless folded repeatedly to give a total of 101 layers. It is then black etched in a chevron pattern. The handle is made from a Linen-Micarta material which is very durable. In addition to their quality, these knives are stunning to look at.  They can also be made so sharp they are quite nearly surgical.

Of course, to have knives of this caliber one needs to keep them extremely sharp. Sharp knives cut food, dull knives cut hands. So I went online and purchased a 400 /1000 grit waterstone, a 3000 / 6000 grit waterstone, a Nagura stone (used to clean the sharpening stones) and a leather strop that included three sharpening and polishing compounds to put that final touch on the blade.

Are you yet wondering why in the name of confusion I'm making such a big deal out of kitchen knives on an audiophile web site? 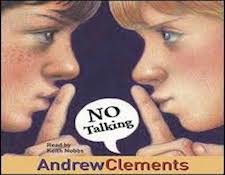 Of all my close friends, none are really interested in high end audio. Sure, they all love my system, praise it's remarkable sound and universally have no interest in talking about it with me. If I were to tell them I moved a speaker a 1/2", improved the center image and gave myself more depth in the soundstage they would smile and say, really? And change the subject. If I were to try to tell them I'm considering a new component they would ask me why? Is it not good enough? Well, no, not really. Much though it pains me to admit it, my friends aren't audiophiles. And that's not wrong.

I could spend all day in a group of audiophiles listening to music and discussing those topics near and dear to all high end enthusiasts. I never tire of talking audio. I've also come to realize that I'm in a fairly small minority of those that derive equal enjoyment, as do I, out of the subject. In my immediate circle of acquaintances I am very literally, all alone.

This fact was recently made clear to me by someone I didn't know all that well. I was having dinner with some friends and several people whom I had never met when someone asked me how my system was sounding. That was pretty much all it took for me to get really excited and drone on, admittedly too long, about high end audio. Finally this person basically announced "lets change the subject." I was a little shocked at his abruptness and also realized he was absolutely correct. I needed to change the subject. I was elaborating far too long on a subject about which I was the only one interested. Essentially, no one but me cared about stereo systems and I was forcing them to listen to me.

I just thought the diatribe about the knives was a good parallel and an example of how we, as audiophiles, if we're not careful, can bore the heck out of those around us who are not.

Something to think about.