Review Leads That I Will Never, Ever, Use 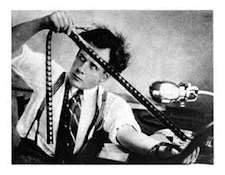 The art of writing is inexorably tied to the act of editing. Over the years I've probably deleted as many words as have actually seen the light of day. Here are just a few of the leads that have never graced my reader's pages or screens...until now

It's rare to find a pair of earphones that so accurately represent the sound of their designer's reference. Too bad that reference was the rear trunk of a Chevy Vega.

I know you are going to think I'm a total dick for asking this, but this power amplifier performs almost exactly like the last one, so why is it $10,000 more?

Some products deserve a swift and merciful death while others, like the original Saab 96 and Miele Red Velvet vacuum, should be made forever. Unfortunately, this DAC is one of the former.

It looks good, is attractively priced, and has great specifications and features, but why, oh why, does it sound like death warmed over?

Although their new top-of-the-line cable looks usable, if you try to bend it more than 90 degrees you're almost guaranteed to get a hernia.

One day, before I die, I hope to hear a stereo reproduction system that is indistinguishable from a live performance. Too bad, this ain't it.

The first sample was DOA. The second sample worked for a week. Anyone want to venture a guess on how long the third one has lasted?

You can never be too rich, too slim, or have too much bass. Well, Ok, you can be too slim...

Of all the preamps I've reviewed, this is definitely one of them... (stolen from J. Gordon Holt)