I read a science fiction novel some years ago that I would like to use in introducing this article. Unfortunately, while I remember that it was called "The (something) Girl"; that Larry Niven wrote favorably about it in its liner notes; and that the cover of the paperback version was mostly dark blue or purple, I can't, for the life of me, remember what that missing word in the title was, or who wrote it. 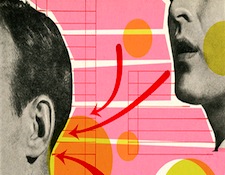 In it (whatever it was called), a rich, brilliant, geeky and, probably for excellent reason, unloved young man builds a fully articulated, absolutely believable-looking and complete in every detail, feature, and texture, female humanoid robot to be his lover.

Key to its perfect operation and the fulfillment of his dreams, it (henceforth "she") is equipped with the equivalent of a fully human sensorium, with all five of the normally-listed senses, including touch, plus all of the little lesser senses and awarenesses (temperature, pressure, proximity, and so on) that make human beings what and who they are. These things are all packed into a beautiful "body" with a genuinely far-advanced electronic brain and an Artificial Intelligence fully capable of passing any Turing Test ever devised.

There's a problem, though: If I remember correctly, the first time she's turned on and allowed to view the world, she blows-up. Or maybe blows-OUT would be a better word. Whichever it is, what happens is that, with all of the thousands and thousands of sensors of every kind built into her body (just as many as in a real human being) and with no prior experience to enable her to determine which of the myriad bits of information, all coming at her at the same time, are of greater importance and which are of less, she tries to accept and deal with all of them as if they are of equal priority and simply overloads, falls down, and requires extensive repair work - including a whole series of pre-programmed filters and screening/prioritizing programs - before she can try again.

The fact of it is that - as is one of the themes of the story - it's not the having of vast amounts of information available to us that makes us human, but how we LIMIT that information, catalog it, prioritize it, and select some portion of it to be part of our ongoing life experience, while on some other, unconscious level, abandoning or disregarding the rest of it as irrelevant and inconsequential.

If you think I'm kidding or wrong, think about this: At this very moment, you are probably in a room; probably wearing some items of clothing; and probably sitting or lying down to read this. Were you - before I now mention it - aware of the temperature of the room? Of the feel of your clothing on the various parts of your skin that it touches? Of the different feel of the air on your skin, where there is no clothing to cover you? Were you conscious of the feel of your butt on the chair or couch that you're sitting in? Or the feel of your whole body on whatever you're lying down on? Were you noticing the music, TV set, or radio playing in the background? Or the people talking? Or, if that was the case, the silence? According to experts at Purdue University and elsewhere, the average ambient noise level in a quiet suburb is 50 dB A; did you notice it, or were you too busy reading? 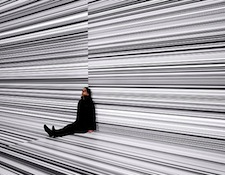 The fact of it is that we are filtering everything - every single bit of information, every sound; every sight; every feeling of touch, temperature, or pressure - all the time; and for exactly the same reason that "The ________ Girl" needed reprogramming: Because there's VASTLY TOO MUCH OF IT COMING AT US ALL THE TIME, AND WE, TOO, MIGHT OVERLOAD IF WE HAD TO PROCESS IT ALL.

Consider, first, the example of sight: With only the rarest of all possible exceptions, we practically NEVER look at just one thing. Everything has a background; every background has other things in it; and every single one of those other things has a shape and a size and a color and a spatial relationship to every other thing and to the thing that we want to look at. To a very substantial degree, because our eyes can be focused, we can narrow our field of vision to concentrate on what we want to see, but it's not possible, just by changing the direction we look, the dilation of our pupils, and the focal length of our eyes' internal lenses, to physically focus so tightly as to eliminate everything that we don't want or need to see. And yet, because a very significant portion of what our eyes pick up is irrelevant, distracting, or simply of no interest to us, our brain filters-out all of what we don't want to see, and leaves (to a very substantial degree) only what we do. It's necessary. Otherwise, we'd never be able to do such things as driving a car or reading this article.