Physical Media - Will it Be Abandoned for Streaming? 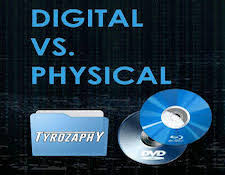 Any audiophile with more than a few years in the audio hobby will, in all probability, have some measure of a collection of physical media. Music collections, however large or small they may be, have generally been cultivated over years of buying music. Looking back, it was not that long ago quite a few high performance media outlets were occasionally highlighting, and sometimes even touting a storage method for LP's and CD's. Articles appeared on popular differences used to catalog one's music collection - alphabetically, by genre, or some varying classification methodology. Streaming has effectively changed all that.

I have stated more than enough times my preference for CD's copied to and played back through a music server. As such, I don't see the need to rehash old news. I do, however, maintain LP's, CD's on a server and I also stream. Is that consistent with most audiophiles? Or is audiophilia foregoing physical media in sole favor of streaming? 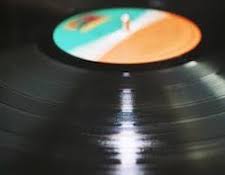 One truism regarding our hobby is that many of its followers are older. Fair enough. That also seems to suggest older audiophiles adopted the hobby long before, probably decades before streaming was even a thing. I must imagine there are physical libraries of music, whether an LP, CD or CD copied to a hard drive being enjoyed to some degree by the average audiophile.

If you support the notion that vinyl has been enjoying a reformation of sorts, and honestly, I'm not sure how anyone could not, it is plainly obvious that right now, vinyl LP collections are on the increase - oftentimes alongside streaming. I'm guessing here, but I would imagine there are more audiophiles who enjoy both analog and digital as opposed to singularly and exclusively one or the other. I fit the "both" category for sure. 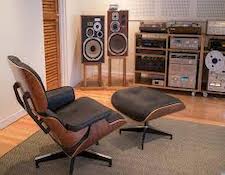 Had the advent of music servers not taken place, I would likely be unquestionably entwined with streaming - if for no other reason than convenience. While it might not be wise to admit, I'm basically a lazy music listener. I don't really want to keep jumping up to change CD's. And to be really honest, I'm not happily fascinated with the practice of getting up about every twenty minutes to change or flip an album - although there are those days when I do exactly that, willingly even. With the size of my collection of digital music on my server, I can just let Roon do the "walking through my music library" for me. I'm curious, is that one reason why streaming has become so popular? Lazy audiophiles? I wonder...

Streaming has, nevertheless, become the de facto method most often chosen to listen to digital music. And because most streaming sites have so much music available, has that fact alone relegated physical music collections to the annals of history? Because it is far easier to stream something than load a CD or clean, play and flip an album, has streaming effectively supplanted either or, both? What about the server, has it lost, or is it losing the lion's share of its popularity to streaming? 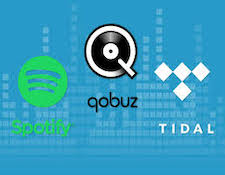 While I do not really stream music all that often, when I do, I am impressed at the availability of content. I have brought up artist's names in a search, selected all, and discovered works I did not know even existed. Perhaps my favorite attribute for streamed music is when a friend or guest is over and requests a song or an artist I do not have. While I still maintain the susceptibility of the sonic quality level of streamed music, I cannot deny the availability and access to almost any artist one might imagine is very impressive. I can possibly see myself one day using the Internet to listen to music. Although not anytime narrowly soon.

For most audiophiles, however, and especially the lazy ones like myself, I suppose streaming is perhaps a better mousetrap than physical media. No storage solutions. No cleaning of an LP or stylus, no demagnetizing anything (if anyone even does that), no loading a disc and pushing play, no none of those irksome tasks. 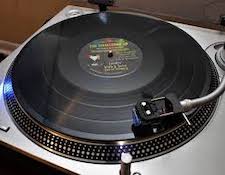 Only one problem - many people like, prefer even, going through the motions of physical media.

For LP's, perhaps more than physical CD's, audiophiles in general, and those who prefer analog specifically, will admit a certain satisfaction in moving the cue lever forward and watching the tonearm gently lower down to the record. And you know, there IS a certain satisfaction in doing exactly that. More than a debate between the sonics of digital or analog, sometimes the act of actually playing a record is as enjoyable as the music itself.

Of course, it is also worth mentioning the practice of holding an LP cover, or a CD jewel case in one's hand and reading the information contained inside. Yes, I absolutely realize many of the playback programs available today can deliver much of that same information. I see this in some way as the difference between driving a car in a video game and driving a real car. For many, it's just not the same. 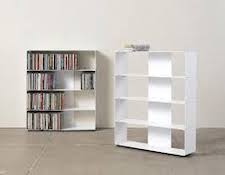 So where does this leave those audiophiles with a decided preference for physical media? It is certainly a conundrum - especially when articles are in abundance regaling the simplicity and freedom of streaming. How can a physical library of music, regardless of the size, compete with that?

There will, quite naturally, be audiophiles with a complete and total preference for physical media. Analog proponents especially fit this category. There will also be those with the same devotion to streaming. Most of us fall somewhere in the middle. We might like streaming but also have those days when an album or CD fits the bill.

Regardless of which route anyone may actually take, one thing is for sure - however an audiophile chooses to listen to music is mostly irrelevant. The real answer to the question is only that they listen.