Unless you live under a rock or cut all of your cables, including the Internet, you likely have heard the comment "OK, Boomer." which, became popular when a young woman named Clohe Swarbrick reacted in November 2019 to being interrupted by a member of New Zealand's parliament while giving a speech about climate change (but has origins dating back as far as 2015.) 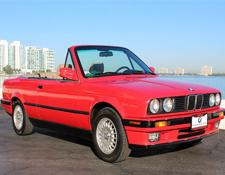 Her retort became a viral meme as a protest about Generation Z's disgust over older generation's ambivalence towards the topic. Her deadpan quip was widely picked up by global media outlets thus becoming a viral moment. Ironically, according to Wikipedia the average age of the New Zealand Parliament was 49 years old which makes them, on average much more Generation X, who tend to look at issues like climate change more like Millennials and Gen Zs. It is unclear how old the person disrupting Ms. Swarbrick's speech was but that's not really the point.

"OK, Boomer" is as much about complicity as anything. The Millennials and Generation Z feel like little is being done about climate change (and other topics like student loan debt) in politics and potentially foreshadows an age when these younger generations will vote in larger numbers. The upcoming 2020 United States election will be a litmus test on this concept but that is a good year away and we are here to talk about audio, right?

Let's get this fact out there up front: without Baby Boomers there is no audiophile hobby or business as we know today. Simply put, the Boomers made the hobby over the past four plus decades. They designed the most famous and well-reviewed gear. They built and ran the stores that sold the systems. In larger and larger numbers, even though some morphing into Yuppies in the 1980s, Boomers continually powered the specialty electronics business. There is no denying that fact but as we head into 2020, Baby Boomers are older consumers and the hobby is at a meaningful and troubling crossroads. 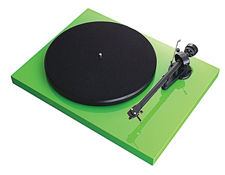 How many $20,000 preamps will sell designed by an 85-year old audiophile designer 10 years from now? How many more 73 year olds need another pair of $35,000 speakers in the next few years? Some, but the future of the hobby and especially the audiophile business is to attract new buyers. The good news is that Millennials and Gen Z love music - especially streaming music. They love experiential events, perhaps over physical item but an audiophile system can deliver that goosebumps effect which could appeal to them.

The question I ask to AudiophileReview.com readers is: are we complicit to the downfall of the hobby or is there something that we could do to help be more welcoming to a hobby that is still very much focused on a solo listening experience based around expensive and esoteric products? The hobby tends to be drawn to old technologies be it tubes, vinyl or even "NOS" (not on sale) vintage DAC chips when we have better alternatives such as Class-A electronics, HD digital files (streaming or download) that are exact copies of the master recording not ½ the dynamics like with vinyl and digital playback devices that have both bleeding edge performance but also meaningful room acoustics, accommodations for subwoofers and beyond.

How can the audiophile community be more inclusive and engaging with the large numbers of the next, music-loving demographic?

Here are some out-of-the-box proposed solutions that we can maybe act on:

There will come a day, sooner than later, when the audiophile hobby-business will need to be powered by a new generation of buyers. What is the legacy of the Boomers who got it to the highest of heights? Are you complicit like the many in the GOP on climate change? Do you deny science (like how a 14 bit, 33 year old DAC chip somehow performs better than today's state of the art DAC chip sets) to promote esoterica? Or do are you willing to embrace the future, change and work towards the future success of audiophilia? It isn't as easy to do as the words are to write but I will take on the challenge if you will. Comment below what you can do and what ideas you have to add to the discussion. We love to hear from you.