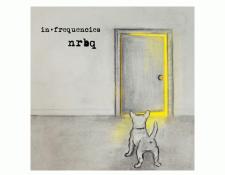 There is a great new album of rare and previously unreleased recordings by NRBQ coming out in early October on Omnivore Records. You should get it because the songs are great, the performances sublime, it sounds great and overall it is a bunch of fun (as NRBQ albums tend to be!). More on that in a moment...

I recently wrote a review about a new album by Ireland's Pugwash called The Good, The Bad and The Pugly  (click here). It's a fine record and enjoyable listening experience that actually sounds really good even though it is comprised entirely of leftovers alternates demos and such from various points in the band's career. 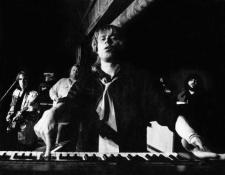 Elvis Costello has released several compilations of non-LP tracks including one that came out in 1980 hot on the heels of two of his breakthrough records (Get Happy and Armed Forces). Taking Liberties was released in the United States and in the UK there was a companion album -- Ten Bloody Marys & Ten How's Your Fathers  -- which had a few different tracks on it and a completely different cover and sequencing. These are essential releases if you're an Elvis Costello fan, even if you have all the singles!

Heck, The Beatles put out a six CD series called Anthology and that barely scratched the surface with regards to the unreleased material in the vaults. 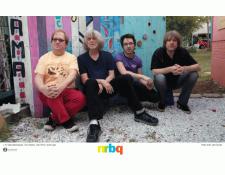 My point is: the leftovers, lost-masters and left-behinds from artists of this caliber are often better than the primary releases by others. And so it goes for NRBQ's latest.

Called In Frequencies, the album features 16 great new Q-hits-to-be, opening with a haunting instrumental "Dogwood Winter" which leads into the cheerful and rollicking "Get Real."  One of my favorite tracks here is an urgent soundcheck live concert reading of "It's A Wild Weekend"   The song is based on a 1962 hit instrumental by The Rockin' Rebels called "Wild Weekend" -- NRBQ added words to make the song their own. 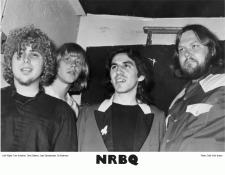 In Frequencies is coming out on limited edition gold colored vinyl as well as standard black vinyl and CD.  The CD sounds real good (especially in the car if you still have a car stereo) but really you'll want to get the long playing vinyl record to hear this music in all in its glory. The sound is bigger on all levels resulting in a listening experience that is more open, airy, rich and resonant.

Consider the third track on the album, "Sho' Need Love" -- a beautiful, quasi- psychedelic single issued under the name The Dickens (on Scepter Records!). This project started as lark and ended up getting record executives fired and along the way created a highly sought after collectors item (click here to read the full story as it is pretty amazing!). Featuring trio vocals by Joey Spampinato with Donn and Susan Adams, it is oddly (very loosely) reminiscent of Led Zeppelin's "Battle of Evermore" (on uppers, perhaps). 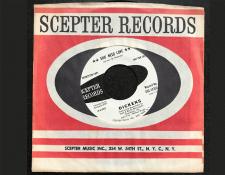 On the CD the song sounds nice but on the LP you can really feel the chiming strummy acoustic hippy guitars and the hypnotic, layered-sounding (probably "treated") piano arpeggios, tripping along like some bent sort of Cimbolom staggering home from the bar. Of course. the star of this show is NRBQ road manager Dominick Placco's raw ripping guitar freakout solo, which feels just right with amplifier tones and studio ambiance coming through the speakers.

Mr. Placco didn't know how to play guitar, by the way...

Kudos and applause must go out to uber Q-fan and Mastering Engineer supremo (and friend) Gary Hobish of A. Hammer Mastering. Once again, Gary's work impresses as he somehow weaves his magic mojo to balance all the music into a coherent good sounding record like In Frequencies. Its not easy to make all this music sound consistent from track to track, especially considering it traces pretty much every era of the band across a multitude of formats, raw recording sources and production styles. From sound-checks, live concerts, radio broadcasts and rare singles, digital to analog and probably everything betwixt and between, this album sounds remarkably sweet start to finish. 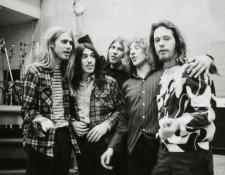 In Frequencies won't be found streaming or in downloadable form anywhere initially... which I think is pretty rad. I mean, if you are an NRBQ fan you know you're going to want a physical copy of the album so you can hear it in its best possible fidelity and read the copious liner notes (and super groovy pictures). Plus, you know you're going to want to support the band! Trust your gut. Trust reviews like this. If you follow my writing you know I almost only write about albums I genuinely like, so you won't find me dissing an album unless there is some horrible technical glitch I need to alert you about.

I think you get the idea. NRBQ's new In Frequencies is great. It is a rarities collection but nothing here is throw-way or sub-par (is it ever with NRBQ?). No, this is "just" another great NRBQ album, which is reason enough to celebrate. And the world is a better place because of it.