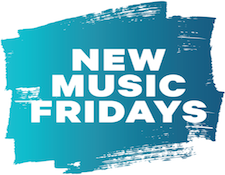 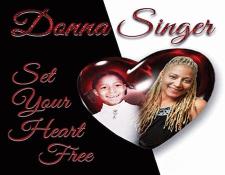 Versality describes the career of Donna Singer. She has performed in small nightclubs, Lincoln Center, Carnegie Hall and almost everything in between. She has performed extensively in the US and all across Europe. She has performed at festivals and even once sang the National Anthem at a Miami Dolphins Football Game. In her latest release of jazz flavored tunes, Singer imparts her vocal skills, which are obvious as soon as track one begins, in a collection of mostly upbeat songs. She is partnered with Mitchell Uscher and Roy Singer who wrote and composed most of the music. She sings of having dreams, of passing from childhood to adulthood, about parents raising children and the real word complexities life offers. Her voice is very easy to listen to, her range is admirable, and I found this work to be completely enjoyable. My favorite track was number one, "Destination Jazz." Not only is it a real toe tapper, it starts the entire work off right. If you like a collection of energetic songs about real life issues, Donna Singer has you covered. 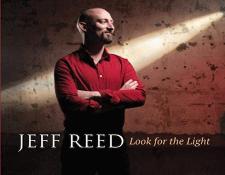 In the course of my normal listening habits, I am not typically drawn to works with a bass as the primary instrument. Less so for works with a stand-up acoustic bass. "Look For The Light" is perhaps an exception. Jeff Reed, in his first release, does an excellent job of making the bass the primary instrument but also intersperses trumpet, clarinet, guitar and drums in so well I never really got the impression I was listening to a work principally centered around a bass guitar. The inspiration for this work was the birth of his son and to a certain extent, the passing of the Mother of drummer Eric Kennedy. Track one begins with a lovely bass solo until the rest of the instruments begin to seamlessly blend in. With the horn section so prominent throughout all nine tracks, there is a certain vibrancy and a likely explanation why I found this work as enjoyable as I did. Jeff Reed has appeared on some fifty albums, but he saved some of his best work for his inaugural release under his own name. 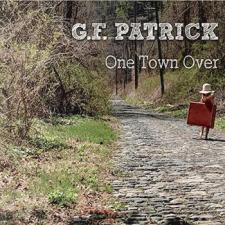 G. F. Patrick - "One Town Over" Need To Know Music

What would the world sound like without a little country music? I can't answer that question and, as it turns out, with the debut release of "One Town Over" I don't have to. Flowing back and forth between a more modern country sound and a folk music sound, the fourteen tracks looks at the lives of everyday people. Some of the more interesting song titles include "Mud" which is about dreams, "Truckers Song," whose meaning is mostly obvious, and "Blood On The Bottle" which deals with alcoholism and domestic abuse. Not all songs are dark in nature, "Butterfly Effect" is about the birth of Patrick's Daughter. These heady topics are performed with slick country and folk orchestrations and overall, the entire work is very well done. In his first release, Patrick succeeds in making an album that is not only very relatable, but also very entertaining, at times toe tapping, at other times mournful and all the while telling a story put to excellent music. And you can't really go wrong there. 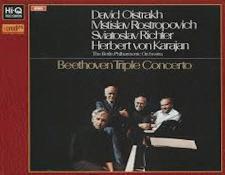 If anything might be said about this work, it would be that it is a confluence of greatness. Beethoven's Triple Concerto in C Major is a standout work on its own. With the exceptional performances of soloists David Oistrakh on violin, pianist Sviatoslav Richter, and celloist Mstislav Rostropovich, combined with the incomparable Berlin Philharmonic Orchestra, this performance of the classic Beethoven work is magnificent. While each of the three soloists are famous in their own right, they make no attempt to overshadow or upstage each other. Backed by the Berlin Philharmonic, the "Triple Concerto" is both relaxed and melodic while at the same time expansive and spacious. This is a well-known work to classical fans and while the recording quality of past works has been questioned by the public, this one is one the best that may be found. Hi-Q Records, using the remarkable JVC XRCD 24 recording process, ensures the recording translates every nuance of each movement and gives the listener an almost you are there presentation. This is a standout work and one that will be a welcomed addition to any classical music library. 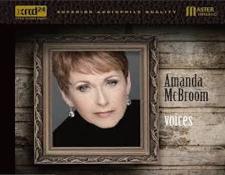 For the predominance of Amanda McBroom's career, her claim to fame was that she wrote the internationally famous Bette Midler song "The Rose." For that, Midler earned a Grammy and McBroom a Golden Globe. Not my idea of an inconspicuous beginning. "Voices," is actually her ninth studio recording, and based on a previous song she wrote titled "Voices That Come through The Wall." She describes her music as "HBO for the ears." Track number three is a remake of her famous Bette Midler song and on this version, she does a duet with country superstar Vince Gill. In my review notes I wrote "rather introspective." I think this fits as McBroom herself states "Voices" is about "love, loss and even laughter." Her music tells a story and with her obvious songwriting skills, all thirteen songs tells a unique and finely-honed story. As a music lover, there is a lot to enjoy about this release. As an audiophile I always enjoy the incredible, magnificent recording quality offered by the Hi-Q  JVC XRCD 24 process. Great music. Great performance. Great recording. Need I say more?

Note: The last two reviews are based on the recording quality and sonic presentation of the JVC XRCD 24 mastering process available from Hi-Q Records. They are normally available from audiophile retailer Elusive Disc and other fine music outlets. No other versions were evaluated and no comparisons to other recordings are therefore inferred.