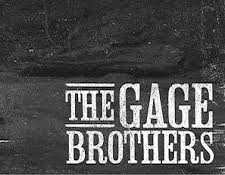 Akron, OH based brothers Ben and Zach Gage have recently released a their second work of tight harmonies based on their love of old folk tunes. Self titled "The Gage Brothers "plays on the brother's interest in folk music that tells a story. In their sophomore work, the Gage brother's duo, joined by a stellar banjo and mandolin section, tell stories about changes of all types - and how those changes affect those around them. If you enjoy the bluegrass sound you will be happy to hear that the sonics on this release are very well done. The separation on the mandolin and banjo fit perfectly with the acoustic guitar and bass. And if you live within a five-hour drive from Cleveland, OH, you can hear the brothers live as they will be touring to the major cities within that timeframe. 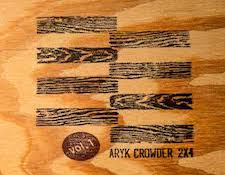 If you have spent much time in the Chicago music scene, perhaps you have heard of Ark Crowder as he has been steadily performing live in the Windy City. While Crowder's musical background is fairly diverse - he has played in a variety of bands even including Hip-Hop; the presentation on "Vol. 2" is a throwback to that trademark Chicago R&B, mostly soulful sound. While the musical presentation is pretty simple, and Crowder admitted that was done on purpose, the musicality is very enjoyable. His voice has been described as packing a "quiet punch" and I could not agree with that assessment more. "Vol. 2" is part blues and part soul, with songs about relationships about people loved and lost. My one regret regarding "Vol. 2" is that there were only five tracks. Frankly, I enjoyed this work so much I could have listened to it all afternoon. 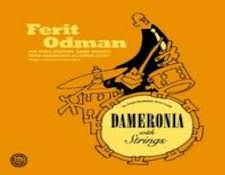 Recorded in the stunning JVC Master Music XRCD process, the new release from Ferit Odman is a collection of traditional jazz works that range from soft and melodic to uplifting. Terell Stafford accompanies Odman on Trumpet and full string section consisting of violins, viola and cello. The arrangements on this work were magnificent and are what makes it so easy to listen to.  Odman's work on the drums fit perfectly within the framework of the arrangements. Despite being simple, easy listening jazz, it is also full bodied and a joy to play. Add to that a superior recording format, done all analog mind you, and what the listener enjoys with "Dameronia With Strings" is a masterful recording of straight ahead jazz. Highly recommended. 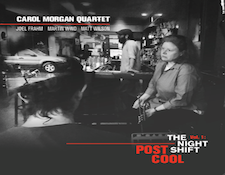 When her trumpet teacher suggested she apply to Julliard, Carol Morgan thought she was either joking or simply crazy. As Morgan reasoned, this was the school from which Miles Davis graduated and she didn't see herself in such an esteemed musical family. Apply, however, she did and not only was she accepted, she also received a Miles Davis scholarship. Post Julliard, she accepted a music teaching position in her native Texas, mostly because she had other debts to pay. After ten years as a teacher, she started filtering her way back into jazz and "Post Cool" is her sixth jazz release. While there were certainly pre written compositions, the other band members were allowed to be somewhat organic, making the recording an enjoyable experience for all. Morgan is obviously skilled on the trumpet and while a jazz trumpet has never been one of my particular favorites, I thought this work was exceptional. 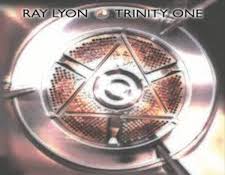 Based in Asheville, NC, a scant two hours from my Charlotte, NC home, Lyon is a keyboardist and record producer. His fifth release on his own label is an instrumental jazz work that is highly listenable and quite frankly, an exceptional work of traditional, straight ahead jazz. He is joined by noted bassist Jimmy Haslip and drummer Bill Berg and what follows is everything from a blazing synth solo on the forth track, "Ezekiel's Wheels," to soft and melodic on "In The Day Of Small Things." I was sometimes stylistically reminded of Pat Metheny and the Yellowjackets yet Lyon also manages to craft his own unique signature on the eight tracks as well. "Trinity One" was simply a joy to listen to from beginning to end.