Live Streaming Concerts - Is the Juice Worth the Squeeze 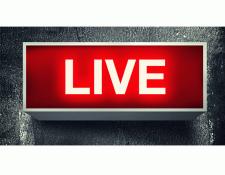 I have a lot of friends who are musicians. Currently they are all without their regular paying gigs. Many have tried online live concerts as a way to get some revenue coming in and retain some contact with their audience. Besides online teaching, it's one of their only outlets currently available. The results, from both performers' and audiences view are often less than ideal.

The first problem, from a performers' point of view is the lack of feedback, not only due to the lack of an audience, but also due to the fact that most of the performances have been solo performances. Some musicians, who are usually solo artists, have no problems performing solo. Cheryl Wheeler is a good example. She has been performing one song per day on her Facebook page for the past week or so. Since she's been a solo performer for most of her career, playing alone doesn't seem to dim her energy or performance chops. Sure, the sound isn't quite as good as her studio stuff, or my recordings of her live on E-Town, but still acceptable without noticeable low-rez artifacts. Her Collings SJ guitar sounds fabulous. 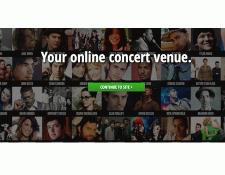 There are some groups doing "live" concerts. Almost all the attempts I've seen that have multiple musicians in different locations playing together have been decidedly underwhelming. Either the sound is sub-par or the images are little blurry postage stamps, or both. I've seen better quality from "live" shows that aren't really live, but instead bounce the tracks from one musician to another, with each adding their parts. The problem with these assembled live performances is that they feel canned - there's very little musical interplay between the players since they are not really playing live together.

One set of live recordings that display excellent production values AND actual improvisation and ensemble playing have been made by the Kruger Brothers, who are a Swiss/American trio. Their "live" streams are pre-recorded in the Kruger's studio at home and their bass player adds his tracks remotely, but in real time with them. They use a click track to keep in synch and note how the delay times between them and their bass player varies from day to day, but they can stay in synch via the click. They are so good that not only does the music sound fresh, but they look as if they are actually enjoying the process, unlike many doing "live" broadcasts. 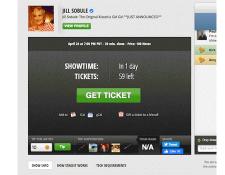 Early on in my isolation I tried "attending" a live concert via Stageit, who have many live concert offerings on their site. The one I signed up and paid for featured four singer songwriters. Each had their own fifteen minute slot in the broadcast. I wanted to hear Jill Sobule, so I paid my money and dutifully logged in at the appropriate time. It was a completely disappointing experience. First off the picture quality was bad 480P...with poor focus and more artifacts than you could count. The sound wasn't much better - phasey, with more artifact-laden sounds than I've heard since Internet radio poked through the 32 BPS barrier many years ago...There was music being made, but I could only hear a small part of it...

To add insult to sonic and pictorial imagery, about 40 minutes into the show, it stopped dead with a frozen picture and no more sound. After waiting a bit to see if it would return by itself I reloaded the page. Reloading put me back on Stageit's home page with no way to return to the concert. I will not use Stageit again. 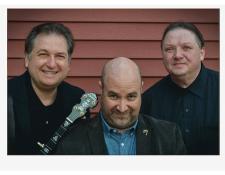 Another aspect of Stagit that I had mixed feelings about was their payment scheme. For their concert I paid $10. In addition to the $10 viewers can add "tips" during a performer's set, as well as leaving comments. The comments were gratuitous, and for a few performers, downright distracting, as they scrolled past while they are playing. Also how much should you tip? And should you tip each performer, even if you didn't really sign up to see them, but someone else on the program? I found the combination of poor production values, tipping, and comments, a less than satisfying entertainment experience.

My takeaway from my online concert experiences so far is that the quality can vary from "You are nearly there" to "Please use a Dixie Cup and a string next time to improve your overall production values." Unfortunately for music fans, there's no way to tell what kind of production quality you are going to get until you are in the process of getting it...