Listening to Your System, or Not?

It seems a foregone conclusion. Our hobby, at least in a global sense, is about one thing - listening to music. We investigate, we conduct demos of, well, everything, we ask questions, we take every precaution reasonably available all in the pursuit of hearing a song on a stereo. 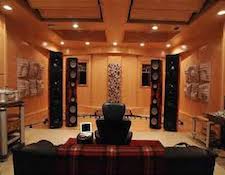 From an idealized standpoint, one utopic goal is to assemble an audio system capable of replicating live music, this despite the fact we know such an achievement isn't possible. After all, live music is live and recorded music is not. Perhaps our goals aren't so lofty, maybe we are trying to be true to the recording or recreate what the recording engineer heard when the music was recorded. Whatever our goals for a high performance system may be, we are all looking to be amazed by the sonics our systems produce. We want that emotional connection to the music. We want deep and powerful bass, wonderful midrange, and razor sharp highs. In short, we want it all.

And to whatever degree of this achievement we manage to provide for ourselves, we frequently find it difficult to explain our collective madness to those who simply view a song as something that comes from a handheld device played through inexpensive ear buds.

This past March, during the NCAA Basketball Championships, I had several of my friends over to watch a ball game that was of particular interest, cook steaks on the grill and yell at the referees. I had already decided I would not make audio a part of the evening's festivities because I didn't think there would be time for a proper listening session. Besides, of my friends in attendance that evening, only one had an entry level system and the rest couldn't have cared less about high performance audio. 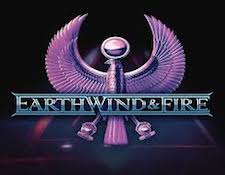 Because I had only recently moved into my new home, and had just finished my audio room, at half time someone suggested we go listen to music. So off to the audio room we went, and right away I began hearing suggestions as to what I should play. Several rock and roll bands were suggested and when one of my friends called out "put on some Earth, Wind & Fire," everyone heartily agreed.

Not ten seconds into the song, someone yelled "crank it up!" And there you have it.

My friends, save the one only peripherally, were not and are not audiophiles. Any attempt on my part to explain the hobby, to describe why they heard music in between the speakers when there was obviously no speaker there, or any other audiophile condition would have been a waste of time. All my buddies really wanted to do was to hear something high octane played really LOUDLY. This was obviously a result of not having those capabilities in their own homes. I'm sure the amplitude was somewhere slightly north of 100 dB and I couldn't help but envision a blown driver. Soon enough, half time was drawing to an end and so was our "mini" listening session. As soon as it began, it ended and we were back yelling at the ref's.

Perhaps surprisingly, of the difficulties I find in the audiophile hobby, what is not included are the components, cables, the setup, not any of that. I see that as the fun part. In fact, I can very likely, and just off the top of my head, assemble an audio system in a minute or two. No, what I find most frustrating is explaining to those around me why I am an audiophile and what the hobby seeks to accomplish.

I enjoy having people hear my system. I've conducted listening sessions for friends, girlfriends, and even on a few occasions, a contractor doing work in my home and was understandably curious. There is, however, an undeniable truth - when there is more than just myself in my audio room it is about them, not me. My enjoyment of my system then becomes secondary. They are the ones in the sweet spot, not me.

Am I being selfish? To a certain degree, yes, I am. To say that an audiophile should be able to enjoy his or her system is understandable. How that audiophile goes about securing said enjoyment might be a different matter entirely. 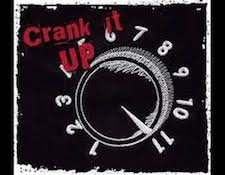 For some, listening to great music with a special someone, particularly on a weekend evening with a glass of wine, is what this hobby should be about. For others, having their friends over to showcase their magnificent system provides a feeling of satisfaction, that all the time, effort and money was not in vain. For still others, a high performance system can only best be enjoyed alone. It might be reasonably argued that there is a preponderance of audiophiles that support all three.

Maybe the more, perhaps even the most difficult, decision in audio is not about amps or speakers, maybe it is deciding on a single listening chair or a couch. In any event, most audiophiles derive the most enjoyment from their systems when musical and performance explanations are not necessary. For the average audiophile, listening to a song is about enjoyment of a song. Additionally, it is also about ferreting out the last full measure of frequency response, dynamics, imaging, transient detail, clarity and accuracy.

Regardless of how that might happen, whether alone or with someone, all we have to do is listen. And if, perhaps, the "someone else" prevents us from hearing a song both from an enjoyment standpoint or analytically, all we can really do is smile and hope that some measure of accolades or other recognition will soon follow.