Jonathan Richman's I, Jonathan on Vinyl, Tidal and Qobuz Streams 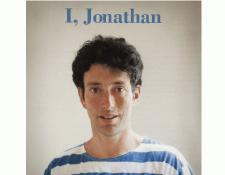 I was as surprised as you probably are that Craft Recordings has issued a spiffy, first time vinyl version of a CD-era Jonathan Richman album. Called simply I, Jonathan, the album is one that I admittedly missed back in the early 1990s, which is a shame as it is a lot of fun!

Better late to the party than never... and what a fun party I, Jonathan is!

Apparently I, Jonathan has something of a cult following because it yielded a semi underground hit song "I Was Dancing In The Lesbian Bar." He even performed it on Late Night With Conan O'Brien back in the day (click here to watch it)!

But beyond the novelties you may be wondering why you, Dear Audiophiles, might be remotely interested in a stripped down album of indie rock encounters of the Richman kind? 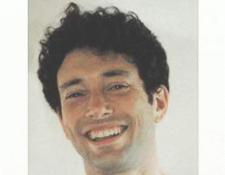 Well... purely from a recording quality standpoint, this album actually sounds really good.  It is exactly that stripped back nature -- its simplicity -- which makes the recording so compelling. Listen for Jonathan and his pure guitar -- with the only significant effects being periodic surf reverb, an occasional vibrato and perhaps a bit of amplifier overdrive -- supported by rock steady simple drums, occasional conga plus bass. Group hand claps and a chorus of chants round out the musical horizon here.

Recorded in a basement studio in Grass Valley, California, I, Jonathan just feels so organic I can't help but think that there might be at least a couple of you audiophiles out there who might geek out on hearing pure cheap amplifier tone and the sound of a (perhaps) Silvertone or Stratocaster electric guitar plugged in without much in the way of special effects.  Vintage late '50s and early '60s rock and roll sounds captured with modern technologies. 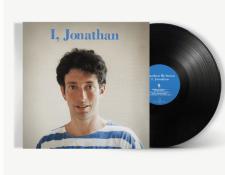 All these classic vintage vibes are wrapped up in fun songs you can dance to, making I, Jonathan instantly appealing. At times you feel like you're right in the room with Jonathan and his band ("You Can't Talk To The Dude," "Twilight in Boston").  Listen in awe how Jonathan switches up his Chuck Berry inspired tribute to The Velvet Underground -- which suddenly snaps into a convincing snippet of "Sister Ray" from White Light / White Heat -- before flipping back into the party vibe.

In fact, partying is the predominant theme throughout I Jonathan such as on the '60s garage rock homage "Parties In The U.S.A" and "Rooming House On Venice Beach."

There are fun Surf tunes on I, Jonathan including the hysterical "Tandem Jump" (a surf tune about skydiving, with airplane door sound crafted from a home dryer in the basement!). The super groovy "Grunion Run" is entirely different from the early Frank Zappa single of the same name. 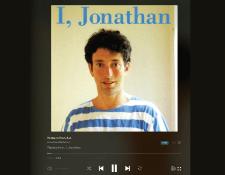 Perhaps the most joyous tune of all is the exuberant vibrato-driven love-rocker called "Higher Power." With its infectious "It's magic! It's magic" chorus hook, just try not to sing along.

Don't go into I, Jonathan expecting to hear The Beatles' Abbey Road! But for the price of admission you will hear one of the legends of indie rock in fine form and sounding excellent.

This is the guy who befriended The Velvet Underground in the late '60s -- the Wiki says he effectively interned with them in NY for a bit -- and went on to become a music legend himself. This is music from the man who wrote the proto-punk new wave anthems "Road Runner" and "Pablo Picasso" (which John Cale later covered) with the influential first version of his group The Modern Lovers (which gave us Jerry Harrison of Talking Heads and David Robinson of The Cars). This is the same fellow who later wrote unforgettable pop confections like "Here Come The Martian Martians" and "Abominable Snowman in the Market." 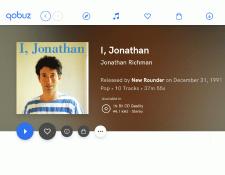 You can find I, Jonathan streaming in CD quality on Tidal (click here) and Qobuz (click here) and it sounds pretty good in 16-bit, 44.1 kHz resolution. But personally, this music feels analog at its heart -- I'm not saying it is; I'm not sure but chances are it was done digitally. This music embodies the spirit of analog so I think vinyl is the optimum way to hear it. And it does sound quite a bit warmer there, noticeable especially on Jonathan's vocals.

Fun, laughs and joy all wrapped up on a fine slab of black plastic spinning at 33 1/3 RPM.