Is Your Car the New Audio Frontier? 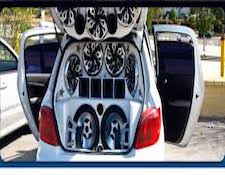 I saw recently where Sony, that venerable electronics manufacturer, built a prototype automobile and of course, equipped it with a killer sound system. It even has speakers in the seats. They are not going into the car business, mind you, they simply want to expand the role of electronic systems in automobiles.

Over New Year's Holiday (2020), I purchased a new car which has a Bowers & Wilkins premium sound system with, I don't know, twelve, fifteen or more speakers, multiple subwoofers, one or two amps, Class D unfortunately, and I really don't know what else. I have been playing around with the controls for surround sound and adjusting the equalizer for a sonic presentation different than simply a flat response.

I also have another car I purchased in 2016 with basically the same Bowers & Wilkins system. My third car has a Polk Audio sound system. They all sound, well, they sound just okay. Nothing to write home about, as the saying goes.

I never bothered to look nor am I particularly concerned about the cost to have what is purportedly a premium sound system installed in two of my automobiles. 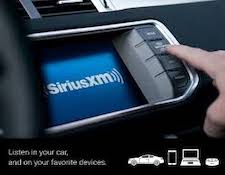 And even with all those speakers, one car has seventeen of them and two amps - one for the mid / tweeter drivers, a separate one for the bass / sub drivers - I'm still not all that excited by the sound.

Perhaps my lack of enthusiasm stems from my predominance of using Sirius XM for listening. Not even Mp3 quality. After receiving a renewal notice, I told the lady in some far away foreign land that sound quality was one reason why I was not going to pay $245.00 for a year's subscription to Sirius. I could easily tell she hadn't a clue about sonics, Mp3 or any of that nonsense.

It took a few transfers, but I finally spoke with someone who extended me the same yearly package for less than a hundred bucks.  I could also get an iPod, I suppose, fill it with music, plug it into a USB port and be happy as a clam.

Auto manufacturers have been steadily trying to up the ante in terms of music in the car. They are now euphemistically called "infotainment systems." 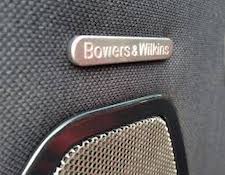 A fancy term for a fancy radio to be sure but more than that, these systems often incorporate radio, GPS, climate control and occasionally more features into one unified system. Good for the consumer I suppose, but it will require actually reading the owner's manual - something I never used to do with a new car, to see how to actually use and enjoy these complex systems. I keep wondering if any of them are materially anything more than the AM / FM radio in my 1974 Monte Carlo.

When you think about it, buying an upscale car partnered with a venerable name like B&W makes a lot of sense. Given that Samsung is the owner of B&W, their foray into automotive applications seems quite logical. More volume, more revenue, more profit. Looking at any of the higher cost "luxury" automobile brands, partnering with an upscale audio company is something they are all doing - chiefly because it helps sell cars.

This all causes me to wonder exactly where the foundational interest lies with any of these companies supplying premium systems for both home and car. Are they mostly interested in automotive because of increased sales and profits, or are they subscribing to their heritage and remaining loyal to the audiophile segment? 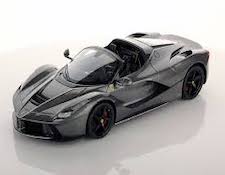 As an audiophile with a magnificent audio system, something no car stereo will ever match no matter what is done to the car, I am somewhat suspect. For companies like B&W, and the other high performance legacy names also making infotainment systems, who precisely is driving the boat? Is luxury home audio of audiophile caliber the primary interest and what is learned there transferred to the automotive segment?Or perhaps is it the other way around? Is this solely a profit derived business model aimed at extracting the last full measure of dollars and cents? Or is the quest for better and better sonic capability the primary focus and profits an important, yet secondary consideration?  We all who enjoy this hobby, it seems to me, are audiophiles first and car stereo enthusiasts secondarily. Depending on the car, because let's face it, a Ferrari or Lamborghini engine alone is really music enough, stereo is an accompaniment to the other tasks performed in an automobile - namely driving.

For the passengers, maybe suspending talking on the phone or with each other makes music more relevant. Over the years as I have traveled for business, very often alone behind the wheel, the stereo system has been a welcomed companion and a respite for yet one more phone call.

As for the future, I suppose like the advancements in our own high-end systems, car stereo will continue to get more complicated, offer more features, cost more money and very likely borrow technology from our home audio systems brethren. Car makers will continue to find more nooks and crannies to stuff speakers, like seats and headrests, and use high performance technologies, like Class D amps for instance, to bolster the notion that yes, we need to pay who only knows how much to play a song and that yes, you can get a similar experience as your world class system at home - even if that notion is pure balderdash.

Sometimes it makes me yearn for my simple radio in that '74 Monte Carlo. Well, maybe not totally.