I Can't Believe I Just Spent $150 on Compact Discs 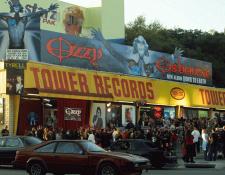 Are we back on The Sunset Strip? Is it 1996? Did we just pull into the parking lot of Tower Records? Are we going to Spago for some salmon pizza with dill crème fraiche and caviar? OK, it was just a dream. I didn't just spend $150 on Compact Discs, did I? According to a quick check of my Capital One business credit card, though, I did.

It's Super Bowl Sunday as I write this, and while my Philadelphia Eagles were kind enough to make the playoffs, they didn't make it very far, so I am left faintly rooting for our old coach Andy Reid and his Kansas City Chiefs in a game that I will watch on channel 105 on DirecTV just to see how good the 4K video looks. My level of interest in The Super Bowl is pretty low, but ripping CDs somehow has become relevant again. Talk about "everything old is new again." 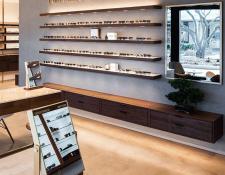 Today was a beautiful day in Southern California, a far cry from the fog fest that put us all in a very emotional place after losing one of our heroes recently. My wife, my son, and I drove up the coast a bit to Malibu for lunch and for my wife and I to get our fancy sunglasses worked on. Her Oliver People's glasses literally came undone with a screw somehow falling out, while my glasses just needed an overall tightening, which the trendy retail store is more than happy to do. While we waited for the work to be done, I slipped on a nifty pair of Master and Dynamic wired headphones connected to an old iPad, as Oliver Peoples is well known for selling a curated collection of Compact Discs, mostly from the electronic-lounge genre.

What was compelling to me was the fact that they had maybe eight full-length CDs from artists that I've just never heard of. These discs range from soul-influenced to dub reggae to indie rock and beyond. I could have snapped a photo on my iPhone and just typed them into my Pandora playlist, but that somehow didn't seem fair. I sampled as many of the albums as I could and bought all the rest before my sunglasses were repaired. The artists get paid. The retailer makes some money on their $20 Compact Discs. And I get some new artists to explore. 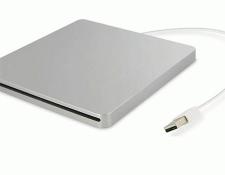 After returning from what proved to be a pretty fruitful Pokémon Go environment where my son and I scored a new Pokémon character via a raid battle, I had to sift through my pretty outdated electronics drawer to find my Apple USB Super Drive, which I have never gotten rid of despite the fact that literally zero of my software is installed via physical disc these days. This USB-A equipped drive exists only to rip Compact Discs to my internal hard drive and ultimately onto my RAID network drive, and then secondarily backed up to the cloud. Even though I have a new Sony ES-1100 UHD Blu-ray player, the silver disc is kinda dead to me at this point. My DVD-Audio, SACD, XRCD, DualDisc and music Blu-ray collection is up for sale on Audiogon.com as I type. Streaming is just as good sonically and much better in terms of cost and access.

The first thing I did when I got home from Oliver Peoples and our trip to Malibu was to rip the eight albums that I bought. They are from the likes of Rufus Du Sol, Black Pumas, Caravelle, Khrungbin, Kamasi Washington, Jungle, and more. No, I had never heard of any of these guys either, but I am digging on all of them for their dub/electronic/lounge/indie vibe. What I am going to do next is to type them into Pandora via Sonos to see how they change my loungy playlists. 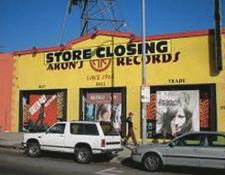 I miss badly the days when I could go to places like Aaron's Records in Hollywood and talk to someone who worked at the store (often with a bolt in his or her nose) who cared more about music than how much more money they could make doing something different than working at a record store. I would say, "I am listening a lot to acts like Zero 7" (remember: this is like 20 years ago) and they would say, "Are you listening to The Orb? Orbital? Hotel Costes compilations?" and just drop some new or somewhat familiar artists on me.

They might even go over to the Imports section and crack open a $30 Compact Disc and play it for you on the house system. They also took in trades, so all of the records that the labels sent me that we reviewed (or didn't review) could go back for a few bucks towards something new and exciting. It was about the perfect way to spend a Saturday afternoon after golf. I'd head home to the Hollywood Hills above The Sunset Strip and decide if I wanted to have my Mark Levinson solid-state amp or my Audio Research tube mono blocks powering my Wilson Audio WATT Puppy speakers with Revel Subwoofer. I would terrorize my former next-door neighbor, Neil Sedaka, with my new, stylish tunes, with a glass of good chardonnay in my hand. These were simpler times. Good times, in fact. 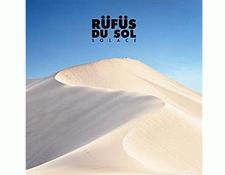 I don't know how much more physical media that I will buy beyond today's stash, but if someone is going to go out of their way to curate a collection of artists and albums that I've never heard of, I am likely going to reward them. I am happy for the new acquisitions, as they have made my music collection better as well as expanding the artist data in my streaming playlists in a way that open new musical frontiers, kinda the way that the folks at the center desk at Tower Records on Sunset Boulevard did. Those humans are long gone and replaced with fancy algorithms, but their memories are not forgotten. I honor their musical insights with my purchase today, even if it is one of my last in the physical domain.

Where do you buy your physical media today, assuming that you buy any at this point? How has your spending on musical media changed in the last 10 years? Comment below, as we love to hear from you.