How (and Why) To Rickroll Audiophiles 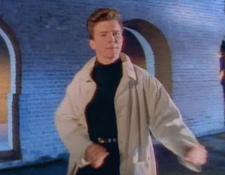 It's amazing in this day and age that I still encounter people who've never heard of Rickrolling. You could describe the concept as a new-school prank or a meme that is somewhat of an act of intellectual hostility where someone injects the music of 1980s pop icon, Rick Astley, (specifically the video of "Never Gonna Give You Up") into other videos, media, or even as a link in online text. The phenomenon started on chat boards in 2007 but has spread to become a viral event ranging from other musicians to online content creators to TV news anchors and even major league baseball teams.

A powerful example of using Rickrolling as a protest was executed by The Foo Fighters against The Westboro Baptist Church (you know the right-wing, religious freaks that in the name of Jesus Christ yell "God Hates Fags" at a funeral of someone who died of AIDS or who say "Thank God For Dead Soldiers" at the funeral of fallen Marine Matthew Snyder) while on the road a few years back. This is a very potent statement as how the power of music can change the dialogue in a needed way. 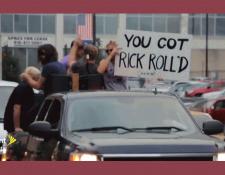 For years I have spoken about the importance of the growing number of regional audiophile shows, from AXPONA, to Rocky Mountain Audio Fest, to Capital Audio Fest, to THE Show, to TAVES in Toronto, to The California Audio Show in San Francisco, and others. With the failure of so many traditional brick and mortar audiophile salons, these shows are the best way for so many of the most dedicated audiophiles to get access to large volumes of high-performance audio systems and audiophile gear. But these shows can also be home to some awkward and/or absurd behavior. Audiophiles tend to be older than the median. With a nearly 100 percent male demographic, they tend to listen to some very played out music that is designed to highlight the performance of audio gear as opposed to present artful music in a meaningful way. Audiophiles assemble their systems in ways that can be messy and that often disregards the cost and complexity of the gear being played, thus making the hobby look pretty whacky to outsiders. 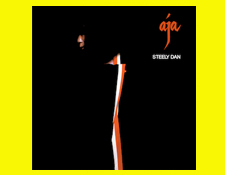 What if somebody were to Rickroll audiophiles to make a point about the changes needed to the hobby relevant? Would the joke go over audiophiles' heads? Here is what I am suggesting... (and this is perfect for Schiit Audio, who has just the type of sense of humor that this would make sense for) imagine playing completely clichéd music in your audio show demo room for a day.  I am talking about Steely Dan Aja, The Eagles Hotel California, Pink Floyd Dark Side of the Moon, Dire Straits Brothers in Arms, Fleetwood Mac Rumors, Jennifer Warnes' Famous Blue Raincoat, anything Chesky Records, Tubular Bells, or, best yet, Jazz at The Pawnshop.

While Rickrolling tends to be a video experience, if you were to put a high-performance video monitor between audiophile speakers at a show, someone might have a stroke, so using video wouldn't work. 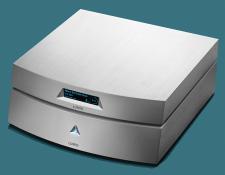 But what might work is using a media streamer like an Aurender, Lumin, Mark Levinson, Naim, or even a computer such as an Apple Macbook Pro or an iPad, then abruptly interject Rick Astley's "Never Gonna Give You Up" at the chorus right in the middle of the audiophile demo. It would be a train wreck, but you'd have to keep a straight face and keep talking about the "upper midrange bloom" in Astley's voice and how taught the bass sounded around 80 Hz.

Would people get the joke/message? Some might, but it would be important not to break character. The point of the exercise is to highlight the importance of playing fantastic music over clichéd music. The idea is to highlight that the music is the star in any audiophile system before the equipment. The goal would be to illustrate the need to set up audiophile systems for real-world people in real-world environments so that the hobby continues past the Baby Boomer generation. 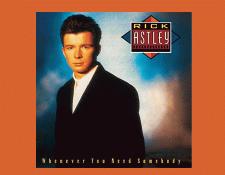 Audiophile cables are to be carefully organized - not put on display on the floor featuring mini sawhorses. Electronics are to be neatly rack mounted or organized as to run cool and look cool, but not be placed on the floor where children and animals could be hurt in a real-world home. Speakers can be a focal point of a room, but not placed in such a way that the room has no other purpose, as non-audiophiles don't decorate their living environments that way.

The audiophile hobby needs new blood - we all know this and preach it all the time here at AudiophileReview.com. Will Rickrolling them (in effect shaming them) at a trade show make a difference? I don't know, but for those, like you, who now know the concept, it could be funny or even impactful for a day or so. Maybe at the next audiophile show, we will hear more awesome music from systems that look like they belong in real-world, music-lover's homes? If that happened, our Rickrolling experiment would be a success.