Does the Vinyl Crisis Spell Disaster or Opportunity for the Music Industry? 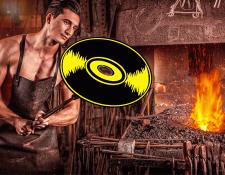 The recent massive explosion of Apollo Masters, a processing plant that manufactured "lacquer" masters -- essential blanks discs used for physical mastering to enable mass production of vinyl records -- sent a shockwave through the music industry. Fortunately, no one was hurt in the disaster, but the residual damage from its aftermath is raising fears that it might hurt many businesses and artists in the months and years ahead.

You see, this accident revealed a huge Achilles' Heel that the industry has long suffered from, but which only a select group of people knew about and understood. It is a kind of jaw-dropping reality to learn that there was only one facility in all of America that couldmake this much-needed music production raw material.

There is only one other facility in the world that can manufacture lacquers (which are actually made of polished aluminum coated in acetate) right now: MDC in Japan. They are apparently already overwhelmed and having trouble keeping up with the pace and demand. 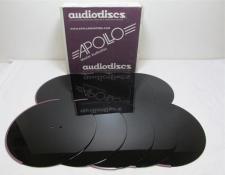 That makes the perfect storm of ineptitude that preceded the Apollo fire all the more frustrating. Late last year, it became semi-common knowledge among regular record-store shoppers -- and has since been reported on in numerous publications -- that for some reason many of the major labels decided to put all their distribution eggs in one basket with one organization. In theory, that is all fine and good, except it turns out that that organization had no experience in record distribution.

In doing some research for this article, I discovered that Forbes reported on the problem last July, including reports of ridiculously long order delays, partial shipments, and even empty boxes being sent out to stores! Special edition releases were sent late (or never) and there were reports of product being sent to wrong addresses.

Many recordings that were put out on Black Friday / Record Store Day (RSD) never actually made it to market in time for the sales. I read one account of a big shipping truck arriving to a store with only a handful of records in hand. I know that most of the stores here in San Francisco were woefully under-serviced with products, especially from Warner Brothers / Rhino Records. I eventually had to special order The Flaming Lips' live album (released on RSD) through one of the stores and it didn't arrive until after New Year's (click here for that review). 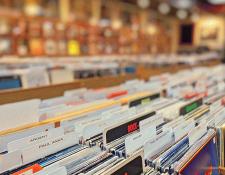 That's unacceptable... for the labels, for the artists, and especially for the fans.

Why this all matters is the fact that vinyl has again become a bona fide music medium, recently outselling CDs for the first time since 1986. That's a big market and it now looks like the momentum might be slowed down significantly.

So, what are the solutions? Well, with regards to the lacquer producing facility, it would make sense for a noted musician and vinyl manufacturing enthusiast like Jack White and his Third Man Records company to step up and create a new lacquer-making facility. Alternately, it might make sense for a consortium of musicians and related organizations (like BMI, ASCAP and the RIAA) to get together to fund a new facility or two, one on each coast. It would also make sense for somebody with the business and operations management sensibilities who could actually run this sort of thing to be involved.

With regards to the distribution problem, it is an unfortunate reality until the market sorts itself out. Hopefully, the industry will mend itself sooner rather than later. There are many ways this could play out. 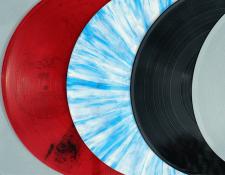 All that said, one might be asking whether all of this signals the end of the vinyl revival. I don't think so as there is too much demand and invested infrastructure out there.  Will there be a slowdown in sales? Likely, especially for new releases. There has already been a noticeable lag in releases I receive for review. Frequently, publicists will send reviewers a digital download or stream link or even a CD in advance, and then send the vinyl weeks or months later. If the artist or album is significant, I may run a preview based on the early version and then follow up with a sequel piece on the vinyl and other high-resolution incarnations (e.g. Tidal, Qobuz, Blu-ray, etc.) that may have arisen in the interim.

As writers, we have no choice but to go with the flow. But what does this mean for music fans? Well, for those who have been buying the multitude of reissues flooding the market, this might be a great opportunity to discover the joy of buying used albums! There is plenty of back stock out in most stores I've seen for older albums available at comparatively reasonable prices. For the music fan that is just looking for clean copy of Fleetwood Mac's Rumors or a vintage Robert Palmer record or a classic-era Elton John record, there should be no problem for used shops to fill those gaps. 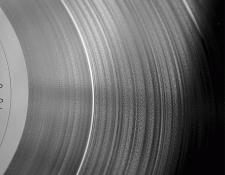 Of course, this makes me point my attention to the used music sellers: this isn't the time to gouge the market, Dear Used Online Record Dealers and Independent Brick & Mortar Retailers. Just because some overzealous eBay flipper / Discogs dealer sells a used copy of Billy Joel's An Innocent Man for $20-$25 doesn't mean that you should. This is the time to build your local following. This is the time to make new friends and nourish your clientele. Throw the fans some bones! They'll come back to you with store loyalty and more sales down the pike.

Some of the stores here in the Bay Area are doing this already. Kudos goes out to some of my favorite shops: Tunnel Records, Amoeba Music, Originals Vinyl, and 1234 Go Records.

Are you not sure where to find a cool local independent record and music retailer in your area? Well, you can always look at the useful Record Store Day website (click here for their store finder search engine) as they track most of the independent record stores here in American and abroad.

But also, do keep an eye here on Audiophile Review, as we are now sharing our favorite haunts and discoveries made on our travels. Recently I wrote about stores I found in New Orleans (click here for that). Jerry Del Colliano wrote about his LA hot spots (click here). Other writers around the country will be sharing their insights soon. 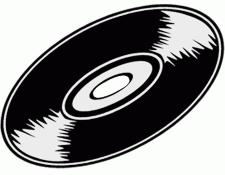 So yes, the distribution mess is ugly and the fire and explosion a tragedy. But it could also spell a great deal of opportunity if the right players step up to the plate and hit some home runs for the right reasons. The time to make some positive change that could benefit the entire industry is now.

Is this all pie-in-the sky, idealistic wishful thinking?

But I am an optimist mostly, so I try to look for the glass-half-full side of things.

What do you think? Let us know in the comments section below...