Does the Audiophile Business Need CES to Embrace A New Generation of Hobbyist? 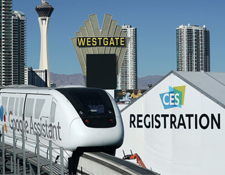 In late 1993, as a 19-year-old salesman at the legendary Christopher Hansen Ltd. in Beverly Hills, I begged Chris to take me to the upcoming CES in Las Vegas. I had to pay to drive myself (from Scottsdale, it turned out) and he generously sprung for a luxurious King Bedroom at the zero-star Circus-Circus property, which, charitably could be called a dump.

But none of that mattered. Anyone who was anyone in the business was in attendance, including all the top domestic dealers, best international dealers and overseas distributors, all of the audiophile press, and of course any manufacturer who hoped to be a success. It was downright epic and I was so jazzed leaving the show that I never missed another CES shows for the next 23 years.

CES morphed into something bigger and better after moving on from the Sahara, which was also a dump. The Alexis Park era was more insulated because of its location, but that isolation helped to build community within the industry. As we headed toward Y2K, CES as an audiophile show was still the world's undisputed leader and it offered experiences, demos, and business opportunities that simply couldn't be matched. CES was so popular as an audiophile show that it earned itself a "carpetbagger" show next to the Alexis Park called T.H.E. Show. While nowhere near as nice, you were remiss not to take an hour or two to see what the B-list companies were doing next door. Things were booming. 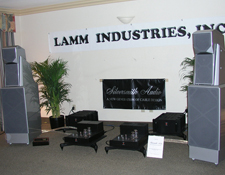 In later years and in an odd return to the land that once hosted CES' audiophile glory days, CES' audiophile event moved to the more 4-Star level accommodations at The Venetian Hotel.

This was a vast upgrade in terms of location and scope for the industry. It also importantly highlighted what was going to be a dangerous trend at CES: higher and higher prices. The Venetian offered more suite-like rooms, which were better for audio demo and gear presentations--not to mention dealer/distributor/press meetings. The logistics were tough, but the overall vibe of the show was more upmarket, which was very welcomed. 45-minute lines for elevators were hard to swallow for many, but there were tricky ways around that if you didn't mind a few stairs.

After my first year away from CES in 2018, I ended up back in Las Vegas in early January 2019 for a different, non-publication-related business opportunity. I flew in for the day and back to Los Angeles to thankfully sleep in my own bed that night, but not before wolfing down a meal at what many foodies consider the best Thai restaurant on this continent: Lotus of Siam. 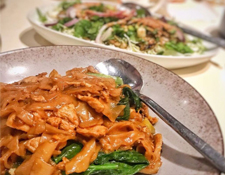 Before that meal, though, I was able to wrap up my business meetings very quickly and was faced with the opportunity of either going to see the big electronics companies like LG, Sony, and Samsung or to take the Monorail from the South Hall one stop to Harrah's and walk over to The Venetian to see if any of my old friends were still around.

I opted for second option and rode the elevator to the always-jamming 29th floor of The Venetian. The problem is: it wasn't jamming. Not at all. There was no wait for the elevator. The layout of The Venetian (and many other more modern Vegas hotels) is a three prong per floor design. The audiophile exhibitors were easily located on one prong of one floor, when even just a few years ago, the audiophile industry took up three, four, or even five floors of the hotel (all three prongs). The hotel still had CES stuff going on, but it was more about IoT (Internet of Things) products, mattress companies, and/or semiconductor OEMs hosting quiet meetings--not raucous music demos. How things had changed...

I don't think very many of the 2019 audiophile exhibitors will be back for 2020. The Consumer Technology Association (CTA) pretty much moved on to bigger and more profitable technology categories, like driver-less cars, IoT, AI, VR, OEM manufacturing, and sex robots. And perhaps that's OK. 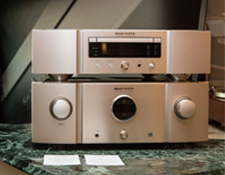 The question is how the audiophile business evolves, as its founding fathers are well within retirement age. Almost no women support the hobby. The hobby is so tied to old, wired, analog and esoteric technologies. When the millions of technology-loving Millennials love music perhaps more than any other generation it's clear that the vast majority don't have the patience, money, or seemingly interest to sit down and listen to a record from start to finish.

The rise in popularity of the many regional audiophile shows is encouraging, although the reports I hear from my industry friends who attend shows in Asia and Europe (specifically Munich) are even more encouraging. They tell me they are seeing meaningful volumes of Gen X and Millennial audio enthusiasts. They say that these younger technology fans bring their kids and even get the very young engaged with the hobby. That is fantastic news and reason to hope. 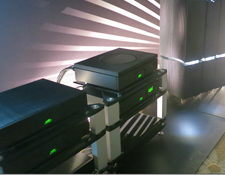 The cost of being an innovator and on the cutting edge of audio is higher today than ever before. To bring the HomeTheaterReview.com staff to CES in the recent past was well over $10,000, and that doesn't include my hotel room (thank you MGM properties for "comping" me--I will gamble with you forever if you keep that up) or anything resembling the lavish 10-plus person dinners, limos, and so on.

These regional shows are far more affordable than CES, although they tend to be in locations that are desirable but at times of the year that are anything but. I am growing fond of the AXPONA show in Chicago. But Chicago by O'Hare Airport in early spring is often home to some very ugly weather. I guess you have to do what you have to do to keep the cost of the show down and to have a nice, big venue, so I understand. Having the money to bring your gear to the masses is important and CES was becoming simply impossible for a start-up company to get their message out. A start-up audiophile company isn't likely to have $100,000-plus to invest in a CES. and even if they did. when they realized that the dealers, international distributors. and A-list enthusiast press aren't at the show, they are unlikely to return. 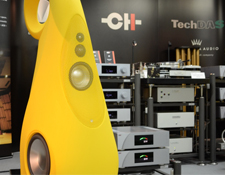 The core problem of the audiophile industry is that their strongest supporters and most zealous hobbyists don't like change. Actually, they hate change. Alternatively, many audiophile hobbyists simply love esoterica and exclusivity. They love retro-technology dressed up in a way where it could somehow compete with cutting-edge high-end technology even when it has no hope (insert vinyl comment here).

We need to collectively move on from such problems as a more enlightened group. Simply put, we need younger audiophiles. We need even a modicum of female audiophiles (or at least women who will tolerate the hobby). We need the hobby to be less about a quirky, alone-in-a-dark-room listening experience and more social and emotionally engaging experience. We have 60,000,000 plus people who love music in ways that (OK) Boomers and Gen Xers don't. But these new listeners can't afford $20,000 apiece monoblock amps. We need to be more inclusive of the way they consume and enjoy music with less snobby, exclusionary attitudes towards younger fans. 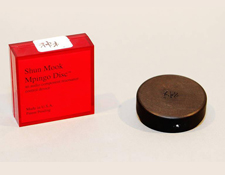 We are at a true crossroads with the audiophile hobby. Much like we could lament the golden era of CES as I did a bit earlier, it would be far more powerful if older audiophiles took it upon themselves to help teach younger fans how to become involved in the hobby, be it a trip to the local audiophile store (if any remain) or to a show or even perhaps a trip to another city to experience the best that location has to offer in terms of high-end audio systems.

I can see the hobby morphing into something younger, better, and sustainable, if and only if the elders give up on the gatekeeping. For the love of God, for $15 to $20 per month a music lover can stream nearly every meaningful recording ever made (very much in HD for a lot of music). That's free 110 octane gas. All we have to do is to get this elusive, younger audience to take a test drive in the audiophile equivalent of a performance car and they will be hooked and the hobby will be saved.