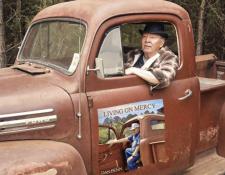 In 2002 an album was released by Solomon Burke that just knocked me out, Don't Give Up On Me. Flanked by a "who's who" of 21st Century pop song writing and performing royalty, all had written new tunes for the King of Rock "n Soul including Dan Penn, Elvis Costello, Brian Wilson, Tom Waits, Bob Dylan, Van Morrison and many others. The album went on to become my favorite album that year. Not surprisingly it won a Grammy that year for "Best Contemporary Blues Album" but its really much more than a blues album.

It is big heaping spoonful of rich modern soul with rock, folk and blues twists. One of the hallmarks which made that recording so great was Burke's effortless delivery, all the more remarkable given that the recordings were shaped, recorded and mixed in four days, live in the studio. 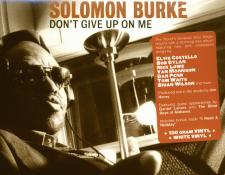 He is the composer behind legendary hits like "Do Right Woman, Do Right Man" (Aretha Franklin), "Cry Like A Baby" (Box Tops), "It Tears Me Up"(Percy Sledge), "Dark End Of The Street" (James Carr) and "I'm Your Puppet" (James & Bobby Purify). 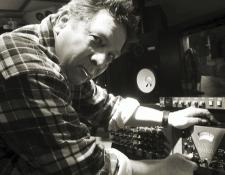 All that said, Dan Penn's Living On Mercy is glorious primer on effortless songwriting driven by one of our present day masters. One should-be hit after should-be hit flows out like the sweetest of molasses, track by track.

These are classic structured songs with verses, choruses and bridges, all bearing that timeless southern soul groove which feels as relaxed as lounging blissfully in a hammock on a balmy Summer's day while dragonflies buzz and butterflies flutter. The title track tastes like sweet honey poured over home baked biscuits with whipped butter. 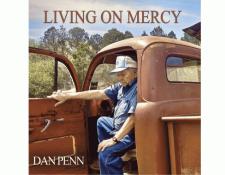 Penn's voice is in great form, rustic and rich, calm and pure. In some ways he sounds like a more robust Eric Clapton (ie. on the Unplugged album). I'd love to hear Clapton cover "Edge of Love."

Even just listening on the advance CD which I was sent from The Last Music Co., the mastering is excellent so the album sounds remarkably warm and round without any harsh edges getting in the way of the music.

Again, don't go into this expecting any sort of modern production twists. This is a pure, clean and natural sounding basic drums, bass, guitar, keyboards configuration and the vocals are the central attraction so you can hear Mr. Penn's every word. 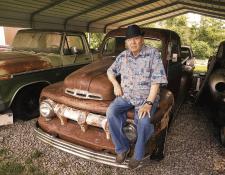 At the time of writing this review a few tracks from the album were streaming in CD quality on Tidal (click here) and Qobuz (click here) but at the time of release you should be able to hear the whole album. The streams are OK for casual listening to sample the music. But do note that at least on my end I'm hearing some odd sort of phasing going on masking the music. This might be due do any number reasons such as the likely throttling of my Internet connection by my ISP during Covid 19 lock down. That said, I do prefer the sound on the CD better than the stream.  I am looking forward to getting Living On Mercy on vinyl which should be out in October sometime.  Until then, you should get your hands on Dan Penn's fine new album. Maybe it will become one of your favorites too.