Having recently passed that magic 65-year mark I was not all that surprised to see a chart posted on Steven Rochlin's site, Enjoy The Music, that showed that between 2014 and 2016 the percentage of audio gear purchased by audiophiles aged 55 and over dropped from 36% of the market to only 18%. In two years. That is an 18% drop in overall "market share." But what is even more shocking, even to me, is that spending by 55+ audiophiles dropped by 50%! 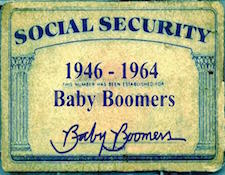 In short, baby boomers are no longer the driving force in audio sales. I have certainly noticed this drop-off in my own spending for audio. My reasons are simple - what I've got is already so good that there is far less motivation for onwards and upwards sound-quality-wise. I suspect that many of my contemporaries are in a similar situation.

If you combine the spending power of 25 to 44-year-old audio buyers, you will find that these two demographics purchase over 50% of all home audio gear. The next big shift is that increase in purchasing among 18 to 24 year olds. The big question for audio dealers and manufacturers is "What kind of gear are these groups buying and how does it differ from what boomers used to buy?"

It's pretty obvious that not too many 18 to 24 year olds are buying "end-game" $200,000 loudspeakers or $50,000 amplifiers. It's also pretty clear that this group is spearheading the drive into personal and portable audio - they may not be able to afford that hot new car or their own one-bedroom apartment sans roommates, but they can afford a good personal audio system so as not to disturb the roommates they have. And although 24 to 44-year-olds may not be into their "forever home" quite yet, but they still want their starter homes to be as smart and fully connected as possible. But from what I can see, neither of these groups are gravitating as much toward room-based two-channel systems as boomer audiophiles did. 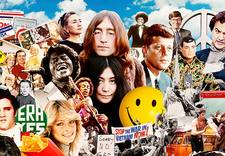 While I would not be so rash as to assume from this that "high-end audio is dying," it would not be too much of a stretch to conclude that the "golden age" of super-sized and priced two-channel, dedicated room-based systems is slowly coming to a close. Sure, there will still be a market for the sort of gear that competes with high-performance automobiles and vacation homes for a percentage of high-earner's disposable income, but their numbers (and percentage of the home audio pie) will continue to drop in the coming years. Instead we will see more portable, personal, and nearfield audio products in the future, geared toward intimate personal listening. Some of the older, well-established firms, such Sony and Onkyo, have already begun to shift their offerings toward these new consumers. Other specialist high-performance audio firms, like PS Audio, have also made the leap. And then there are a rash of new companies like Astell & Kern and HiFiMan, whose business is geared directly at this new demographic. But I'm concerned that many venerable audio firms, such as Krell and Audio Research have fewer and fewer products that interest new audio consumers.

Given the current trends, unless established "high end" audio firms adjust to the new realities of who they will be selling their gear to many will find that their market share and profits will see the kind of precipitous drop that usually precedes a merger or bankruptcy. Innovate or die - because the audio world has changed and will continue to change as we stumble into the 21st century.