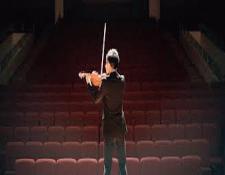 It takes absolutely no training whatsoever to like music. Many of us who enjoy doing so listen to the radio, handheld devices, basic stereo systems and audiophile masterpiece systems with no musical instruction whatsoever. Shoot, some of us, myself included on certain occasions, even sing in the shower. Liking music is profoundly easy.

Ask me, however, to play an instrument, compose music, to do any of the things a professionally trained musician is capable of accomplishing and I will bow out. I am not a musician despite having an almost boundless affection of listening to those who do create memorable songs.

Several years ago, a friend of mine came by with an acquaintance with whom he did business. This guy was formerly a session player in Los Angeles. He named some of the songs on which he contributed and to say I was impressed was an understatement. I felt humbled to have a professional in my home. His instrument of choice? Bass guitar. 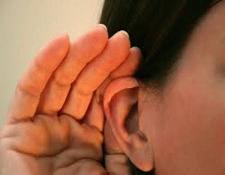 He asked if I had any tracks with a great and strong bass line. I informed him that I did and while today the actual tracks I played escapes me, his reaction is something I definitely remember.

He sat forward in the chair, eyes closed, his head moving to the music. After a couple of songs, he looked at me a said "wow." I can follow the bass line all the way through. I can even tell you what brand of bass was being played." I was excited by his assessment. Proud also at the verification of what I was hoping to achieve with my system. Who among us doesn't like praise?

At the 2016 Consumer Electronics Show, the audiophile community was all abuzz because in attendance at several of the high performance audio rooms was Graham Nash, who not surprisingly was critiquing his own music on various systems.

I wrote about it then because I thought it was not only a very bold idea, but also a very ingenious one. Let's face it, who better to tell you if the music sounded correct than the artist who wrote and recorded the music? Is this the best judgment of an audio system? 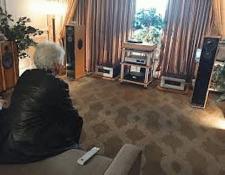 It seems reasonably logical a professional musician should know if the recording of an instrument sounds correct. We all would assume someone like Itzhak Perlman obviously knows music and would be qualified to discern if the recording of a violin sounded accurate or not. Does that make him, or any professional musician, a better audiophile than just a regular shmoe with a nice stereo?

As an audiophile, I listen to both individual instruments as well as the entire composition. I listen for clarity and transients. I search for accuracy. I expect to not only hear dynamic power but also feel the impact it imparts. I listen to portions and the whole. And I certainly can easily tell if what I hear moves or impresses me. And of course, sometimes I listen singularly for enjoyment.

I'll easily know if I am spellbound by the recording as presented by my system. If a musician told me the guitar was a little off timber, would it matter to me at all? That's hard for me to say for sure. My guess is no, it would not. If it did, my concern would likely be quite temporary.

I have no data to support this notion, but I get the feeling many professional musicians do not own high caliber, audiophile stereo systems. Again, this is supposition, but I would not be surprised if most artists spend little time listening to their own music. By the time they have written the music, lyrics, or both, recorded it, mixed it, and lived with it for weeks if not months, would they not be tired of it? Would they then spend countless hours listening to it on a stereo system? 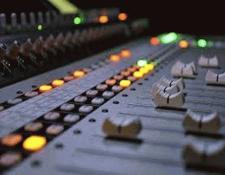 And if they do not, but instead listen to the works of other artists, do they therefore have no greater aural insight than the average audiophile? Does their knowledge of music make them better informed than the average audiophile of what a different artist intended with a recording with which they, themselves, were not involved? Does the quality level of the audio system even matter?

Regardless of the actual answers to these questions, I still like and value a trained musician sitting in the listening chair in my audio room. I get a particular feeling of satisfaction and contentment when I am told that any particular instrument sounds correct.

It is a gift when, as an audiophile, I spend countless hours immersed in researching all aspects of the audio hobby, spend immeasurable hours setting up the system, spend vast amounts of effort moving audio racks, components and speakers all in achievement of the audiophile goal - great music stunningly reproduced. Any musician who tells me I have accomplished my goal is providing verification my efforts were well spent. 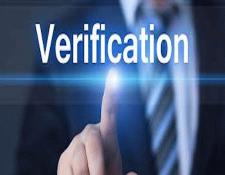 However, I do not actually need or require such verification. I do not, with a determined purpose, seek the approval of professionals. I realize and fully understand when I sing in the shower, I only sound extraordinary to myself - I would not win a singing contest by any means. That's OK. I sing only for my own enjoyment.

Funny thing is, as it pertains to my audio system, I'm doing the exact same thing.

So, are trained musicians better audiophiles? I cannot definitively answer that question. While I might enjoy the praise one might give when hearing my system, the lack of any verification does little to deflate my enjoyment of MY system. As I see it, the global answer is perhaps. For me individually, no, not at all.

But I'm just an audiophile, what do I know?