Are Portable and Personal Audio Devices Really a Gateway to Room Based Systems? 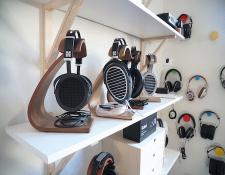 I've been using portable personal audio devices ever since I got my first Walkman Pro. And while I've used portable players and headphones both on-location and tethered to room-based systems, I fear that I'm in a minority in this respect - most audiophiles are either all in when it comes to portable/personal or not even remotely interested.

For many young music lovers, a smartphone is their primary music source, followed by a Bluetooth speaker device located on a spare horizontal surface in the living room. 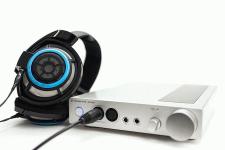 But I have met many young professionals who spend most of their time on the go who have decided that their portable personal rigs will be their "heavy hitter" primary system. And the end results they can achieve are on a par, sonically, with the best room-based systems. 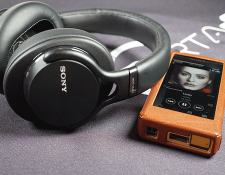 I'm not the only person whose seen this. When they began their portable and personal audio shows the Head-Fi Organization aligned themselves with existing audio shows as an additional display hall (or halls). But last year Head-Fi announced that they would no longer be partnering with room-based audio shows, but instead have their own unique exhibitions without being attached to a room-based show. Why?

To me, the reasons are pretty obvious - personal and portable audio has developed to the point that it is no longer a "Me too!" hobby that needs a room-based show to make its way, but a distinct and unique branch of the audio world that can stand on its own two feet. 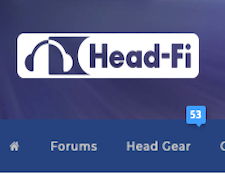 Portable or personal FI is no longer merely a plant cutting from high-performance audio, but full-grown, very healthy vegetation of its own.

Headphones, the devices to drive them, and the portable sources to deliver content to those devices have become the primary driving economic force in consumer audio. The vast majority of established high-performance loudspeaker firms have seen the sales figures and joined the fray, creating their own high-performance headphone options.

Many, I'm sure, have done so because they realized that they had to if they want to be around ten years from now... 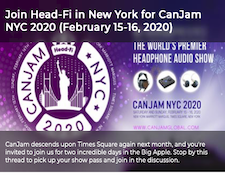 And why won't Head-Fier's all be room-based audiophiles as they age out of renting skateboards?

One reason...space. Given the demographics of urbanization there is no reason to believe that housing costs will become a smaller portion of anyone's budget. And as we room-based audiophiles know all too well - the most expensive part of our audio system is the room that it's housed in. And why should someone who has a great personal audio system bother trying to set-up a room-based system that will cost far more and not necessarily be sonically superior?

The juice may very well not be worth the squeeze...

So, if you happen to be involved in an audio firm that believes that personal and portable audio doesn't matter, or that all those earbud-users will eventually own a big high-performance room-based system, I would polish up your resume, because you may need it...