Full disclosure: I use aftermarket power cables in my system but not for the reason that you might think. In my setup, I have each and every electronic component rack-mounted in one of two Middle Atlantic eight-foot-tall equipment racks. Each component gets its own custom-designed face place (Middle Atlantic does a great job making these for pretty much every component ever made) and is plugged into a power system that offers enterprise-class outlets up and down the rack by the dozens. 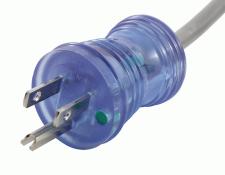 The advantage to the aftermarket AC power cables that I use is their short length and overall flexibility. Cable clutter is cut down to a minimum, which allows my team more room to tie down the other cables using wire ties so that the end result gives you that "computer farm" look of a professionally installed rack. But this isn't the reason why audiophiles change their AC cables.

Let me back up a bit and tell you about a recent phone call that I got from an enthusiastic "true believer" audiophile manufacturer who makes super-fancy, pretty expensive, aftermarket AC power cables. He got me on the phone and asked me to test his product.

I thanked him for his offer but politely tried to share with him my skepticism about the category from the audiophile and videophile perspective. I told him that I personally know some of the best audiophile electronics (specifically amp) designers personally and that - love them or hate them - they are about the most extreme designers that I know. 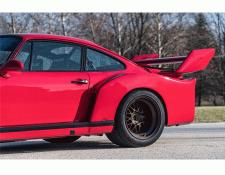 When Dan D'agostino and I talk about Twin Turbo Porsche 911s, we quickly get into the art of eking out the Nth degree of performance from said super-powerful exotic cars. You see, some guys go to major extremes in modifying their cars. New "waste gates, springs and a performance chip" is the fastest and easiest way to go from a lot of horsepower to a lot more horsepower in a Twin Turbo 911.

But next comes more costly exhaust upgrades, removal of the AC system, dumping of the spare tire, ripping out the stereo and carpet. Anything that is heavy has to go if you are going to go extreme with a 911 race car. Some even replace the Porsche badge with a lookalike logoed sticker to save even the smallest bit of weight. Anybody that goes to these levels of extremes to get more power down in the dyno is, by definition, extreme. Would that same person, when designing an audiophile component, leave performance on the table by not selecting the best power cable as part of what is likely to be a high four-figure or even five-figure component, I asked? 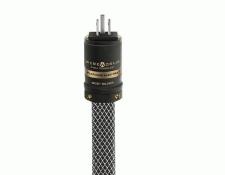 The caller lashed back at me: "If you only would test this with a top-performing video display like an OLED or top video projector, you would be converted." To which I asked, "Have you taken your cables to Joel Silver at the ISF to measure the effect of your power cables on video? If so, what light meter and calibration tools did he use? What did he conclude?" To which he retorted, "I don't need to measure our cables for audio or video because all we need to know is what our customers tell us in their user reviews."

We've all heard this pitch before if you've been around the audiophile hobby long enough, which is there is literally no testing or measurable science behind what we are talking about, just "true believer" faith needed.  Personally, I need the science...

So the conversation went over like a screen door in a submarine, but a week or two later I was still thinking about the concept of AC power cables and how they affect audiophile systems, so I called my favorite AV cable designer, David Salz from Wireworld, and asked him to give me an education on the matter. He took a deep breath and started in on his personal/professional journey into the world of aftermarket AC cables. 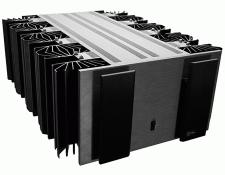 To be clear, he is a fan, but it took him a while to really figure out what was going on in the controversial category. As he explained, the main issue to me is there is often a lot of noise in one's AC power system in our homes for various reasons. There can be a noisy, crappy power grid like we have here in California, causing all sorts of maladies. There are then long runs of copper that, especially in older homes, can attract or propagate AC noise that can mess with a good audiophile system. Even details like lower-than-hospital-grade outlets or issues as small as a loose screw or a bad connection in a wall outlet can create issues that we can hear and likely even measure.

None of this is good news if you are seeking the most from your audio system - and who here isn't? In a perfect world, we all would have our audiophile systems sitting on a dedicated battery backup system from, say, Tesla and that power would come from solar panels directly into our listening rooms and hopefully would ultimately provide very clean AC power for our electronics. But that isn't very realistic in 2020, nor is it how nearly every audiophile sets up their rig. Some have power regeneration products and I have personally heard the positive effects of these expensive components, but they tend to be limited in power thus the need for a lot of them to get a powerful system rocking much more clean power.

David Salz went on to discuss the role of the power supply and how the internal power supply of many of the best performing amps can deal with a lot of AC power issues. That's a lot of what we pay for with very expensive, audiophile grade power amps in the real world. With that said, lesser amps or amps with less-sophisticated power supplies can have issues, thus can sound a little less awesome, but of course can save us some bucks along the way. 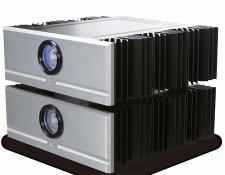 Here is where the audible effect of audiophile aftermarket cables comes into play. As we change the electrical parameters of a power cord, we change the character of the powerline noise and harmonics that tend to pass through component power supplies and mix with the music. Those changes are mostly show up as added brightness in various portions of the upper midrange to lower treble. Even though the goal of upgrade power cords is to minimize those effects, many just shift them to a different frequency range. David's Wireworld AC power cables have gotten rave reviews, specifically from the pro audio and audiophile community, but for slightly different reasons. He found through his research and testing that making cables pretty much the opposite of his "cables that don't change the sound" philosophy, in that AC power cables that are "absorbent" are good for ridding the AC power system of noise, can have a positive effect. Who knew?

Now, on an intellectual mission to dig deeper into the electronics side of things, I spoke with people like Nelson Pass from Pass Labs and Walter Schofield at Krell about their take on the topic of power cables. Much as David Salz mentioned in my call with him, the electronics people focus on the world where they can control things, which tends to be in their electronics. Both suggested that they use very, very high-quality AC power cables for their amps. Nelson said that some of his dealers, when receiving an amp back from a demo, are sometimes missing the removable cable as the audiophiles swiped it. Perhaps it was an oversight or perhaps a compliment. I think Nelson took it as the latter. Walter mentioned that they have used Krell products with aftermarket cables and they, just like analog cables, have an effect on the sound that is clearly audible. By no means does Krell skimp on the power cables that they use, as they are well shielded and well-made components as you would expect from a high-end brand. 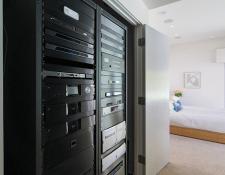 In the end, there is a place of AC power cables but to suggest that they are a total game changer is like saying that your record cleaner has made all of the difference in your room that you've never done a lick of room treatment in. That outlook is just very cart-before-the-horse. David's advice (and trust me, he wants to sell you power cables as he does with recording studios) is to make sure that your AC power is in good shape coming into your room. Perhaps a service call to your electrician to add one or two 20 amp circuits to your equipment rack complete with very high quality outlets and some new (super-quiet) lighting cans on silent dimmers all might be a good start? I would add to David's excellent advice that while AC power regeneration is cool beans, making sure you invest in the best-made electronics with top-level power supplies will definitely help your system. Experimenting with AC power cables after that might still make a difference, but there are other topics you want to have covered before you start prying the badge off of your $200,000 Porsche 911.

Have you experimented with AC power cables in your system? What upgrades have you made to your electrical system? Let us know in the comments below.