A Bad Idea For An Award 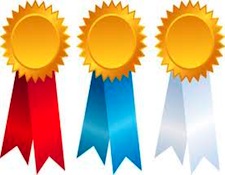 A little while back one my old friends, Steven Rochlin from Enjoy The Music, posted an idea for an award on his Facebook page. The award would have been for "Snake Oil Product of the Year." As soon as I saw it I told him I felt it was an awful idea. But it took a couple of days of thinking about it for me to grasp just how bad an idea it would be.

Would a "Snake Oil Product of The Year" be as bad as a Car and Driver presenting a "Lemon of the Year" award? Worse than Architectural Digest giving out an "Ugliest House Priced over $10 Million" Plaque? Equal to Field and Stream giving a "Worst Bass Lure of the Year?" Or even the Urban League giving out "Most Corrupt Politician" prizes?
These would all be terrifically bad ideas, and all for the same basic reason - a negative award, which is what these awards would have been, doesn't really help anyone. It certainly makes enemies and always encourages "industry critics" to pile on with their own, equally awful, suggestions.

If Audiophile Review gave out awards (which, currently we do not) I would make sure they were for positive contributions to the industry. Instead of "Snake Oil Product of the Year" why not "Best Accessory or Tweak of the Year?" My experience is that there are far more beneficial and useful accessories and tweaks being made than useless ones. Also, even in the world of high performance audio, accessories or tweaks that don't work don't stay on the market for very long before the company that made them goes belly up.

Back in the day When Enid Lumley first discovered that her stereo system sounded better in the evening and different at various times of the day, she theorized that it might be the effects of AC power variations. Most audiophiles thought she was crazy. Nowadays it would be hard to find any serious audiophile who doesn't consider the effects of AC power on their system. Heck, even in pro audio studio designers pay attention to the cleanliness of their AC power lines now. And AC power filters, conditioners, and re-generators are an accepted and often used "tweak" that has proven to be of value for many audiophiles. But when Lumley first suggested that something could and should be done to improve AC power she was a prime candidate for not only "Snake Oil Idea of the Year" but also loony of the year... 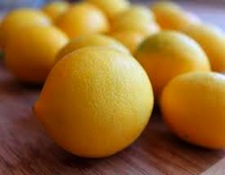 Negative awards only stifle innovation by holding the threat of public humiliation as a "reward" for thinking outside the normal restraints of conventional product design. Sure, there are some products that have a limited market because they will only be effective in very particular situations. But anyone who thinks that the majority of tweaks or accessories were created for the sole purpose of "ripping off" audiophiles has a very warped view of their fellow man.

And then there are the folks who feel it's their duty to "save" other audiophiles from the evils of tweaks and snake oil. Quite simply, they are the people who need to feel superior by being more right than anyone else. Long-term these folks bring nothing useful to the table, just like negative awards contribute little towards forwarding the art and science of audio.

And that's why I believe that negative awards are a bad idea...