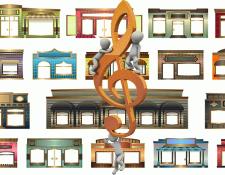 While finding the right location for your cool new speakers is an essential part of the audiophile hobby, that isn't anywhere close to the topic of this story. Instead, we're taking a look at the issue of how to keep your local audiophile store thriving when the business of selling audiophile gear can be tough sometimes. Yes, AV products come packing big profit margins, but that isn't the only factor to success in selling high end audio gear. The topic of costs matters, and those costs include everything from labor, insurance, and financing demo gear to general overhead and all sorts of other little deaths by a thousand cuts. Simply put, it can be expensive to run a successful audio store.

I remember a conversation that I had with legendary New York City audiophile retail impresario, Andy Singer, of Sound by Singer. Right before our last recession in 2009, he has just signed onto a lease for a whopping 8,100 square feet of retail space in a prime location on the island of Manhattan. That is no small nut to cover every month, and when the economy went south thanks to the bursting of a real estate bubble, he was able to renegotiate his lease. But even with these accommodations in place, ultimately Andy needed to refocus his business in another, more cost-effective direction. 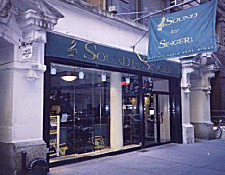 Simply put, the cost of doing business in New York City, despite it being the best market in the United States for selling audiophile gear, needed to be right-sized for the modern era. Today, he has reinvented his business and is doing well, as are a number of other New York audiophile showrooms. Many of the best places to hear audio in NYC are moving to non-ground-floor locations. They also are operating as "appointment only" salons to save on labor costs. They are getting lean to stay viable in an increasingly tough market, and there is simply nothing wrong with that.

Another good example of audiophile evolution is Sound Components in Coral Gables, Florida. In the history of the audiophile hobby, Sound Components is one of the all-time best retail locations. Powered by local as well as international sales, this Miami-area retailer, now owned by Mark Goldman, historically had upwards of 10,000 square feet of audiophile demo rooms, making it a virtual playground for anybody who loves the hobby. 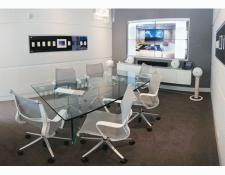 But the "build it and they will come" mentality is a guarantee way to go out of business in our industry. We've seen it all over the world. I saw it with my own two eyes at Christopher Hansen Ltd. in Beverly Hills. Sound Ex in the suburbs of Philadelphia did it. There are examples all over the world that have built the biggest, fanciest audiophile showrooms and then were crushed under the weight of the massive overhead.

Mark Goldman did the exact opposite, and that decision is paying benefits today. A few years back, when the lease was up on the big, audiophile showroom, he pivoted. He signed on to a much smaller and much nicer showroom. And that showroom was a hybrid design, meaning that on the front end of the space he had displays of Control4, Savant, and Crestron paired with TVs in mirrors, lighting control, shades, and more from the world of smart home and automation. He didn't forget the store's roots, as there were ample demo spaces for Bowers & Wilkins, GoldenEar, Wisdom Audio, Audio Research, Transparent Cable, high-end Paradigm, etc. One very high-end loudspeaker company protested and cut him off as a dealer. Their mistake. He replaced them with Wisdom Audio, giving him the opportunity to sell new, much more room-friendly and room-tuned speakers to his best clients. 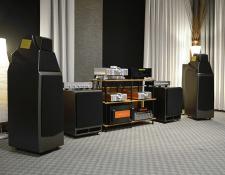 That other brand not only lost a great Miami dealer, which one might argue can't be replaced, but they saw their product flood the used market thus driving the values down for their other dealers and consumers nationwide. Today, Sound Components thrives in ways that it couldn't if it stayed the audiophile-only course. So many audiophile companies fight change on so many levels, but evolving as Mark and Andy have has made for new school success and gives hope to the business in the years in front of us.

Another success story comes from a more local store called Sunny Components located east of Downtown Los Angeles in a town called Covina. This large showroom is what you might describe as more of a warehouse-type venue. You wouldn't know it inside the store. The per-square-foot cost in Covina is a tiny fraction of the cost of Beverly Hills, West Los Angeles, or Santa Monica real estate. Additionally, the demographic of Covina and the many neighborhoods as you go east from Downtown towards Ontario and ultimately Palm Springs is decidedly Asian. I can tell you from my days in selling audiophile products in Beverly Hills, Asians (and Asian Americans) tend to love audiophile equipment and they spend on the gear too. Back in the day, we had a store in nearby Koreatown that sold many of the same products, including Wilson Audio, Mark Levinson, and Transparent Cable, and there were plenty of customers to go around. 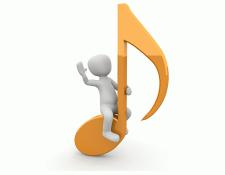 We talk a lot about traveling to hear and experience audio, be it the growing numbers of audiophile shows or to cities that can support strong audiophile retailers. This can be an affordable way to experience more and more audio than mid and smaller cities could ever support. Perhaps we are going to have to travel a bit or go up a few flights of stairs or make an appointment in the future, because just like with residential real estate, audiophile store's future success has a lot to do with the one immutable rule: location, location, location.

How close is your local audiophile store? How have they evolved over the years (if at all)? Do you travel for audio? If so, what cities do you go to to hear the best audiophile gear? Have you been to any of the audiophile regional shows like Rocky Mountain Audio Fest, AXPONA, Capital Audio Fest or any of the others? Let us know in the comments below.