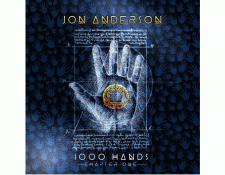 A while back I reviewed the latest album by Jon Anderson, original lead singer, songwriter and prime architect behind the sounds of progressive rock legends Yes.  (click here to jump to that review). At the time I didn't have the recording, called 1000 Hands, on vinyl but thanks to a second run I was able to order a copy. I'm not disappointed even though its only three sides of a two disc se -- the sound makes it worthwhile, especially if you are a fan of Yes.

A Yes album in all but name, 1000 Hands has a massive list of special guests who are on this album including guest appearances by members of the band's classic line up Steve Howe, Chris Squire, and Alan White. 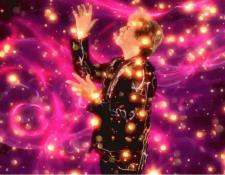 But its more than just an album of heartless cameos. In many ways 1000 Hands is a culmination of ideas Anderson has explored over the years incorporating elements of world music, rock, jazz and even new age ambiance. It is a beautiful recording.

On the three sides of 180-gram, deep black and well centered vinyl you'll hear 1000 Hands at its fullest with Anderson's crystalline lead vocals front and center, sounding full, round and confident. And the fourth side is a silkscreened art print that delivers a peaceful hypnotic spiral pattern when spun on the turntable (note: there is no music on it so don't try to play that side!). 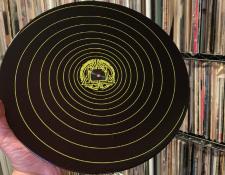 On the streaming and CD versions -- all of which are locked in at 16-bits and 44.1 kHz -- the vocals and other instruments display a bit more of a crisp digital edge. Don't get me wrong, its perfectly serviceable and fine for listening on the go and in the car. But if you really want to hear 1000 Hands at its best, pick up the vinyl edition.

The production on 1000 Hands is epic in scope. Pulling together the hundred plus musicians necessary for a project like this, engineer Matt Brown (Solar Studio in Orlando, Florida), did a terrific job in helping Anderson fulfill his vision in such a grand manner.

I mean, on this one album you'll hear the voice of Yes backed by no less than Billy Cobham, Chick Corea, Larry Coryell, Jean Luc Ponty, Jerry Goodman and many others from outside the realm of progressive rock. 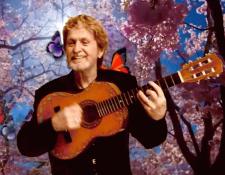 The resulting album is both mesmerizing and exciting. It also makes me wonder what Yes might sound like if the other band members might have been willing to sacrifice commercial considerations in the interest of crafting an album that is lasting and worthy of the artist's legacy.

This could have been a Yes album.

But instead it is a Jon Anderson solo album and that is just fine.  1000 Hands is 21st Century Yes music in all but name.