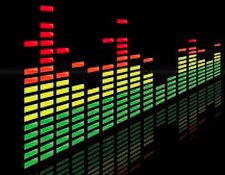 There's been a small firestorm lately over the posts about how 44.1 Redbook standard format is "better" than 192/24. Here's the original post, and here's some commentary (7 pages and counting) from the Audio Circle site.

My position is simple, as I stated in my title, 192/24 files sound better than lower resolution files. How do I know? Simple, I've done tests for the last three years. And I will continue to do tests...

My tests are straightforward. I record live symphony orchestra concerts using a DSD recorder and then using the AudioGate software program I make copies files at 192/24, 96/24, and 44.1/16. After making the transfers I listen to the different versions. The results have been consistent over several years of listening - the 192 File sounds the closest to the DSD file and is the highest fidelity of all the transfers. And how does this added fidelity manifest itself? The 192 files have the best dimensionality and the most easy-to-discipher spatial information of any PCM file. When compared to the 44.1 file the 192 file has a much better rendition of three-dimensional space - Clarinets and Oboes are no longer in each other's laps as on the 44.1 file, but instead are sitting next to each other.

Over the years I've played my recordings for many manufacturers and audiophiles. So far, none have found the 44.1 files to be superior.

Of course all my findings have been based on listening, not theories, but I'm Ok with that.

Now, whether a particular 192/24 commercial recording will always sound better than it's 96/24 or 44.1/16 file of the same performance, is an entirely different question. The results are far more a function of mastering decisions than the inate properties of the different recording rates.

So, if you believe that 44.1 files can and will sound better than higher resolution files, make some recordings at different bit rates and then compare the results. If you do find a set of files where the 44.1 version is best, send me a your files...I'll be eager to listen...