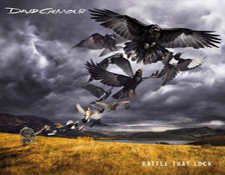 If you already are a fan, then be prepared to fall in love with Drums and Wires all over again

Beyond this new version of Drums and Wires being fun, sounding great and containing much wonderful music, the album has also been quite influential on the rest of the world of music, a point not often acknowledged, but discussed in the accompanying booklet within the set.

Released in 1979, this was the album which put Swindon, England's XTC on the global music map and set the stage for their ascension to the upper echelons of respected British rock royalty. The thing many of us didn't realize at the time was that this album was also the proving ground for a new sound that would become pretty much ubiquitous in the first half of the 1980s. True to the album's title, the overarching sonic palate for Drums and Wires is all about a really big drum sound and super-punchy guitars.

This deluxe edition reissue of Drums and Wires, out now from Ape House, Partridge's label, contains a really interesting backstory involving how the band selected producer Steve Lillywhite for this album. It's Lillywhite who was first able to capture the vision of lead guitarist and primary songwriter Andy Partridge and get it onto tape.

I purchased the Blu-ray edition of the set, so mine came with a CD featuring the new stereo remix  and a Blu-ray Disc containing that and much much more in uncompressed high resolution audio sound. Because I ordered mine from UK's progressive music website Burning Shed, I also received a special bonus Drums and Wires promotional postcard autographed by Andy Partridge himself! 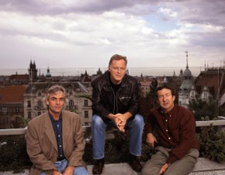 Anyhow, I'll save some discussion of how a band like XTC cross-pollinated with the prog rock world and ultimately got involved with producer Steven Wilson (who is driving this reissue series) for later. For now, I'll get into some nuts'n'bolts of what these mixes sound like.

Because a number of readers have in the recent past commented on my overwhelming passion for the 5.1 mixes and tendency to overlook the stereo mixes, I'll spend some time here on the stereo mixes first.

For the purposes of this review I compared select tracks on the new edition to like-tracks on:

A) A first-press UK copy on LP
B) A promo US pressing on LP
C) A stock US CD on Geffen Records.

Here are some nitty gritty observations:

The UK LP, an "A1/B1" first-press, is overall brighter and quieter volume-wise than the US promo pressing, which was a bit thicker-sounding and (seemingly) has a bit more reverb on it. When I turned up the volume during "Making Plans For Nigel," the UK pressing sounded pretty huge, with a very crisp high end. The Geffen CD actually faired remarkably well all things considered (I mean, it is a CD after all), with a bright but not overly harsh flavor and a remarkable amount of bass. The overall mix on the CD sounded more like the UK LP than the US LP, however. Curiously, "Life Begins at the Hop" sounds thinner on the CD than on the US LP, and a even a tad faster, so I am guessing that a mix originally intended for a single was used for the CD. (Producers commonly speed up the sound on singles to make them sound more lively.)

The sound on the new 2014 stereo CD falls somewhere between them all. It's somewhat bigger and bolder than the UK LP, but with more of the bass and midrange warmth of the US edition. Overall, the new stereo CD keeps mostly true to the sound of Steve Lillywhite's original production vision.

Decidedly, it all sounds like Drums and Wires ... just presented with quite a bit more clarity.

Now, put all that detail aside as I have to report that the uncompressed flat transfer of the original LP mix on the Blu-ray sounds positively huge. It always was a great recording and now you can hear different details on this 96 kHz / 24-bit version. For example, I noticed a little percussive bottle sound in one channel on the verses after the first chorus of "Making Plans For Nigel," which I've never noticed before.

It sounds like someone is bonking a tuned plastic soda bottle in time:  Ba Ba Ba-Ba-Ba. You hardly notice it on the US LP, but it's all there for sure.

On the Blu-ray, the new stereo mix sounds as warm and inviting as the original, but with a bit more of that extra something afforded by the increased resolution which ultimately reveals new detail. It is very much true to the original mix, but with a somewhat tighter focus on Colin Moulding's bass. Yet this leaves plenty of room for Dave Gregory's essential chunky rhythmic guitar work, which counters Andy's funky punctuation. All the instruments punch out really nicely now, and that says something since the mixes were plenty punchy before.