Which Music Is Your Guilty Pleasure? 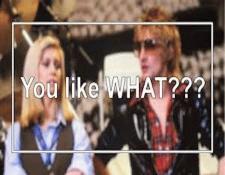 Music, at its core, is intended to entertain, to pass time, to offer background ambiance, and perhaps best of all, enlist memories and emotional connections. For audiophiles, and paraphrasing Vince Lombardi, music is "not everything, it's the only thing."

We all have music probably best termed as a guilty pleasure. Music we are scant to admit we like and enjoy, music we would prefer others not know we like. None of us want a friend look at us and ask, "are you kidding?"

For the record, and in a measure of full disclosure, my guilty pleasure is Disco. 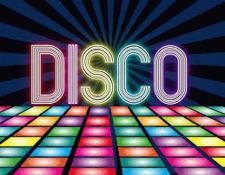 In the early 1970's, I wore bell bottomed jeans, those awful looking (by current standards) flowery shirts with the super wide collars, and embarrassingly, my Mom once bought me a leisure suit. That, however,

I steadfastly refused to wear. I had long hair, about down to my shoulders and drove my parents absolutely bananas with my musical selections - them Bing Crosby, me Deep Purple! I can sum up my actions with one simple word - TEENAGER!

Still, however, my enjoyment of the disco genre was firmly rooted in the early 70's and still, to a point anyway, continues today. Although, in modern times, I don't listen to it all that often. 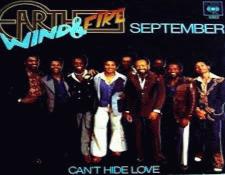 But some good Earth Wind & Fire, Donna Summer, Kool & The Gang, The Whispers, and many others, are all groups I occasionally enjoy.

I attended an audio show a few years ago and it seemed as if each room was playing the same depressing, painfully slow, funeral dirge, chamber music - so much so I was about to go back to my hotel and watch college football. I opened the door of one room and felt like I was back on a nightclub's dance floor because "September" by E, W, & F was playing.

I even said out loud, finally, some good music! 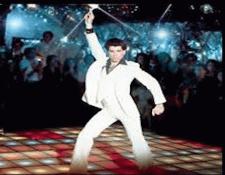 Disco was an outcropping of R & B. Many of the notable disco acts were R & B acts first. Some, like the Bee Gees, became so identified with disco most forgot they were around long before the genre even had a name.

Not to mention becoming globally, internationally popular with the release of the hit movie Saturday Night Fever, which by all accounts came at the end of the disco era. It could also be argued their all-consuming association with disco, and its ultimate demise, as well as the death of Andy Gibb, tempered their careers. That and just getting older.

Still, because it is meant to entertain, is there really anything wrong with having a musical guilty pleasure?

I see as a semblance some people liking Brussels Sprouts and others despising them. If I ask someone how in the world they can eat such a thing, and the reply is "I think they're great," is anyone wrong or right?

Liking one genre does not mean a veritable polar opposite one cannot also be enjoyed. My sixteen-year-old self might play Tavares one minute and switch to Led Zeppelin the next. I liked them all. But I also believe our earliest musical tastes tends to inform what we like for many years.

My earliest musical proclivities were what, at the time, was called "heavy metal." 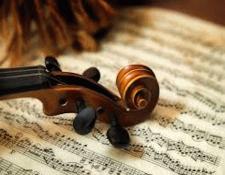 I still like some of it, but I will admit, Judas Priest and Iron Maiden really don't turn me on these days.  Eventually, I progressed from heavy metal to more jazz / rock oriented sounds from groups like Chicago, Steely Dan, and Blood, Sweat and Tears. Soon thereafter I moved into a  liking of jazz which I still prefer today.

However, I never completely warmed to that hard edged, bebop, heavily improvised sound so pervasive in traditional jazz. I really found my foundation in smooth jazz with groups like the Rippingtons, and many of those easy, breezy, Southern California(esque) performers.

When you really listen to those groups, and how so much of their music is composed and arranged, it is not hard at all to hear a decided R & B slant. "Funk" even.  Play some Jeff Lorber to hear what I mean. Because Disco is an outgrowth of R & B, is it just possible my affection for a funky, smooth jazz sound in some remote way reminds me of Disco? Have I really strayed all that far from my sixteen-year-old self? 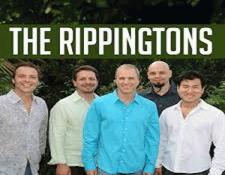 Perhaps the greatest gift music gives are emotional connections. These further bolster the tendency any of us have to stray from our musical norm. Perhaps, as a teenager, we heard a song when we first met a new girl.

Despite that song being in a genre to which we seldom listened, hearing that song today will very likely remind us of that teenaged "awkward" moment, and the new girl. Is it also possible that song may enable us to like a genre others would criticize us for enjoying? If so, therein lies the possibility for a "guilty pleasure." 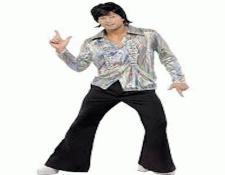 However, if we happen to improbably like a song, group, or genre that makes our contemporaries wonder if we are nuts, that's okay. There are days when I slip into the Eames Chair in my audio room, cue up a playlist of disco and just close my eyes and smile. Sometimes I even "take over" the dance floor.  Well, not really, not anymore.  Tony Manero I ain't...