Ok kids... so... I was all prepared to go all old-school grumpy record reviewer on y'all with this release of the 45th Anniversary set featuring The Velvet Underground's 4th album, Loaded and get all nit-picky on it for a buncha stuff. 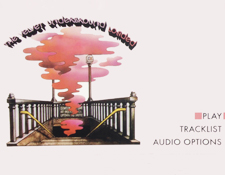 But at the 11th hour, I plopped the DVD into my computer and had a bit of a reprieve recognizing that it does indeed contain high resolution versions of the original album as well as a stereo "fold-down" from the 5.1 surround mix of the expanded and revised version of the recording (re-constructed previously edited songs, alternate running order, etc.). Yes, there they are in all their 96 kHz, 24-bit glory. Actually, my VLC player indicates it is 32-bit, for what that is worth to those of you out in audiophile-land.

Both sound real nice in stereo in their own high resolution digital way. Personally, I still like the way the original mix sounds on vinyl (even on the beautiful purple-lavender-pink multi-color Rhino reissue a couple of years ago on Record Store Day).

"So where are those nit picky things you spoke of at the start before you wandered off into self indulgent blather, Smotroff?" you say...

Given the hefty price tag for this gorgeously packaged coffee table book, DVD and five CD set, I had fairly high expectations. I paid $75 for this at Amoeba Records, folks.

Don't get me wrong. The coffee table book is beautifully done with great, high quality, large scale photos and interesting pictures of tape reels and such. You know, the stuff one would expect to see in a set of this caliber.

Where the producers of this set fell flat a bit was in recognizing just who their target audience ultimately was: hardcore fans of The Velvet Underground who probably have every release by the band many times over.

As great as the VU are, I don't really think that there are legions of aging Baby Boomers sitting around in their "Beemers" or "Soccer Mom" mini-vans waiting to pick up the kids after school while listening to "Lonesome Cowboy Bill" (which is about William Boroughs, apparently). No, the buyers of this set will be (a) existing VU fanatics who want a deep view of the album and how it was made (b) musicians young and old who are -- or have yet to be -- influenced by the Velvet Underground and... and ... well... that is about it.

So... there should have been some attention to the finer details that would have made this a genuinely exciting event ...

Accordingly, here are some of my "nits" 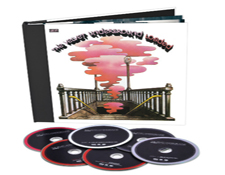 First off, for you audiophile VU fans reading this, the "DVD Audio" disc is not really a DVD Audio disc (despite the presence of the old DVD-Audio logo on the disc). It is a DVD Video disc that contains only audio -- a significant distinction. This is a shame, since they probably could have put all the material on this disc on an actual DVD Audio disc and it would have sounded "that much" better in lossless MLP format. But, no, what we get are serviceable 96/24 DTS and Dolby 5.1 mixes plus a LPCM 96/24 stereo fold down of the 5.1 mix and a "flat transfer" of the original mix at 96/24 (also in LPCM).

Don't get me wrong: it all sounds OK (especially the LPCM tracks). But, I suspect the surround mix probably could have benefited from a still higher resolution presentation.

On the other hand, we should be thankful that we got a 5.1 mix at all -- there are two sides to consider! I get it. I really do.

Anyhow, that was nit number one.

Nit number two has to do with the inclusion of a "remastered" version of the mono bootleg audience recording from Max's Kansas City in 1970 with three fewer tracks than on the 2004 2 CD reissue! Three tracks less? Really? Yup. Yup. This version included in this 45th Anniversary set is thus, in effect, less complete than the earlier version. So what is the point of including it here? I have to guess that it was included as more of a one-disc convenience thing for those who may not have the live album in any sort of digital form.

But, remember what I said about the target audience for this set? Most everyone who buys this probably has Live at Max's Kansas City on vinyl, original CD and the two CD reissue already.

Also, no amount of standard remastering is going to make a mono audience cassette recording from 1970 sound much better than it is. So the inclusion in this set seems a bit of a wasted digital space. 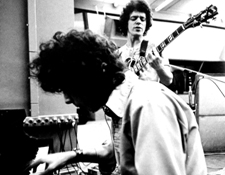 To that, the inclusion of the 1970 show from The Second Fret in Philadelphia is also a very mixed blessing. I get it -- this is a fairly unique show where the drummer was sick or something so the band had to play as a trio (bass and two electric guitars, with Doug Yule playing drums on some songs). The resultant performance includes some interesting, fascinating and unique versions of the songs. But.. as much as I like a good live recording no matter how ambient it is.... and as much as I understand the historical significance of this tape... the reality is the sound on this recording is pretty awful. Dreadful even.

Apparently this show was recorded on a reel to reel deck set up in the back of the club sitting near a refrigerator and the only available electrical outlet. This is a genuine hardcore fan artifact thing, but not something most of us would want to pay $75 for. This would have been a really cool bonus free download or something like that. But taking up an entire disc in a pricey set at the expense of other material, well that adds to my disappointment.