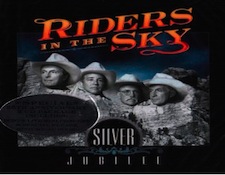 Riders in The Sky - Silver Jubilee

Pulling off a successful musical parody is tough. Keeping the parody going for over twenty-five years is nearly impossible, but Riders In The Sky have done just that. Their longevity stems from their love of what they parody - Western country music as epitomized by Roy Rogers, Gene Autry, The Sons Of The Pioneers, Tex Ritter, and a host of other almost forgotten cowboy B-movie heros. When Riders in the Sky sing "I want to drink my java from an old tin can, while the moon is riding high..." you believe them.

If you've never heard the Riders in the Sky, you're in for a delightful surprise. Silver Jubilee serves as the ultimate "greatest hits" anthology of their extensive back catalog. Along with cowboy classics such as "Cool Water," "Ghost Riders in the Sky," La Malaguena," "Tumbling Tumbleweeds," "Ringo," "Blue Mountain Skies," "Rawhide," and "Texas Plains," you'll hear some of their best comedy routines such as "Sidekick Heaven," "Phantom of the Chuckwagon," and "Salting of the Slug."

Every time I listen to the Riders I'm struck by not only their good humor, but also by their musical precision. Their spot-on three and four-part vocal harmonies combined with authentic yet innovative arrangements topped off by seriously hot instrumental solos completely floor me. These guys are just too good. As if their music wasn't enough, the Riders of the Sky have developed a unique stage presence. Each member, Joey the Cowpolka King, Ranger Doug, Woody Paul, and Too Slim, have unique personalities.  It's not just fancy cowboy drag, but their complete embrace of the archetypes and clichés that completes their multidimensional theatrical presentation.

I don't care how cool, how outré, how bleeding edge your musical tastes may be, if you don't like Riders in the Sky you're a square. Not "getting" the Rider's music means you don't understand what makes America's musical heritage special. Yes, you need this CD if only for those days when that little black cloud over your head threatens to expand to fill your horizons. Even a single dose of this two disk CD will shoo away your blues like a tumbleweed on a windy day. 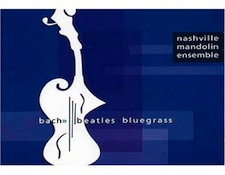 Back at the turn of the century mandolin orchestras were an important part of the American musical landscape. Orville Gibson's fledgling musical instrument company specialized in making all the necessary constituents of a complete orchestra - mandolins, mandolas, mando-cellos, guitars, and mando-basses. In the twenties the dual forces of the Hawaiian craze and banjo-driven minstrel music drove mandolin orchestras from the musical forefront (and almost forced Gibson out of business as well.) Only fairly recently have groups based on the mandolin family reemerged. The Nashville Mandolin Ensemble demonstrates the capabilities of such a musical amalgamation.  Their musical breadth and scope covers everything from Bach to Dickie Betts.

Organized, led, and produced by mandolin whiz Bruce Baldasarri, the Nashville Mandolin ensemble includes Stephen Dudash on mandolin and five-string viola, John Hedgecoth on mandocello, Van Manakas on guitar, David Spicher on bass, and Walter Carter on mandola. Guitar collectors may recognize that last name. Yes he is THE Walter Carter whose day job is resident historian for the Gibson guitar company. Notice how all the cool guys play mandolins and mandolas.

Although the CD leads off with a suitably reverent version of Bach's "Jesu, Joy of Man's Desiring" the ensemble shows they can get a bit rowdy on Lennon/McCarthy's "Eleanor Rigby," spacey on Charlie Provenza's "As Far As I Can See," and seriously out there on Roger Hudson's "Rite of Strings." My favorite cut, written by mandolin king David Grisman, "Happy Birthday Bill Monroe" features some wonderful dual leads on fiddle and mandolin as well as fine guitar and mandola solos.

The sound on Bach>>Beatles>>Bluegrass deserves special attention. Recorded live using an Apogee 24 bit A/D and Brauner stereo mic as the primary microphone, the sound has a fantastic sense of aliveness. Unlike some recordings such as the otherwise superb Mike Marshall/Chris Thile Collaboration Into The Cauldron, where the artificial ambience gets in the way of the music, here the natural ambience wraps around you like a warm sweater, making everything feel comfortably right.

Before, during and after the winter holiday season people are looking for recordings as gifts and soundtracks for their lives. Bach>>Beatles>>Bluegrass would make a wonderful addition to anyone's Christmas stocking, as it's guaranteed to increase their quota of holiday cheer. 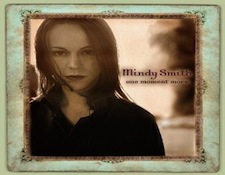 When I heard Mindy Smith singing "Jolene" on the Dolly Parton tribute album Just Because I'm a Woman my first thought was WHO IS THAT? Smith has a special quality to her voice and phrasing that stops you dead in your tracks. Her new album, her first album actually, proves that the cut on the Dolly Parton anthology was no fluke.

Mindy Smith wrote all eleven songs on One Moment More.  There's not a single dud among them. The songs themselves fall into that gray area between country, folk, and contemporary pop. They feel like the kind of material Faith Hill wanted to do on her latest release Cry. In addition to fine songwriting, the arrangements and orchestration on One Moment More are first-rate.  Accompanied by musicians such as Bryan Sutton on acoustic guitar, Glenn Worf on bass, Kenny Vaughn and Will Kimbrough on electric guitar, Matt Rollings on Hammond B-3 organ, Dug Dugmore on steel and lapsteel guitar, Lex Price on mandolin, and co-producer Steve Buckingham on dulcimer, B-3, and electric guitar, Smith delivers a platinum-worthy first effort. The sound production on One Moment More is state of the art - smooth, sweet, detailed, real ear candy.

Savvy reviewers should avoid predictions, but Mindy Smith can provoke otherwise cagey pundits into perching on precarious protuberances. She has all the necessary attributes to be a huge star. I think she could be as big as big gets - One Moment More is the alt-country equivalent of Cheryl Crow's first album Tuesday Night Music Club or Shawn Colvin's Steady On - a grand slam home run first effort. Like her other new fans, I'm eagerly looking forward to more.