The Muffs' No Holiday: A Bittersweet Swan Song on CD, Tidal and Qobuz Streaming 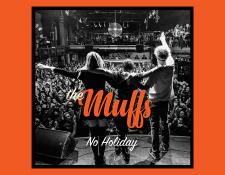 It is hard enough to write a review of an album that is just being released right after its lead singer, main songwriter and producer passes. Its that much harder to write when the group is one that you somehow missed along the way.

The Muffs' new album No Holiday is a sweet, fun record of rockin' power pop-rocks. And it becomes a bittersweet release because the group's founder and guiding light, Kim Shattuck, just left this mortal coil after a two year battle with ALS.  And while I certainly feel terrible for Kim, I also can imagine the band members' sense of heartbreak, who not doubt put a lot of energy into this album, being released this week on Omnivore Recordings.

For me personally No Holiday represents yet another one of those happy-sad music moments: The Muffs were one of those bands that slipped under my radar somehow and now I'll never have a chance to see them live and all that. 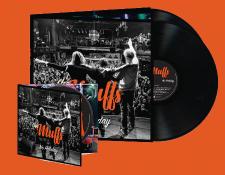 Even though they are described as a punk band, I think that moniker does them a disservice -- at least for this record. The music on No Holiday leans more toward the driving epic guitar crunch of the first Weezer album than the spitfire sturm und drang of The Ramones or Dead Kennedys. To my ear, The Muffs sound closer to power pop than punk...

No Holiday sounds real good on the CD that was sent to me for review (it will be on vinyl and digital platforms as well). This is basic guitar, bass and drums pop rock folks so don't go into this expecting Abbey Road. But if you want a melodic, stripped down rock 'n roll romp, The Muffs' No Holiday may be your jam. And its not all electric: there are touching acoustic moments like "The Best" which I dare you to listen to and not shed a little tear given the current turn of events. 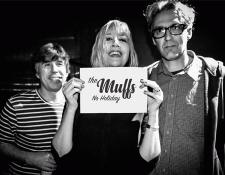 So far, my favorite songs are the Beatle-y "To That Funny Place" and the almost lo-fi "Happier Just Being With You" (with its wonderfully clunky acoustic guitar front and center in the mix).

If you have Tidal you can enjoy "A Lovely Day Boo Hoo" streaming there in MQA format (44.1 kHz, 24-bits) by clicking here; the song is also on Qobuz (click here). I suspect that upon release you'll find the full album streaming there as well. If you are like me, you'll probably hang out there a while at it seems all of The Muffs' albums are up there streaming.

No doubt The Muffs and Kim Shattuck will continue to inspire for generations to come. Rest in peace.