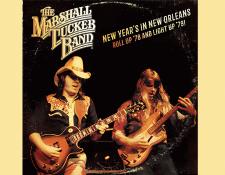 In the world of so-called "Southern Rock" there were several early established leaders in the category who pretty much reigned supreme for a long period. Beginning more or less with The Allman Brothers, the genre solidified as an entity when debut albums by The Marshall Tucker Band and Lynyrd Skynyrd hit the charts in 1973. There were others but it was arguably those three groups pretty much defining the extended jam boogie rock with a slight country western bluesy twang concept.

Each of these groups was distinct and a little different, The Allman Brothers Band bringing a more direct blues jazz element to their mix while Lynyrd Skynyrd delivered the rock 'n boogie goods. Somewhere in between, The Marshall Tucker Band blossomed.

I got turned onto this group right from the get go when my middle brother brought home their debut album with their classic songs "Take The Highway," and "Can't You See?" It was a great debut and their follow up albums were almost equally strong (I'm real fond of their fourth album Searchin' For A Rainbow). 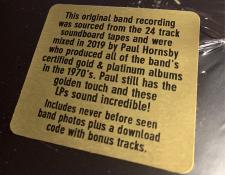 And then something really curious happened: they got real popular and had some big crossover mainstream hits that made them staples of FM radio and even on AM radio if I'm not mistaken. "Heard It In A Love Song" was everywhere. It was around this time that I kind of lost interest in the band, around 1977 and 1978 which happened to coincide with the emergence of New Wave and Punk Rock, as well as the peaking of Progressive Rock music.

So when I heard about the Record Store Day release of The Marshall Tucker Band New Year's in New Orleans! Roll up '78 and Light up '79!, I reached out to their publicity people to see if I could get my hands on a copy.  I was curious to hear what I might've missed.

In 2020 hindsight I hear a band that had matured and grown into quite a formidable jamming assemblage. And it is that way we get to enjoy this group, pretty much in full flower for this fine live recording, culled from the 24-track master tapes by original albums producer Paul Hornsby. 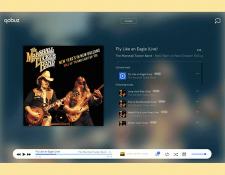 Here on The Marshall Tucker Band New Year's in New Orleans! Roll up '78 and Light up '79! you'll hear then-current hits including their now classic "Heard It In a Love Song" as well as tracks from albums such as "Long Hard Ride" and "Together Forever" (albums which I admittedly have not really heard before).

And that's probably my loss because the band sounds really good! They are well oiled consummate performers, delivering their signature blend of two guitars plus flute and sometimes even saxophone - I can hear now that this was part of their secret sauce differentiator from other Southern Rock groups of the of the period.

This show includes some tracks from their classic debut. Lead guitarist Toy Caldwell turns in a heartfelt version of "Can't You See?" even though his voice was shot that night. The band also does an absolutely ripping version of "Rambling On My Mind" which is played at a crazy fast pace. Singer Doug Gray's voices is quite remarkable on this soulful-yet-smokin' take. 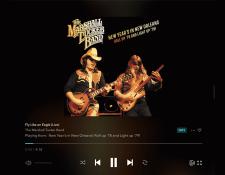 In general the CD version sounds real good.  The streams are solid too. But for me, the two disc standard weight vinyl set sounds best. The pressing is impressively very quiet and well centered, so the music just jumps out of the grooves through your speakers. It is one of those rare albums where you put on the disc and the vinyl just disappears.  Do note that due to time constraints, three songs are left off the vinyl album to ensure good fidelity -- they give you a download code for a portable MP3 version with the full show including the missing tracks ("Dream Lover," "Hillbilly Band" and "I'll Be Loving You").  All the songs are on the CD version however.

The Marshall Tucker Band New Year's in New Orleans! Roll up '78 and Light up '79! is a great album and if you like this band and you probably need it even if you have a copy of the original WNEW-FM radio broadcast.