The new incarnation of pioneering progressive rock band King Crimson now roaming this earth on tour is, in many ways, a culmination of all the Crim's that have come before it. With founder, visionary, main songwriter and guitarist Robert Fripp as the connecting glue, since 1969 King Crimson has challenged and moved-forward the front lines of improvisational progressive music. 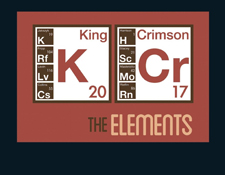 This latest Crim bridges the band's long strange trip from its first edition up to present times. I have written about them in recent posts which you can read by clicking here. This review, however, is about some of the albums that I picked up at their concerts (which I had the good fortune to see twice on the current 2017 tour)

First up is the latest installment of the band's "elements" series of overview collections: King Crimson 2017: The Elements is a fine snapshot of both this current band and the music it is playing at this time. With one of the original early 1970s band band members in tow - - Mel Collins on saxophone and flute - - as well as 80s/90s-era bassist Tony Levin, this new King Crimson can quite literally tackle any era of the band's music and then some. Indeed on the set you will hear both classic King Crimson groupings from the past as well as exclusive new recordings by the current band, over more than 30 tracks including rehearsals, studio session outtakes and live performances.

This is a significant detail. Especially as the 80s incarnation of King Crimson once proudly proclaimed back in the day "We don't do 21st Century Schizoid Man" 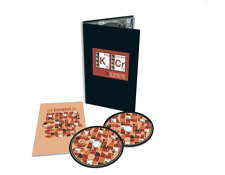 Disk Two of King Crimson 2017: The Elements is particularly notable for its study of the seminal Crim tune "Larks Tongues in Aspic," taking you through all of the different versions of the song's evolution (Parts 1 - 4 and "Level 5" which I just learned is a continuation in this series).  It's really remarkable listing to a set like this because in a fairly condensed space you get to hear things like an extracted solo lead vocal by original singer Greg Lake followed by a live version from 2015.  You get then and now in a heartbeat. You get to hear the new band doing vintage material as well as music from the turn of the century, re-invented with additional instrumentation. This is a very thoughtful collection, even for the advanced Crim-head, showcasing not only the accomplishments of the earlier bands but those of the current incarnation

Overall the sound here is excellent even on some of the archival material dating back to the 1970s -- high-quality and high fidelity. King Crimson 2017: The Elements comes with a very informative full-color 12 page booklet and is all housed in a hard cover book-styled slip case. For the $25 price of admission -- cheaper still on Amazon! --  I found this set a very good value even if I had some of the material on it elsewhere in my collection  - it's nice to have it all collected and curated in one place.

Another significant release I purchased at the concert is a five song extended play mini album/CD called Heroes, an homage to the nearly 40th anniversary of the David Bowie song which was recorded in view of The Berlin Wall.  Some of you may know that King Crimson leader/founder Robert Fripp played on  significant Bowie albums including the hit song "Heroes."  Fripp created  the signature guitar riffs -- arguably -- shaping the sound that made the song so distinctive. On this mini album is a tremendous live recording of that song recorded in Berlin on September 12, 2016. Also from the 2016 tour are versions of early 70s Crim classics "Easy Money" and "Starless." 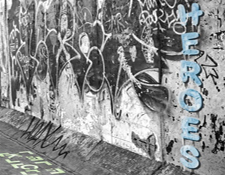 One new song, "The Hell Hounds of Krim" makes an appearance here on this fine EP. They were selling this album at the shows for just $10 and it was totally worth it; if you can't make it to the shows or missed picking it up, you'll find it very reasonably up on Amazon.

Perhaps because I bought King Crimson 2017: The Elements and the Heroes EP, the seller at the show also gave me a copy of a handy sampler album by The Stick Men, a side project featuring longtime King Crimson members Tony Levin (on Chapman Stick) and drummer Pat Mastelotto along with "Touch" guitar wizard Marcus Reuter. Having seen The Stick Men perform live, I assure you that this music is progressive musical wizardry of a very high order.  Included tracks like "Mantra", "Prog Noir" and "Embracing The Sun" underscore the notion that Fripp's musical DNA is no doubt expanding in the universe for generations to come.

Quoting from the 80s King Crimson classic Indiscipline:  "I like it!"

King Crimson is on tour again in the US this coming fall. Highly recommended!