Less can be more. Proof of the concept was particularly in bloom this past Record Store Day with a number of EP releases from a bunch of artists I like. Here are a few tidbits I taste tested to perhaps whet your musical appetite: 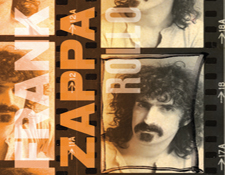 This is a wonderful vinyl companion to the fabulous archival (CD) releases documenting the more horn-centric music Frank Zappa was making around 1972, the period of The Grand Wazoo and Wakajawaka albums. This limited edition, numbered Record Store Day edition features a first time vinyl appearance of "Rollo," a once-unreleased song which many have grown to love in all its epic splendor -- Zappa even played it on Saturday Night Live in 1978 with John Belushi sitting in on vocals!  Heck, I think Dweezil Zappa has even been performing it live in recent years. This fine performance of "Rollo" presents many themes that would pop up in later Zappa songs including "St. Alfonso's Pancake Breakfast" from Apostrophe in 1974. "Rollo" has made previous appearances including on the surround sound DVD-Audio release Quaaudiophiliac and the CD-only vault release Imaginary Diseases.  "Rollo" is a fascinating example of how some composers work, developing musical ideas over time until it finds a permanent song to call home. The flip side to this lovely little disc is a 10-minute, previously unreleased excursion called "Portland Improvisation" which is exactly what you think it might be. Issued on thick, clear vinyl, this 10-inch long playing record spins at 45 RPM and sounds great, mastered by Bernie Grundman. Fun stuff!  If you want to catch up on some of the archive releases from this period, I did review them earlier this year which you can jump to by clicking here. (Convenient that, eh?) 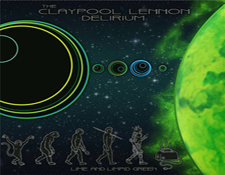 This was a surprise on several levels. First, I didn't expect another release from this band fronted by Les Claypool of Primus and Sean Lennon (The Goastt, Cibo Matto, etc.) quite so soon as their new album -- Monolith of Phobos -- is still pretty fresh. So that in of itself is a cool thing. When I heard there was going to be a live EP out for Record Store Day I was excited and lucky to score a copy. I was also pleasantly surprised to find out that it wasn't a live recording at all but a series of studio takes. Cooler still!  Like a mini version of Bowie's Pinups album, Lime & Limpid Green (the title coming from lyrics to the Pink Floyd song here on this disc) is either a sampler of some of the influences behind this fine band or simply some songs they like ... or both! Whatever. Included are fine fully fleshed out renditions of Pink Floyd's "Astronomy Dominae", King Crimson's "In The Court of the Crimson King", The Who's "Boris The Spider" and Flower Travelin' Band's "Satori." Of the four tracks, I am only unfamiliar with one of the original groups and songs, the latter one. And that, my friends is EXACTLY why a release like this important and valuable -- turning people onto new music they might have missed. Coincidentally, on Record Store Day this year I distinctly remember seeing a number of people in two different stores puzzling over an album by Flower Travelin' Band and what it was about (It was reissued this year apparently), so I know I'm not alone in this journey of discovery.  Time to get myself some edjumacation about this group which apparently hails from Japan, initially in the 1960s. Always good to learn something new, right?  This EP one was not super common to find so its seemingly commanding some pretty heady coin for a recent release already up on Discogs. But do keep an eye out for it as you may find one lurking in the back racks at your favorite store somewhere. Poke around on YouTube and you may well find some of the EP tracks up there.  And if you like psychedelic electric progressive rock music, The Claypool Lennon Delerium might be a fine new trip for you. You can read my review from last year's album release by clicking here. 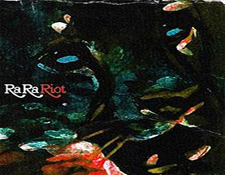 I'm pretty proud of Ra Ra Riot which was born out of my alma mater, Syracuse University.  Yeah, SU generated a group which has not only a growing following, they also happen to be super talented and fun. This Record Store Day release is a first time vinyl reissue of their debut EP which, frankly,  I didn't even really know existed so that, Dear Readers, is a good thing... again, still learning stuff! That this debut release is a fun spin is also a plus, showcasing the early Ra Ra Riot sound fairly well formed and very much showing its influences on its sleeve in a charming way. You'll hear echoes of early U2 and other early 80s new wave bands in this music, but I mean that in the best possible way. This group has impressed me a bunch in recent years both live in concert and on studio recordings.  I've reviewed their fine latest album Need Your Light (click here for review) and their wonderful prior release Beta Love (click here for review). This debut EP reissue comes on a 12-inch black vinyl pressing that is well pressed, quiet and noise free. If you can't find the vinyl, it is available on digital platforms at the link above in the sub-header here. If you might like a group that somehow blends 70s and 80s soul and pop influences -- on their more recent albums, imagine if 70s solo Steve Winwood joined ELO to do some early U2 covers -- you might like Ra Ra Riot.  Check them out.