Out there in the wilds of record-collector, music-enthusiast audiophile-land, there is a wide gap between those who like their music as analogue-y as possible and those who don't really care too much one way or another.

As long as it sounds good and is fairly true to the original pressings and original sound, most collectors are often happy with a reissue.

For the most part... 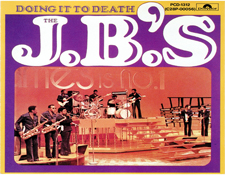 Of course, within that group is a subset of collectors who turn up their nose at all manner of reissues, even if it comes from a respected high end audiophile company.  They would rather pay premium coin for a deep groove original pressing from the 1950s or a so-called "hot stamper" edition that some are reselling these days.  That's cool. I get it.

Whatever floats your boat, right?

I do hope that -- in my own little way -- my humble writing is helping to clarify situations for you, Dear Readers.  I relish those times when I have useful information at hand, or at least can shed some light on what to expect from those scenarios where we don't have all the minutiae at our fingertips and and must rely solely on our eyes and ears to make a judgement call.

Now, in some ways, I myself have fallen prey to said "snootery," springing $50 for a limited edition 200-gram blue vinyl reissue of a classic album like Miles Davis' Kind Of Blue, for example.  But even there, its hard to call that buy "snootery" as it was a purchase driven by a desire as near-definitive a version of the recording as possible at that time and place.  My decision was driven by several factors including the facts that the reissue was (a) an expanded release with bonus tracks and (b) featuring a speed-corrected remaster that in theory would trump any original pressings and (c) would likely play cleaner with a quieter noise-floor than any original "six-eye" Columbia Records pressing I might find at a collectors shop.

I don't regret that decision on minute -- it sounds amazing.

Yet, I have also found myself on the flip-side of this scenario, opting for decent sounding bargain bin reissue simply because the cost-enjoyment ratio was just right. That is, my enjoyment of a $12 reissue might be just as high or higher than a $40 audiophile reissue simply because the variances between the pressings are (a) subtle and -- for certain types of music -- (b) almost irrelevant.

So what does this have to do with the vinyl shootout of a vintage 1973 James Brown side project related album?

Hang on a moment more...

These days, when you are out there looking for a vintage album on the collector's marketplace, some can be very pricey due to relatively high levels of interest in the music genre and the artists involved. In the past five years, I've been digging in deeper to vintage Soul music from the 60s and 70s and I've learned this stuff can be hella pricey! 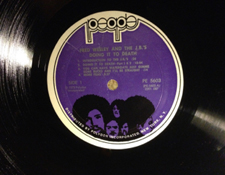 But seriously, old Soul albums were often played to death on less than perfect automatic record changers back in the day. Most everyone had one of those things back in the day and if they were a little out of alignment or the owners simply didn't take care of their records, playing them in stacks (as many often did), well they just chewed up many records. Thus it is already a difficult thing to find nice good condition "clean" pressings out in the wild.

Add to that the modern day DJ culture which has inspired several generations of dance music DJ type collectors to snap up a lot of this stuff (including bringing a lot of it over for sale in Europe where so called "Northern Soul" is a big deal among the buying public). Soul records are more elusive than you would think and if you find an original pressing of something highly desirable, the albums can be costly.

This very long-winded intro is here to pave the way for a recent acquisition I made of one of these vintage Soul records that is indeed not easy to find (at a reasonable price): a clean copy of a vintage early 70s soul album by James Brown's back up band The J.B.'s. called Doing it to Death on the boutique Polydor Records subsidiary label, People Records

The cool thing for you, Dear Readers, is that when I got the record home I remembered that I already had a budget-priced purple-colored vinyl reissue of this album which I picked up a year or so ago for $13 at Amoeba Records.

Bingo! I realized I could do another of my shoot out series of comparison / contrasts articles.

And that is what we'll do here today....