Run For The Rosebud 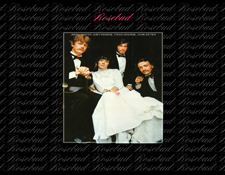 Some of you might know Henske and Yester (producer for the likes of The Association, The Turtles and Tim Buckley) from their 1969 release Farewell Aldebaran, which initially appeared - and disappeared all to quickly - on Frank Zappa's Straight Records label. It was reissued to quite a bit of applause last year, the least not being from yours truly who reviewed it here on Audiophilereview just about a year ago.  You can click here to read that review.

After the quasi-psychedelic folk rock trip that was Aldebaran, Henske and Yester pulled together this more formal and very talented band, Rosebud, for their lone eponymously titled album on Straight/Reprise Records, released in 1971.

Sadly, it too tanked commercially but that doesn't make it any less great. Rosebud has been reissued by the good folks at Omnivore Records including a full album's worth of bonus tracks in the form of demos and single mixes.

Overall the sound of Rosebud fits snugly between Volunteers-era Jefferson Airplane and late period recordings by The Cowsills, and I mean that in the best possible way!  After all, Judy had covered "High Flying Bird" many years before the Airplane (who played it live including at Monterey Pop in 1967). 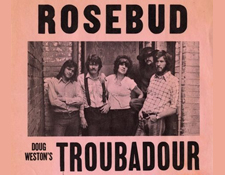 There are some should-a-been hits on Rosebud including the single "Reno," with its hooky "when you ride" refrain. An anthemic earworm that kicks in about two minutes into the song, listen for that song on the latter part of the brief promotional video that Omnivore Recordings made to promote this reissue (click here to go to the YouTube video). The Jefferson Airplane should have recorded "Reno!"

Rosebud is stylistically super diverse but somehow it all holds together, from big choral sunshine-pop harmonies to plaintive back-porch banjo plucking! "Roll Home Cheyenne" could be a spirit guide for John Denver's 1973 smash hit "Rocky Mountain High." I also really like a song that didn't make it onto the album, the bonus track "Mercury of Fools."

As an end-to-end listen, Rosebud is a sophisticated pop record that stands the test of time and it grows on you with repeated listens.  Good songwriting and production is timeless, folks... 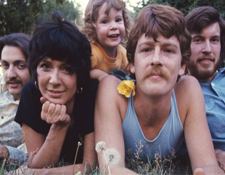 The CD reissue includes a fine booklet complete with rare photos and background information about the group. There is also a companion vinyl reissue of Rosebud which I have not heard - I have an original pressing -- but based on past vinyl offerings from Omnivore Records I suspect the quality of the new version will be very high. Still, I would recommend getting the CD first so you can hear all the 10 fine bonus tracks -- there are some real gems there.  As CDs go, it sounds real nice.

Rosebud is a great album for those of you into vocal rock-pop with smart twists.  It might also be a good entry point for you to begin exploring Judy Henske's life work. In fact, according to her website she is back in the studio recording with Rosebud member and eventual husband Craig Doerge, 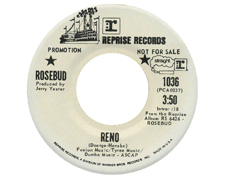 It's worth noting that after Rosebud, Doerge went on to record a solo album and became a part of the 1970s answer to "The Wrecking Crew," called "The Section". This was an influential group of session musicians including iconic bassist Leland Sklar, Danny "Kootch" Kortchmar and legendary drummer Russ Kunkel.  Check your albums from the 1970s and you'll see these names popping up on a multitude of recordings by everyone from Carol King and Linda Ronstadt to Jackson Browne, Warren Zevon and Neil Young. In many ways, they were the sound of Southern California rock from that period.

Anyhow, while the Rosebud album again burns brightly out of the ashes of obscurity, this musical story is far from over...  The world of Judy Henske and her friends is very much worthy of your exploration...