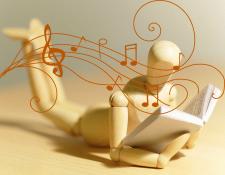 I like to read. But... like so many of us, I don't have time to read as much as I would like. Somehow, the books still pile up waiting for that moment of clarity where I can focus on that one volume for an extended period of time. Right now there are at least 20-30 books in my "present reading" or "to read" pile... and a good half of them are music related.

With the Covid 19 Coronavirus crisis shutting us inside all these weeks, I really have no excuse not to explore some of these books. Reading is a great escape, as it requires 100% of your attention,  which is probably a good exercise during these trying times where many of fall back televised entertainment.

In the spirit of community, I thought you might enjoy look at some of the books I am starting to explore. And of course if  you want to get any of these yourself, click on the title for each book and you'll jump to Amazon. 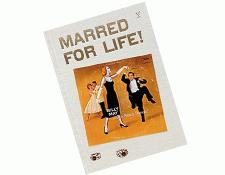 I bought this on a trip to LA earlier this year and had such a laugh looking at the sample copy the store had out, I had to spring for it.  From the Amazon page: "Marred for Life! presents over 250 record covers, lovingly and mischievously vandalized by anonymous music lovers. The LP covers were selected from the collection of Greg Wooten, a Los Angeles-based collector, musician and design purveyor. Wooten and his community of record-collector friends have discovered these in used record bins over the course of several years. Sometimes over-the-top and other times subtle―and often, really funny―the objects become a kind of found folk art."  These are covers many of us record collecting crate diggers have seen over the years -- I could probably make my own volume of this kind of book! 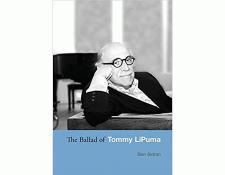 The Ballad of Tommy LiPuma

Composer performer Ben Sidran's book on  this music industry icon looks like an important study. LiPuma is one of those names you saw on albums of the past 40 years and seemingly whenever you opened an issue of Billboard. From Amazon: "Tommy LiPuma was one of America's most successful record producers whose work with seminal artists like Miles Davis, Diana Krall, Barbra Streisand, Rickie Lee Jones, George Benson, and Willie Nelson went on to sell over seventy-five million records. The Ballad of Tommy LiPuma is real-life Horatio Alger adventure storied with bootleggers, gangsters, artists, hipsters, set in a revolutionary time in music history that changed popular culture around the world." 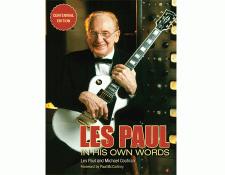 Les Paul In His Own Words

I won this in a contest in a Facebook fan group for Les Paul, apparently a reissue of a once-limited edition released not long after Les passed away. Somehow I missed this, which is odd since --- in case you didn't know -- I am a big big fan of Les (I've written about him a bunch over the years actually). I've already started diving into this one...

My Week Beats Your Year: Encounters with Lou Reed 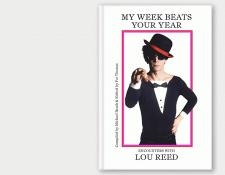 This one is extra special as I know the folks who put this fascinating book together, writer Michael Layne Heath and author, musician, producer Pat Thomas. I bought this at the book's formal unveiling event at City Lights Books here in San Francisco and it looks fascinating.  From Amazon: "My Week Beats Your Year: Encounters with Lou Reed features 30+ interviews spanning his solo career, from the golden era of print rock-journalism, to the first online blogs... an intimate portrait of Reed who, in addition to being notoriously prickly, was also intelligent, articulate, and deeply passionate about what was important to him, both as a person and as a creative artist." 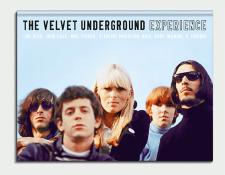 Another book I bought while I was at City Lights Books, this looked too good not to pick up. From the City Lights Books website: "Compiled from archival ephemera, unpublished photographs, films, album covers, posters, fanzines, letters, testimonies, and poems, this monograph gathers anew the Velvet Underground Experience exhibition that opened in Paris in 2016 for a US audience, recreating the sonic, visual, and emotional experiences of the underground scenes in New York, where extravagances were always allowed... The Velvet Underground has become a cultural phenomenon over the decades, one that continues to fascinate audiences around the world. 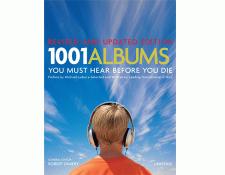 1001 Albums You Must Hear Before You Die: Updated Edition

This updated classic was given to me as a Christmas gift in December (I had an earlier edition). From Amazon: "...a highly readable list of the best, the most important, and the most influential pop albums from 1955 through today.  Included with each entry are production details and credits as well as reproductions of original album cover art. Perhaps most important of all, each album featured comes with an authoritative description of its importance and influence." 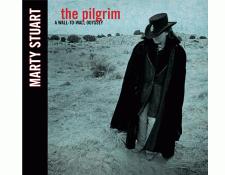 This 20th Anniversary super deluxe coffee table book celebrating Marty Stuart's 10th album was sent to me to review as it comes with a CD. I'm not familiar with Marty's music but this seems a good place for me to begin learning! From Amazon: "The risky and ambitious concept project--based on true events that transpired in his hometown of Philadelphia, Mississippi--was a turning point in Marty's unique artistry.The Pilgrim represents a rediscovery of his roots and a creative rebirth that continues to reverberate today. It's about art, discovery, artistic integrity, and a vision that set Marty Stuart on a new path." 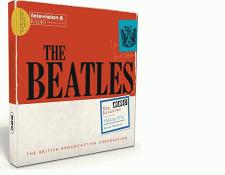 I wanted this when it came out but admit it was pricey. Beatle fanatics need all these kinds of reference books but they can break the bank if you try to get them all.  It has come down a lot in price. Heh, heh... I got my copy in near perfect condition at a flea market for $10!  So maybe you can find a reasonably priced copy to explore like I did.

Rip It Up: The Specialty Records Story (RPM Series)

A historical overview written by music industry legend and composer, Billy Vera, exploring the label that gave us Little Richard! It will be interesting to learn the back story on this company which became one of the most important independent labels for African-American music in the 20th century. 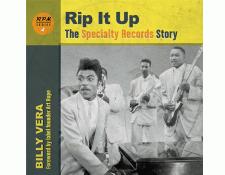