When it comes to sound murkiness isn't usually considered a good thing. Neither is groady, dark, inferential, illusionary, artificial, or confusing. But what's not considered good in audio reproduction can be an integral part of music and a musical artist's intention for a song. 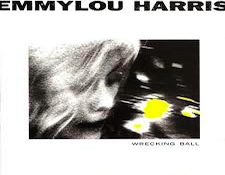 A classic example of purposeful murkiness was the Daniel Lanois production on Emmylou Harris' Wrecking Ball album. One critic described its sound as "like listening to music coming from the bottom of a mine shaft." The original Wrecking Ball CD was one of those magical recordings that is so odd that it could make you think that something in your stereo system was broken. But there was something about this album, largely populated by covers (as are most Emmylou Harris albums) that made it special. In her introductory album notes Gillian Welch wrote, "Thinking back, my impression was one of veils blown aside, exposing stone, blood, and bone. Lanois' panoramas sounded both exultant and fierce. The pasts, presents, and futures that Harris inhabited felt ecstatic, like walking out into high fields inadequately clothed but continuing on, bravely trusting in spirit over flesh."

Wrecking Ball is still an album that's worth listening to more than once, especially the new version recently released by Nonesuch and available on HDTracks s in a 44.1/24 bit version. I'll admit that I hated the sound on the original release of Wrecking Ball. It was boomy, overly reverberant, and seemed at the time to be more about obscuring music than making it heard. Fast forward nineteen years - the new release still sounds dark and purposefully acoustically obscure, but instead of turning into sonic slop like the original release the new version remains articulate even as it ventures into its own unique and other-worldly sonic signature. 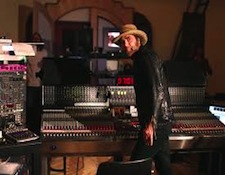 And how, specifically, does the new Wrecking Ball sound better than the original? Unlike the original, the sonic qualities on this new release make sense. Between the re-mastering and the additional bit depth expanded from 16 to 24, the artificial acoustic environments constructed by Lanois stay intact instead of sliding into the incompressibility as the mix gets more complex. On the original what you can't hear overshadows what you can.

Often when a re-release includes outtakes and alternative versions my reaction is, "They made the right choices the first time." The thirteen additional tracks on this release (one more than the original twelve) reveal how differently the music sounded before the final mix and, more importantly, how much effort was put into manipulating the original twelve songs so they shared a similar sonic footprint. 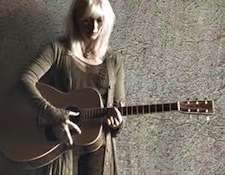