When I began collecting records in earnest back in the mid-late 1970s, there were many records common to the bargain bins which you saw everywhere you went shopping for music.  Near ubiquitous were albums by Badfinger (Ass, Magic Christian Music, No Dice), Elton John (Friends), Nektar (Recycled, Remember the Future) and many others. They weren't bad albums -- some were downright great! But for whatever reason, too many copies were made and the albums ended up in the overstock discount bins selling for  $1.99 or less.

Many of those albums are now collectors items! 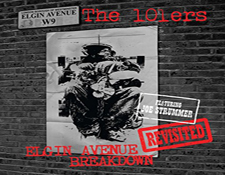 One of the early punk flavored albums I remember seeing regularly in the bargain bins was called simply 1976 Max's Kansas City. It had a black and white cover and listed a whole bunch of bands which at the time I had not heard of before; hey, I was a kid from NJ listening to Bruce, Billy, Yes and Zappa mostly at that time, eventually getting on the New Wave bandwagon with Elvis Costello the gang at Stiff Records [Nick Lowe, Dave Edmunds, Rockpile, Wreckless Eric, etc.].  Featured on this album were names I would soon learn about once I got to college:  Pere Ubu, Wayne County, Suicide. Still, for some reason I can't explain I never felt compelled to pick up the album. There was no Talking Heads or Television there... No Blondie... No New York Dolls even...

My bad.  I should have checked it out.

Nowadays you hardly ever come across this album which documents the early music scene there at that very important club called Max's Kansas City, by the bands that were part of the backbone of the club, bands that never quite got as big as those other bands I just mentioned in the prior paragraph. For perspective, next to CBGBs, Max's was the other key breeding ground for all things punk and eventually new wave.

Recently I read a book about a bunch of the bands from this period, groups which sort of fell between the cracks. The book had a whole chapter on The Fast which sounded like a band I should be checking out -- and they were on that Max's Kansas City cut out album! They were supposed to be the band most likely to break out of the NY scene at the time and tragically didn't really get that chance (it's a long story, but do read this book called Flying Saucers Rock 'n Roll for more on that group as well as fave underdog rockers The Good Rats, another great NY band who should have been huge).

So when the PR people behind a new reissue of 1976 Max's Kansas City -- now titled Max's Kansas City: 1976 & Beyond -- contacted me about a potential review, I jumped at the opportunity if only to hear what The Fast actually sounded like. Some of you who have been following my reviews know that I don't automatically go searching YouTube or Spotify for things like this, and I admit to being a little old school that way but for good reason:  I want my first listen to new music to be in the best possible sound and hearing music compromised by a potentially crummy MP3 file isn't going to do it for me.  I generally won't do a review off a stream or an MP3 for that reason. 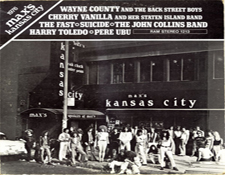 Anyhow... the second track on Max's Kansas City: 1976 & Beyond  is in fact by the aforementioned band The Fast and it is a fab stick of bubble gummy power pop called "Boys Will Be Boys." Their other little gem on the album -- "Wow Pow Bash Crash" -- sounds sort of like what might happen if Marc Bolan had been backed by The Stooges on a sugar high from too many M&Ms consumed before opening for The Bay City Rollers.

The opening track by Wayne County and The Back Street Boys -- in effect, the album's title track -- is a "Sweet Jane" (Lou Reed) inspired pop audio documentary of that moment in time at the club, name-checking denizens like The NY Dolls and Blondie along the way.

The real surprise for me when listening to Max's Kansas City: 1976 & Beyond  is realizing just how poppy and melodic this album is -- its not the sneering, snotty, simplistic thrash that came to signify for many what punk rock music was all about. This is actually some pretty compelling, innovative and fun music! "Harry Toledo" by Knots sounds like a cross between post-Morrison Doors and Judy Collins' 1968 murder ballad electric take on the folk classic "Pretty Polly." The two Suicide tracks here make me kick myself for not listening to them earlier -- obviously a very influential pioneering prototype for the eventual electronic synth pop bands that would materialize in the late 70s and early 80s (drum machine, keyboards, vocals). Cherry Vanilla's "Shake Your Ashes" sounds like a lost later period Patti Smith tune. 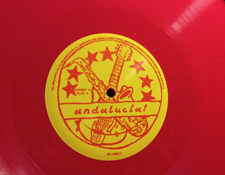 All the recordings here actually sound real good too -- these aren't the kind of Lo Fi, tossed-off records many of us became accustomed to a couple years later from the indie punk scene (perhaps that was in fact one of the reasons I never took a chance on buying it... again, my bad). No, this album sounds pretty great as power pop and mid-70s rock recordings go. Especially since this is one of the early DIY albums of the era -- perhaps the earliest! -- produced by Peter Crowley.

From the official press release, Jimi LaLumia (who is on the album backed by his band The Psychotic Frogs!) writes: "Max's Kansas City 1976 as an expanded edition two record vinyl and double CD collection, celebrates the historic first compilation of recordings by bands that were making big noise in New York City, and, thanks to a hyper active UK music press, around the world in a pre internet, truly underground manner. Melody Maker, a British music weekly, was especially keen on the post Velvet Underground / New York Dolls / Alice Cooper / Iggy & The Stooges scene that was inspiring the most unusual creatures to want to be in bands."