Periods of Transition: More Great Albums That Fell Through The Cracks

There often comes a point in the careers of many a recording artist where their initial direction exhausts itself and -- usually for fear of growing stale and/or not growing with their ever changing audiences -- they start to make changes in musical direction. Alternately, sometimes a band is just so at wits end frustration with record label politics and the soul-sucking quest for a hit record that they just throw caution to the wind and do whatever they please, come hell or high water.

Some successful examples of bands who weathered said changes by mixing things up a bit include The Beatles, U2 and Bruce Springsteen. Unfortunately for every success story there are probably at least a gazillion failures. That doesn't mean the records were bad however. In fact, some of those missed-the-mark wonders have gone on to become recognized legends influencing many subsequent generations. 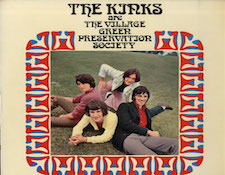 One of the grandest examples is The Kinks' Village Green Preservation Society, a near perfect record which tanked into utter obscurity upon release and is now regarded as one of the great masterpieces of British rock. It was just a bit out of sync with the times in which it was released. Quite a bit, actually. Yet it is exactly that out-of-sync-ness that makes many of those types of records almost timeless, music that could have been made at any time and -- more importantly -- enjoyed at any time: past, present and future.

Anyhow, in recent months I've noticed a little phenomenon going on amidst music collectors I've been meeting on and offline: they have been rediscovering and embracing a lot of old and fairly obscure recordings from the 60s and 70s in categories as diverse as progressive rock, lounge-y pop and even folk / singer-songwriter things. The folk stuff has especially surprised me (I won't be surprised if we see a Monsters of Mellow Soft Rock tour happening one of these days).

The other day someone on one of the music forums in which I participate on Facebook made a comment about these very people which made a lot of sense. He said (paraphrased) 'they are people from another generation listening to this lost music without any of the surrounding baggage that may have hindered its success in the first place.'

I mean, really, think about it: what if The Kinks' Village Green album hadn't been put out on the coat-tails of a perfect storm of albums by The Beatles (The White Album), The Rolling Stones (Beggars Banquet), Jimi Hendrix (Electric Ladyland), The Band (Music From Big Pink), A Saucerful of Secrets (Pink Floyd) and Big Brother & The Holding Company (Cheap Thrills)? And those examples cited are just some of the taste-making, movement defining albums that came out at that time, clearly overshadowing The Kinks work and underscoring just how out of step it was with the times.

In a different time-space zone, perhaps the world would have noticed and fallen in love with that seminal Kinks album. But again, being out of step with the times doesn't mean the record was bad. In fact, it may well mean that the music is of its own time and place and thus timeless.

And thus, again, we come full circle to the point of this list with some albums you probably have missed which I like a whole bunch for various and sundry reasons, both musically and sonically: 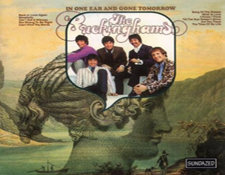 In One Ear and Gone Tomorrow by The Buckinghams (1968) -- Ok, I admit that I know this album because my older brother had it. I was with him the day he bought it, in fact, and truth be told, I almost bought it as my birthday gift from my Uncle who had taken me to a record store. Me being about 9 years old, I chose the first Partridge Family album instead. The Buckinghams album turned out to be great one that I end up listening to far more than my Partridge Family record. It was a cooler and far more mature, modern album than the earlier Buckinghams album my brother also had (the one featuring their 1967 Top 10 hit "Don't You Care"). This album has great production elements -- remember this was the band that honed the rock - brass sound that producer James William Guercio would ride to the pop stratosphere with Chicago. In fact, it is possibly due to Chicago that this fine 1968 album by The Buckinghams got short changed. A far stronger album than their other 1967 album, Portraits, In One Ear and Gone Tomorrow rings true as the band's finest hour and perhaps even their most sincere record. Should have been smashes like "Back In Love Again" only reached #57 on the Billboard charts. The string arrangements on "Simplicity" sparkle. The album is balanced with epic rockers ("Can't Find the Words," "What is Love"), blue-eyed soul ("Can I Get A Witness"), plaintive love pop ("Song of the Breeze," "Are You There (With Another Girl) and others. This should have been a huge album but again perhaps it was out of step with the times. And perhaps the band knew something we didn't regarding the record label's attention span at that time (consider that Chicago was about to break out, Janis Joplin was an overnight sensation after Monterey Pop and Simon & Garfunkel were putting out some of the most poignant music of their career on Bookends). So, yes, a title like In One Ear and Gone Tomorrow was perhaps cynically apropos. But rest assured, the world hasn't forgotten -- the album has been reissued on CD with many bonus tracks available up on Amazon. 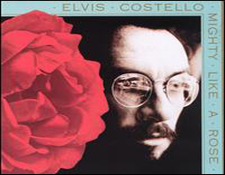 Mighty Like a Rose by Elvis Costello (1991) -- After the high-water mark that was 1989's Spike (#5 on the UK charts, #32 on the US Billboard Top 200) there was much anticipation for Elvis' follow on album. While the album called Mighty Like a Rose matched Spike's success in the UK, in the US it was a relative failure, stalling at #55 on the charts. Most people I know found this album somehow more difficult than Spike, less accessible. I never quite understood that. In 20/20 hindsight, I don't think it helped the album's chances given that it was released in the same year as Nirvana's multiplatinum breakthrough, Nevermind. Mighty Like a Rose was about as far removed Nevermind as The Kinks' Village Green was from Hendrix' Electric Ladyland. Or, perhaps it was just that Elvis was sporting a beard and long hair for the first time on that album.... or that he didn't really tour the US at that time -- I saw his one US appearance at Neil Young's Bridge School Benefit. Whatever the case, I think this album is highly under rated and worth your revisiting. Featuring shimmering production by Elvis, Mitchell Froom and Kevin Killen, the album includes a stellar band including Larry Knechtel (keyboards) Jerry Scheff (bass), Jim Keltner (drums) and Marc Ribot (guitar). Edgy, melodic, complex and detailed, this album goes from a darkly cynical Beach Boys tribute ("The Other Side of Summer") to heartbreaking ballads ("So Like Candy", written with Paul McCartney) to the tragic and hallucinogenic ("Couldn't Call It Unexpected No. 4", a song containing some of Elvis' finest and most heartbreaking lyrics to date). If you get the two CD reissue on Rhino, you'll get a whole second disc of B-sides and live tracks from the period which are just as essential (be sure to listen to the live version of "Couldn't Call It Unexpected" in which you really hear the pain in Elvis' voice -- from what I've read, the song was a reaction to his then wife's miscarriage. So, yeah, its jolly dark festival at times on Mighty Like a Rose but one that is well worth exploring and reconsidering in the grand scheme of things and not just as the "failed" follow up to Spike. 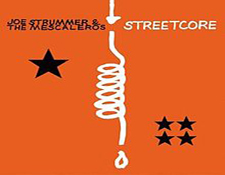 Streetcore by Joe Strummer and the Mescoleros (2003) -- I have to admit that I missed this one too when it came out. I honestly hadn't been a huge fan of the Clash back in the day and was more into Big Audio Dynamite (Mick Jones' post-Clash band) than anything I'd heard from Joe Strummer (arguably the Clash's Lennon/Richards to Jones' McCartney/Jagger). Whatever the case, a friend urged me to pick up Streetcore -- no wait, I take that back, we were out shopping for music and he bought it for me saying I needed to hear it. My friend was right. So much so that when I found the album on vinyl I snapped it up in a heartbeat (its on orange wax too!). But its the music on Streetcore that resonates. This was Joe and his new band really coming together with great songs and performances that were sadly only released after his death. Falling not that far from the rock-reggae spaces explored by The Clash and BAD, Streetcore has some amazing music on it, with an energy that jumps out of the speakers -- according to the Wiki, many of the vocals are first takes and that doesn't surprise me as there is a urgency and freshness on this album that is just a marvel. The opening one-two punch of "Coma Girl" and then "Get Down Moses" is as good as anything I ever heard by The Clash or BAD. And the beautifully placed cover of Bob Marley's "Redemption Song" will make you cry -- the only version I've ever heard to rival -- Marley's original. File under: essential.