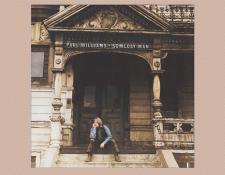 I've only just begun... going down a rabbit hole of discovery centered around the catalog of legendary composer singer and performer and current president and chairman of ASCAP (American Society of Composers, Authors and Publishers), Paul Williams.

For those who may not know, Paul Williams was the writer of many great hits from the early 70s including The Carpenters' "We've Only Just Begun" and "Rainy Days & Mondays,"  Three Dog Night's "Old Fashioned Love Song" and even David Bowie's "Fill Your Heart" (also recorded by Tiny Tim, before Bowie!).  Mr. Williams issued many records of his own over the years. While I certainly knew and loved the hits he made for others, for whatever reason I never paid much attention to his solo recordings, I will admit... 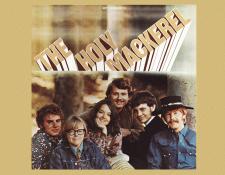 That is until recently...

A few years ago at a garage sale I found a record by a group called The Holy Mackerel, produced by none other than Richard Perry - - the man who produced the debut from Tiny Tim and Harry Nilsson's smash 1971 hit as well as Ringo Starr's self titled third solo album (also a massive hit!).  This turned out to be Paul Williams' first group!

The Holy Mackerel album was on Warner Bros. subsidiary Reprise Records and is a sweet slice of psychedelic pop rock that fits neatly in the spaces between those aforementioned artists as well as The Lemon Pipers and even some of the proto-ELO / Jeff Lynne recordings by The Move and The Idle Race. 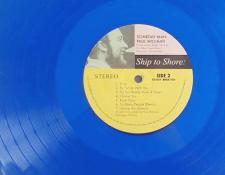 Legendary session (and Elvis Presley) bassist Jerry Scheff is on this record as is Buffalo Springfield drummer Dewey Martin!

My dive down the Paul Williams rabbit hole recently expanded when I read about a re-issue series driven by none other than The Bongos' Richard Barone, bringing back not only that Holy Mackerel album for the first time on vinyl since it's original pressing (as far as I know) but also Williams' first solo album called Someday Man.

They were both very reasonably priced and promised to be on spiffy colored vinyl so I ordered them right away and I'm not disappointed! And its a crazy bargain (click here for the order link!) 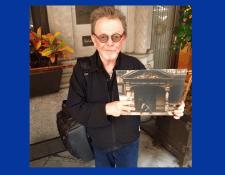 The Holy Mackerel album sounds pretty much the same as my original pressing, perhaps a little bit brighter but also quite a bit quieter. The crisp standard weight transparent orange vinyl is far less noisy than my old white label promo pressing.

If The Holy Mackerel aroused my interest, Paul Williams' first solo album Someday Man sealed the deal and made me a fan! It is really good and you can hear the roots of the more mainstream-leaning pop he would craft as the new decade began. It is a decidedly different sound than was happening in the '60s, yet also in many ways a natural evolution.

Paul Williams' Someday Man falls in that grand space between Jimmy Webb's epic late sixties pop confections for The Fifth Dimension, Glen Campbell and Richard Harris to the more intimate singer-songwriter-flavored stylings of The Carpenters, Gordon Lightfoot and Seals & Crofts.  I even hear pre-echoes of The Partridge Family coming around the bend here. 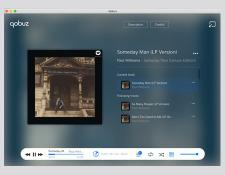 So go into this expecting big orchestral flourish, surprising musical turns, choral vocal background harmonies and even an occasional Sitar ("Time")!  Not surprisingly, you will hear many Wrecking Crew greats here including drummers Hal Blaine and Earl Palmer, bassist Joe Osborn and keyboardist Larry Knechtel. Click here for a sweet promo video Mr. Williams made to help promote this reissue.

When I put on Someday Man for the first time, the title track sounded incredibly familiar. I soon realized it was first recorded by The Monkees and sung by Davy Jones on one of their later period album Instant Replay. This is a great tune and I like Paul Williams' version much better than The Monkees version! 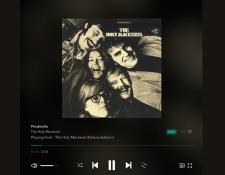 You can order Someday Man in two reissue variants (click here) one in blue from Ship to Shore Phono Co. and the other on white vinyl from Burger Records (that is the one I was sent in my bundled order). Both are limited to 500 copies each)

If you like the artists I referenced in this article, you owe it to yourself to check out these albums by Paul Williams. I am looking forward to exploring his other solo releases now!