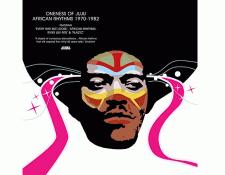 So, imagine there is the artist and band that you haven't really heard of before, yet they have this great groove, some great tunes and a legacy which included opening for Sun Ra numerous times and living in Ornette Coleman's loft for a period of time. You'd probably perk up and listen a bit, right?

I did even before I read about the Ra/Ornette connections. I was intrigued learning about a three LP compilation re-release by "Oneness of Juju," recordings made between 1970 and 1982. Three albums worth of music I'd never heard about from anyone before. There is a remarkable consistency of vision across all these recordings, which probably needs to be attributed to band founder Plunky J. Branch. 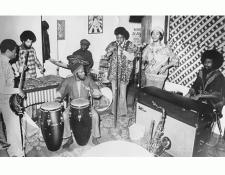 Plunky's is a fascinating story of discovery of one's passion and purpose in life, a tale of flowing energies that lead him to San Francisco and New York from Virginia and back again. Along the way, Plunky crossed paths with heroes and legends who steered him in the positive directions. This is also a story of economic reality, independent music distribution and survival. The result is a body of music that is at once accessible yet true to a broader vision.

Along the way, the group's various incarnations had waves of critical success over the years as it morphed from being called just "Juju" to "Oneness of Juju," combining curated African and Cuban rhythms with popular musical trends of the times. 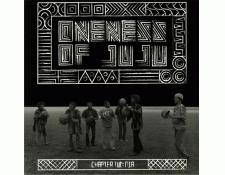 Thus its not surprising that the music on Oneness of Juju's African Rhythms 1970-1982 straddles soul, funk and jazz fusion spaces. Yet somehow it all works well together as a listening experience.

Well... at times it reminds of what might happen if The Brides of Funkenstein were backed up by Herbie Hancock around the time of Headhunters and Man-Child, with Bohannon on Drums/Percussion and Bootsy slappin' his Bass around but good. Other times their music can sound a bit more Santana-esque (think Caravansari). 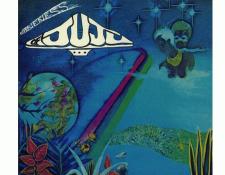 "No Name #3/Love Is..." credited to "Roach Om" reminds me of some of the spoken word / hip hop / funk pieces I've been enjoying from New Orleans' Tank and the Bangas (click here for my review of their latest, ICYMI). One of my favorite tracks on this set was previously unreleased on their albums, called "West Wind" which feels like what might happen if you cut Return To Forever-era Chick Corea and Bobbi Humphrey loose on a chill groove by Deodato...

You can find Oneness of Juju's African Rhythms 1970-1982 streaming in CD quality on Tidal (click here) and on Qobuz (click here). 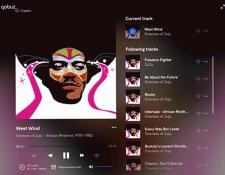 The three LP reissue from Strut Records of Oneness of Juju's African Rhythms 1970-1982 is a solid value at about $30. It includes an LP sized insert that is crammed with lots of information on the band's history (older folks, be prepared to put on your glasses or "readers" for this one as the type is tiny!) and cool photos from across the group's history.

The black vinyl set is quiet, well centered and remarkably consistent in its sound given it stretches across more than a decade and multiple recording studios.

Ultimately, if there is one thing that ties this music together is a sense of joy, love and purpose. Its there in the grooves and it jumps out of your speakers. And that alone should be more than enough for you to check our Oneness of Juju's African Rhythms 1970-1982 if you're not familiar with them.