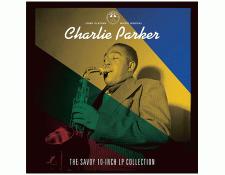 Wow... It is sort of amazing to consider that legendary Saxophonist and Jazz pioneer Charlie Parker would have been 100 years old this year had he lived.  Known to fans as "Bird," Parker was gone already well before I was born, gone too soon at age 36.  But, his legacy as one of the architect's of Be Bop and -- effectively "Modern Jazz" as we know it -- was already massive by the time I was getting into this music in the mid 1970s so I feel like I've grown up listening to Bird most of my life...

As part of the the 100th anniversary celebration of Bird's birth, Craft Recordings is putting out a wonderful boxed set -- Charlie Parker: The Savoy 10-Inch Collection -- celebrating his seminal recordings for this influential record label. 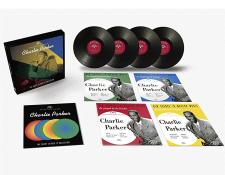 Now, many of these recordings... No... most of these recordings have all been available in many other formats... There have been vinyl boxed sets released over the years and there is a wonderful eight disc CD (10 LP!) set that includes all of his Savoy sessions as well as recordings for the Dial Records label (both of which were recorded near simultaneously).

What IS extra special about this new Craft Recordings boxed set is that they have re-created the original 10-inch LP designs as they were released in the early days of vinyl LPs (in the early 1950s). These records are extremely hard to find in any condition, so this reissue is really quite welcome. The recordings themselves were issued in the mid/late 1940s on equally rare shellac 78s, but these LPs represent some of the earliest Charlie Parker album collections ever issued. You'll hear legendary songs like "Donna Lee," "Ko Ko," "Billie's Bounce," "Parker's Mood" and "Ah-Leu-Cha." 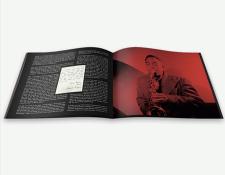 Craft has done a wonderful job on these important reissues.

Audio-wise, for recordings made some 70 years ago these sound fantastic, taken from a combination of digital and analog vinyl sources (according to the label). They did a very good job of mastering, so the sound is very consistent and quite true to the originals. I know this because I actually have one of these albums on an original pressing which I found just last year remarkably enough. As I've said these are very rare recordings and you never see these albums anywhere aside from perhaps high end collector's shops -- the copy I have didn't even come with the cover, but the vinyl was in decent condition and the price was right so being a hard core fan I had to get it. 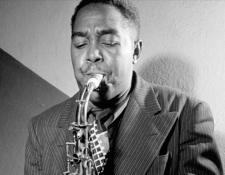 That the new editions sound like the originals is important. The big difference is that these new versions are super clean sounding. Arguably, they probably play back better than even a pristine original might. Having these important recordings on sweet new modern vinyl lets you hear this music in a form closer to how fans experienced this music back in the day.

This set really soars into the stratosphere with its packaging which is glorious. They have re-produced the album cover artwork on a very high level. These are beautiful looking and it looks like they likely found the original photographic sources, all the imagery is tight and clear. 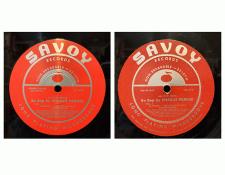 The construction of the LP covers is top notch, using thick cardboard with glossy laminated artwork. They look and feel fantastic! Craft Recordings even got the label design correct down to the detail of keeping mistakes in place if they appeared on the original labels!  You can see my original on the right and the new label on the left in this photo to your right -- it is pretty close!

This is how you do a reissue series folks. Bravo!

Charlie Parker: The Savoy 10-Inch Collection will be released this Friday, February 28. If you love Bird, you need this set.