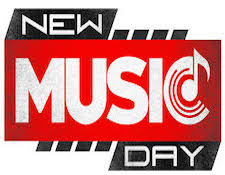 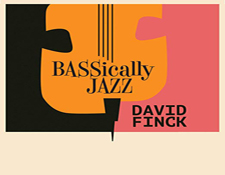 Most musicians, and certainly most jazz musicians may very likely see the bass as more or less a part of the rhythm section. David Finck is the exception. In a career spanning forty years and pairing him with some of music's most prominent names, Dizzy Gillespie, Andre Previn and Rosemary Clooney to name a few, Fink has chosen to make the bass a featured instrument. Make no mistake, this is a traditional jazz work. However, it also contains hints of samba and Latin jazz. When Track 1, "Old Devil Moon" cued up, I got the feeling I should be sitting in in a smoky nightclub with an MC saying "tonight at the Moonlight Lounge..." What follows is bass centric traditional jazz that moves from one style to another and does so unobtrusively. 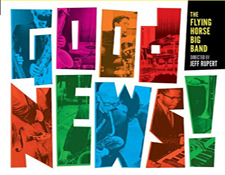 With large, multi-colored letters the title of this works just jumps out at you. Upon further inspection I noticed, in the upper right corner, the band's name and was instantly happy. I have reviewed their music twice before, once on July 21, 2017 and a second time on August 10, 2018. This being my third should indicate how much I enjoy the work from this very talented group. I am not convinced that calling them a big band is even accurate. With almost thirty musicians in total, "Flying Horse" could almost be considered an orchestra. Either way, that doesn't matter. What matters is the music. For the most part, this group's music is pretty high octane, upbeat and up tempo. With about twenty musicians comprising the Saxophone, Trumpet and Trombone sections alone, the opportunity for various movements to play off each other exists and occurs. I'm also not sure saying this is strictly "Big Band" music is accurate either. It is also traditional jazz and even swing. However it may be classified, however it may be categorized, know this - it is very good music. 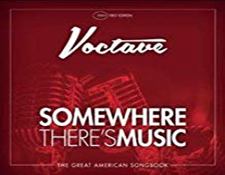 As much as I hesitate to admit, I'm just not that given to a Capella music. I tend to prefer actual music to hold onto as the song progresses. After about thirty seconds of track one, and upon the realization this work really falls outside of my window of interest, I was tempted to press "stop" and "eject." But I didn't. Maybe due diligence, maybe curiosity, maybe what ever kept me listening. And by track two, I began to change my mind. I wanted to hear more. An eleven-member group, Voctave are from the central Florida area. Their individual backgrounds range from Gospel, to Barbershop Quartet, and even to Walt Disney World. They have multiple number one songs and albums on iTunes, Amazon and Spotify. Some of the thirteen covers include "Somewhere Over The Rainbow," "Moon River," and "Zip-A-Dee-Do-Da." How's that for variety? I'm still not especially given to a Capella music but in this case, I'll make an exception. This is a uniquely listenable collection of well known songs with exceptional textures, pitch and harmonies.

Sonics: With no music I hesitate to give a rating. 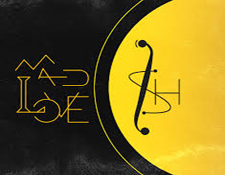 Band leader Kathleen Hollingsworth is based in Portland, OR and has been writing and performing for most of her life. She has studied piano and composition and together with band mate and drummer Brent Follis formed the group Mad Love. Together with bassist Dave Captien as well as several guest musicians, the group has released their latest work, and the culmination of playing together for four years, a CD simply titled "ISH." This is basically a traditional jazz work and is also strongly vocal driven. However, there are hints of rock mixed in for flavor. This makes sense as Hollingsworth is both a lyricist as well as a composer in multiple genres.  The eight tracks display a high degree of tight compositions as well as poetic lyrics. It has been called a work where East Coast Grit meets West Coast Soul. I'd agree with that assessment and add my own take - I thought it was very good music, music, in fact, I'd listen to again. 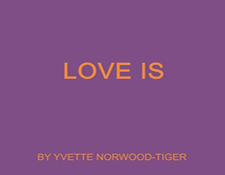 Detroit, Michigan native Yvette Norwood-Tiger is a very accomplished vocalist, songwriter and recording artist. She is a voting Recording Academy member better known as the Grammy's and is the Director of the Palm Beach International Jazz Festival. Her list of accompanying artists is widespread - artists such as Tito Puente and David "Fathead" Newman of Ray Charles fame. She has performed at venues such as Harlem's Cotton Club and the Royal Albert Hall in London. In her latest work, "Love Is," she delivers a mixture of twelve jazz standards and original compositions all in a traditional jazz, vocal driven presentation. Owing to the spirit of the title, the sound is more on the mellow, softer side and portrays a more melodic feel. Her voice, not surprisingly given her accomplishments, is absolutely stellar. Anyone who is looking for an hour or so of romantic, mood inducing music should give this work a try. You won't be disappointed. 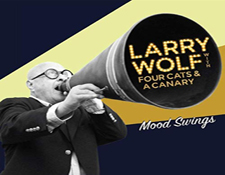 Larry Wolf is a veteran film and stage actor who made his bones working alongside Robert Downey, Sr. (not to be confused with Robert Downey, Jr of Sherlock Holmes fame). And for a real twist, he was the first, and I'm guessing, the only leader of an all female topless quartet with himself topless as well, if, that is, you don't count the cummerbund. He must be a really interesting guy as the full band name is Larry Wolf with Four Cats & A Canary. My guess is all are clothed but who knows? The fourteen works contain timeless standards such as the Gershwin classic "Embraceable You" as well as original collaborations such as "Make Me A Pallet On Your Floor." If all of this is not avant-garde enough for you, his voice is no less, how to put this - "unique."  I first thought he had little to no vocal skills at all, with his gravelly sounding voice. And at times it seems as though he is really straining and not effortlessly hitting all the notes. But really, none of this matters. Because once you realize this guy is having a lot of fun doing what he's doing, and in what I must surmise is a not really care attitude, one tends to get caught up in the music for music's sake. In no time at all I found myself looking forward to the next track and really enjoying the one I had just heard. Sometimes being somewhat anti mainstream works. Sure does here.