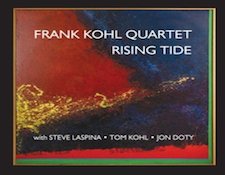 On the inside cover of the latest release from the Frank Kohl Quartet is the first line from a poem: "Jazz is the heart and soul of human kind." So it begins for Kohl's fourth release of a collection of both original music as well as two works by other artists. Kohl was born in the New York area and despite not coming from a musically inclined family, he developed a passion for the guitar. His early days were filled with a Jimi Hendrix style and upon hearing Wes Montgomery and George Benson, Kohl was forever cemented in the artistry of jazz. He portrays a particular talent for ballads a-la guitar and this is no less evidenced than on the cut "With Tears of Joy." This is a straight ahead traditional jazz work that was finely crafted and quite enjoyable. 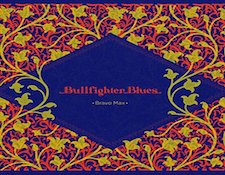 Bravo Max is a Dallas, TX based band that has been working on their latest release, "Bullfighter Blues" for some five years now. The wait has yielded a new sound for the band that is a mixture of blues / rock performed as is so commonly done by a host of Texas bands. Their intent was to release a work that had a heavier and more complex sound and was in no way a continuation of what had gone before. Part blues at times, part soft rock at times and at other times, the listener is treated to some heavy, hard charging rock and roll. Their goal was not being cast into one particular genre and I'd say they pretty much accomplished that goal. Anyone who like good ole' Texas Blues / Rock should like this one. 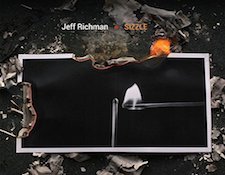 Well, the review of this work started horribly. It was just before putting the CD in the player that I discovered the batteries on my remote were suddenly dead. Then I fought with the paper CD case trying to get the disc out to the point that I was so thoroughly enraged I was about ready to tear the thing up completely.  Once those problems had been resolved, I was treated to a fine work of part traditional, part up-tempo jazz. With a career that now spans 35 years, Richman is degreed from the Berklee College of Music and even studied privately with Pat Metheny. It was living in New York that became his graduate school through attending performances by Miles Davis, Herbie Hancock, Chick Corea and Ornette Coleman to name a few. Richman was joined by the ever-talented Jimmy Haslip on bass, who also was the producer. "Sizzle" is really more than strictly traditional jazz, it is somehow flavored with a more a rock type of jazz. And despite the difficulties of a not so friendly CD jacket, and the seemingly short life span of batteries, I thought this work did just as the title proclaims. 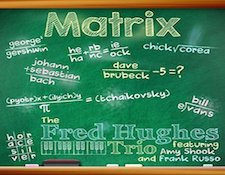 Joined by Amy Shook on Bass and Frank Russo on drums, "Matrix" is a collection of covers from a wide and diverse collection of artists. Spanning fourteen tracks in all, covers might be found of George and Ira Gershwin ("I Got Rhythm") to Bill Evans ("We Will Meet Again") to Herbie Hancock ("Dolphin Dance") to even a jazz take on Bach and Tchaikovsky. Hughes is quite masterful on the piano and along with the remainder of the trio delivers very listenable, very skilled arrangements of the covers recorded. I found "Matrix" to be something that was easy to listen to, tap my foot to and by all means, enjoy immensely.