The Fugitives - "The Promise Of Strangers" 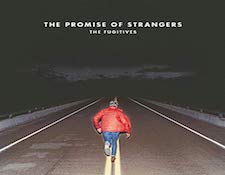 After listening to the first five tracks of the new release from the Fugitives I had yet to really decide what genre of music was the best fit.  It could have been some sort of folk / rock hybrid, or maybe strictly one or the other. Either way, leave it so say that there are hints of folk, bluegrass and rock musical anthems interposed throughout all eleven tracks. Canadian duo Brendan McLeod and Adrian Glynn are the principal players in The Fugitives with accompaniment from other session musicians. I always like songs that build in strength and complexity as things progress and "Promise" does that on more than one track. As you listen along, things pick up speed, then sometimes regress a bit, then ramp back up for a colossal ending. All of these tracks tells a story of some sort - like a mass shooting as described on Track eight "Orlando," to the memory of one of Glynn's Ukrainian Mother's lullaby's on track six, "My Mother Sang." I found a whole lot to like, great stories, great music, and absolutely a great CD. 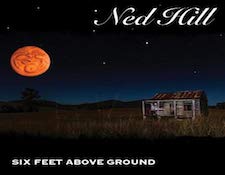 Troubadour. That pretty much sums up Ned Hill's thirty-year career traveling about playing music. He seldom gives even a pause to driving 500 miles to do a show. And in those thirty years he has amassed a lot of stories. Hill's new release, "Six Feet Above Ground," is a collection of stories about life, love, blue-collar values and hardworking folk delivered stylistically in a country / rock type of presentation. This is music to not only be heard for some perception of artistic quality, but also for the stories the singer is telling. Two of the ten tracks are quite soft and melodic and they showcase Hill's more gentle side. Those tracks are of course contrasted by the up tempo country displays such as on "That's My Story." I found myself really engrossed into the meaning behind each song and the time I spent reviewing the entire work took longer than normal. This is because I spent most of the time listening and tapping my foot because I really enjoyed Ned Hill's new release. And "That's MY Story".