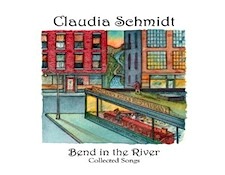 Description: Prairie Home Companion fans should be familiar with Claudia Schmidt's music since she's a regular musical guest there. Her career began over thirty years ago - she's released sixteen albums. Bend in The River gives folks who aren't familiar with her work a chance to catch up. It contains several selections from each of her five previous Red House Records releases. The title cut comes from her 1987 release, Big Earful, which aptly sums up you will hear - delicately nuanced vocals, sharp songwriting, and superb accompanists. 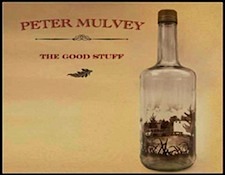 Description: Once you get past the opening cut, a soporific rendition of Melvern Taylor's "Sad and Blue," Peter Mulvey's treatments of songs written by other songwriters kicks into high gear. Randy Sabien's fiddle solo on "(I Don't Know Why) But I Do" is so hot it's downright evil. But nothing upstages Peter Mulvey's vocals. Both his phrasing and the timbre of his voice draw you into each song, sorta like the distaff equivalent of a Siren. His "Mood Indigo" is dreamy... 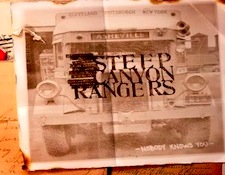 Description: Those five fresh-faced young men playing behind Steve Martin during his recent concert tours have a name - The Steep Canyon Rangers. They've been together since 2000. For their seventh album, Nobody Knows You, the Rangers have honed their sound, emphasizing their multi-part lead vocals and songwriting. Sure, they're all still hot pickers, but this album is more about songs than picking. Want to hear one of the future of bluegrass? It's here on Nobody Knows You. 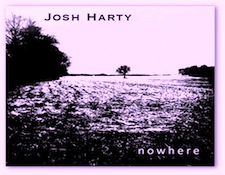 Description: Drunkenness, suicide, love, loss, all those basic Americana values, that's what you'll find in the seven songs on Josh Harty's EP/Album, Nowhere. His six originals hold up well in contrast to the lone cover, Richard Thompson's "52 Vincent," which has become one of those songs that everyone wants to cover but very few do cover successfully. Harty's live version gets off to a rocky start, rhythm wise, before settling into comfortable backhanded gallop. By the end he's got you. 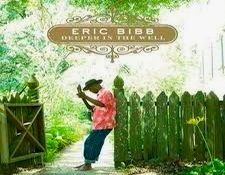 Description: Eric Bibb has been drinking deeply from the source pools of acoustic blues and folk music throughout his career. For his latest album Bibb enlisted roots multi-instrumentalist Dirk Powell and Creole fiddler Cedric Watson. Recorded, mixed, and mastered by Michael Bishop using a Sonoma DSD and Korg MR2000S DSD recorders, it sounds like I wish every acoustic album would sound. Killer.