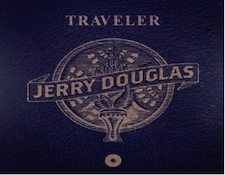 Description: Anyone familiar with Ry Cooder's version of "Almost Done" will find the opening cut on Jerry Douglas' on latest release, which is Douglas version of the song, fascinating. Douglas' fluid slide style gives the song a less rustic, but still emotionally charged edge. A plethora of guest artists supply the album with some serious star power. Eric Clapton, Keb Mo, Mumford and Sons, Marc Cohn, and Alison Krauss and Union Station, all contribute lead vocals. Clapton's song, "Something You Got" has a New Orleans feel, while Marc Cohen's tune, "Right on Time," brings a Memphis white-soul tinged performance to the album. Produced by Russ Titelman, the sound is top-tier. 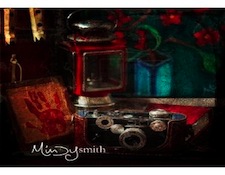 Description: For her fifth album Mindy Smith returns to her roots - well-crafted original songs. Smith took some time off after her last album to "invest in myself" which involved reacquiring the rights to her song's publishing and making sure all the new material was under her own copyright. With eleven new original songs delivered in a simple yet powerful vocal delivery style, Smith's latest continues to expand and explore her unique version of Americana. Co-Produced by Jason Lehning and featuring a core band that includes Bryan Sutton on guitar and Dug Dugmore on pedal steel, the album sounds harmonically rich, intimately detailed, and wide open. 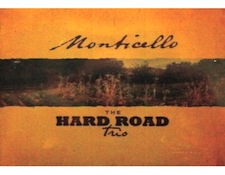 Description: The Hard Road Trio features Steve Smith on mandolin, vocals, and guitar, Chris Sanders on guitar and vocals, and Anne Luna on bass and vocals. This New Mexico-based group performs all original music on Monticello - eleven of the twelve songs were co-written by Smith and Sanders and one by Luna - and if you're expecting cowboy songs, well you're in for a surprise. The music is more folky and bluegrassy than C&W. Perfect three-part harmonies, Spartan arrangements and awesome mandolin playing make Monticello something special. 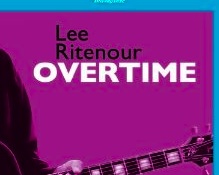 Description: Recorded over a two-day period with an all-star band including Chris Botti on trumpet, Patrice Rushen on piano, Ernie Watts on flute and sax, and Harvey Mason on drums. With both two-channel LPCM and 5.1 in DTS-HD, this Blu-Ray shows how stellar the medium can sound. The nineteen cuts include jazz-funk versions of "Papa Was A Rolling Stone," and "A Little Bumpin'." As a bonus, the disc includes four selections from a live performance with Dave Grusin from the 2011 Montreux jazz festival. 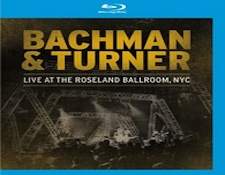 Description: Recorded on November 16, 2010, this live show serves as a "best of" compilation of the songs that Bachman and Turner have taken care of business with for the last 40 years. Randy Bachman's electric guitar and Fred Turner's bass are augmented by Marc LaFrance on drums, and Brent Howard Knudsen and Mick Dalla-Vee on guitars. They cover all their hits including "American Woman," "You Ain't Seen Nothin' Yet," and, of course, Takin' Care of Business." As you might expect from a recently recorded live show, the audio and video are excellent.