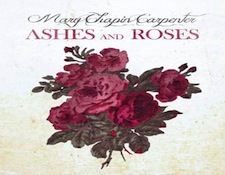 Description: Longtime fans won't be disappointed by Mary Chapin Carpenter's latest. Co-produced by Matt Rollins, and featuring a duet with James Taylor, the overall sound is as lush as her lyrical melody lines. Many of the arrangements here remind me of Chapin Carpenter's classic albums produced by John Jennings. The judicious use of the then-new Martin Backpacker guitar as a lead instrument gave these albums a special sound. Rollins, who also played on those releases, has recreated that warm, intimate, yet polished Mary Chapin Carpenter sound her fans have come to love. 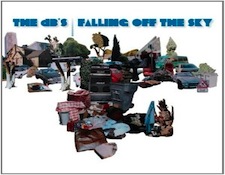 Title: The DBs - Falling Off the Sky

Description: Even though Gracenote thinks this is a Chris Stamey album, Falling Off The Sky is the first new dBs album in thirty years that features the band's original personnel. During the intervening years some of the freshness of the dB's sound has dissipated, but Stamey, Holsapple, Rigby, and Holder still manage to sound spirited and enthusiastic. The dB rock recipe combines surf-rock textures with spunky rhythms and cheeky lyrics. And despite the long hiatus, the dBs latest is worthy of sharing shelf space with their 1982 classic, Repercussion. 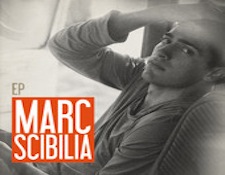 Description: This six-song EP highlights Marc Scibilia's soulful vocals, groove-oriented songwriting, and classic R&B-influenced arrangements. Scibilia spent two years recording in various studios with different musicians to find the "the danger of live performance but with the quality of a studio recording." These six cuts show that his efforts bore fruit. The first single from the EP, "How Bad We Need Each Other," debuted at #1 on iTunes Singer/Songwriter chart, but get the CD - this music deserves to be heard in an uncompressed format... 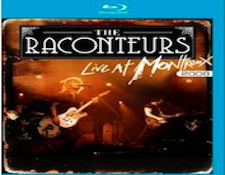 Title: The Raconteurs - Live at Montreux 2008

Description:  In 2005 guitarist/songwriter/producer Jack White joined with solo artist Brendon Benson, drummer Patrick Keeler and bassist Jack Lawrence to form the rock quartet, The Raconteurs. In 2008 they played Montreux as part of their tour behind their second album, Consolers of the Lonely. This Blu Ray documents that concert show. If you're a Raconteurs fan, obviously this very well produced and carefully engineered Blu-Ray is a must-have. For everyone else the question is, "How much do you like Jack White?" 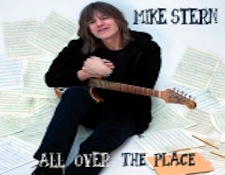 Title: Mike Stern - All Over The Place

Description: Despite the unattractive cover pic, the music in All Over The Place is both accessible and luxurious. Mike Stern's lush guitar tone and lyrical melody lines combine with Kenny Garrett's soaring saxophone and Victor Wooten's bouncing bass to create cutting-edge fusion style jazz. Return to Forever fans will feel right at home, since Stern's approach and arrangements are a logical musical extension of Return's rhythmically complex funk-fueled jazz aesthetic.